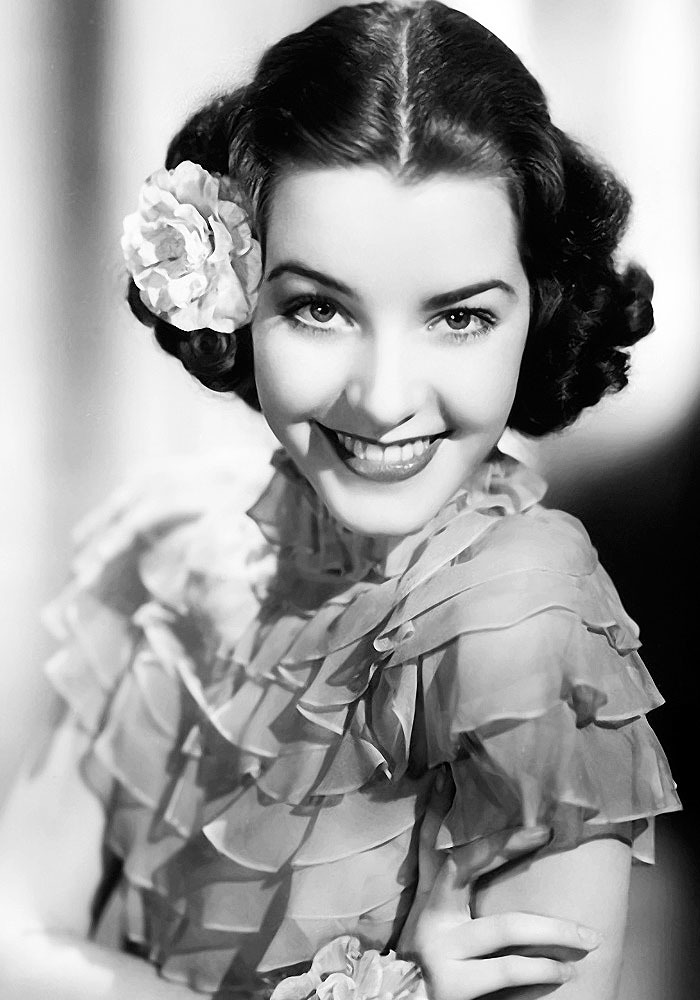 At a 2012 talk at the Egyptian Theatre in Hollywood, California, Marsha described having visited that theatre when on vacation as an 11-year-old child, dreaming of one day being a movie star. She said how amazing it was that not only did her dream come true, but that she could return to that theater so many decades later, able to look back on a long career as an actress.

Marsha's film career began at Paramount in 1935, when she was just 17 years old. She later wrote of her 'astonishing good luck' being given lead roles from the start of her career. She starred in 'B' Westerns opposite actors such as Buster Crabbe and John Wayne, and also had a notable bit role at the very end of the classic Jean Arthur comedy Easy Living (1937).

By 1939 she had landed at MGM, where like many other actresses under contract at the studio, she got her start as a supporting player in an Andy Hardy film, The Hardys Ride High (1939).

As Marsha climbed through the ranks at MGM, she also occasionally worked for other studios in films such as Irene (1940) and Ellery Queen, Master Detective (1940). She worked steadily at MGM throughout the 1940s, having appeared in over two dozen films for the studio by the time she left in the late '40s.

Marsha's post-MGM career included Smash-Up: The Story of a Woman (1947), in support of Oscar-nominated Susan Hayward, and the classic film noir Raw Deal (1948).

Marsha also appeared in theatrical productions and did a considerable amount of television work beginning in the late '40s and on through the '80s. Her last TV appearance was in an episode of Star Trek: The Next Generation in 1988. As recently as 2008 she starred in The Grand Inquisitor (2008), a short film written and directed by Eddie Muller of the Film Noir Foundation and TCM's new on-air correspondent. In her 90th year she did a live reading at the Hollywood Bowl's Easter sunrise service in 2008.

In 1993 Marsha authored a beautiful book, The Way We Wore: Styles of the 1930s and 40s and Our World Since Then, examining fashion through her huge collection of beautiful movie stills.

A documentary titled Marsha Hunt's Sweet Adversity has been in production for the last couple of years and is still looking for financial backing.

Marsha's life hasn't always been easy. She lost her only child soon after her birth, a tragedy which was followed by dealing with the blacklist. Her husband of four decades passed away back in 1986. Despite these difficulties, Marsha radiates serenity and optimism. In a 90th birthday interview a few years ago she said, 'I've had the fullest 90 years imaginable. I can't think of a year that was wasted. They were so crammed with variety and privilege and opportunity.'

When I met her in 2011, Marsha clasped my hand and said, 'I've had a wonderful life!' I'll never forget that special moment.

These Glamour Girls (1939) - This soapy melodrama is entertaining viewing thanks to Marsha and a great cast, including Lana Turner, Lew Ayres, Richard Carlson, Anita Louise, and Ann Rutherford.

Pride and Prejudice (1940) - Forget about the anachronistic costumes and sit back and enjoy this splendid Austen adaptation, with a fine cast including Greer Garson, Sir Laurence Olivier, Edmund Gwenn, and Ann Rutherford. Marsha plays awkward Mary; she told me that because she was actually quite musical, she had to practice singing off-key for weeks!

I'll Wait for You (1941) - This is a somewhat shorter remake of a favorite Robert Montgomery-Maureen O'Sullivan film called Hide-Out (1934). I'll Wait for You is a very enjoyable film in its own right, with Marsha starring as a sweet farm girl who falls in love with a racketeer on the run from the cops, played by Robert Sterling.

Blossoms in the Dust (1941) - Marsha is notable in an emotional role as Greer Garson's tragic adopted sister.

Seven Sweethearts (1942) - Marsha has a fun comedic turn as the stage-struck oldest sister of seven daughters. One of her younger sisters is played by Kathryn Grayson, who falls for reporter Van Heflin. Directed by Frank Borzage, this movie is very enjoyable.

The Human Comedy (1943) - Marsha was part of an all-star cast in this classic MGM tale about life in a small town during WWII. Mickey Rooney, Van Johnson, Donna Reed, and James Craig are just part of the fine cast, directed by Clarence Brown.

Lost Angel (1943) - One of my favorite Margaret O'Brien films, Marsha plays opposite James Craig again in the story of a runaway child genius.

Bride by Mistake (1944) - Marsha plays Sylvia, the loyal secretary to Laraine Day, portraying an heiress wary of fortune hunters. Sylvia impersonates her boss at public events, to the increasing consternation of her new bridegroom (Allyn Joslyn). This entertaining comedy remakes The Richest Girl in the World (1934), in which Fay Wray played Marsha's role.