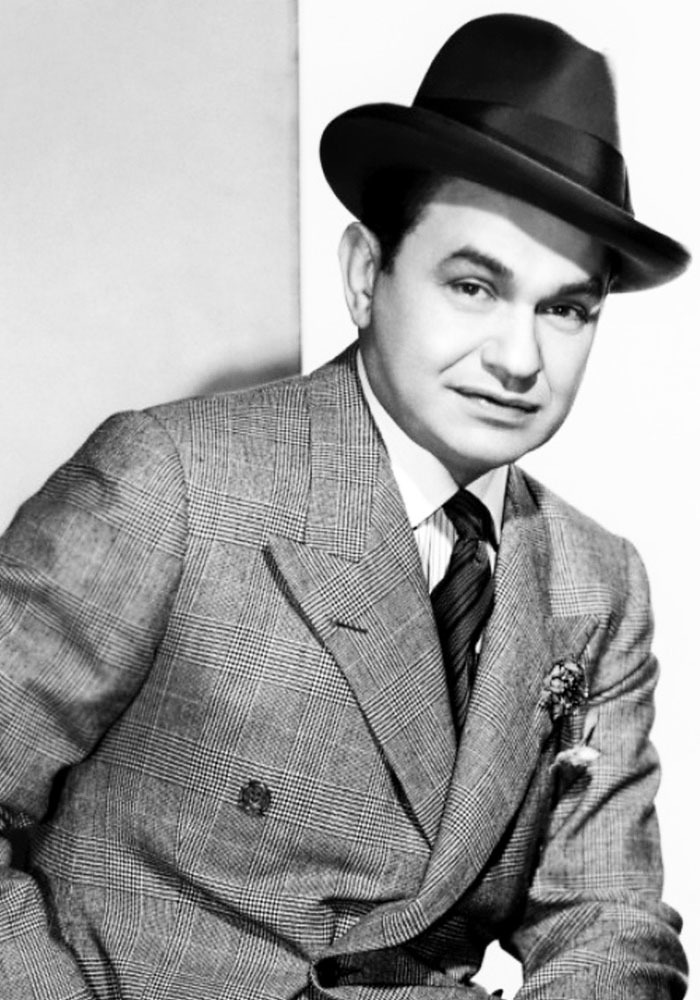 Next to gold diggers and mustachioed cads, journalism was one of the most popular on-screen professions during the pre-Code era. Fast-talking reporters livened up early sound films, freeing them from the stiff feeling plaguing many pioneering talkies. In movies like Broadway transfer The Front Page (1931), a crackling newsroom comedy, Hollywood seemed to finally understand how to make sound pop.

Newspapers were a bigger, more competitive business in those pre-Internet and television years. Reporters had to be on their toes, and their exploits provided endless possibilities for great plots. After all, a newshound could be found most anywhere, so long as there was a story to be hunted down. Because of this flexibility in setting and subject, journalists showed up in many genres, sniffing around for news in comedies, dramas and even horror flicks.

Here are some of the best bets for pre-code journalism excitement:

In one of the darker picks on this list, Joseph Randall (Edward G. Robinson) is a tabloid editor always in ruthless pursuit of sensational scoops. However, he develops a conscience when he finds he is reluctant to follow his publisher's order to do a series on a 20-year-old murder scandal involving secretary Nancy Townsend (Frances Starr) and the man who impregnated, but refused to marry her.

The secretary is now happily married and her daughter Jenny (Marian Marsh) is engaged to a wealthy and socially prominent young man (Anthony Bushell). Boris Karloff is a sneaky reporter who draws Townsend and her husband into his confidence, only to dig up dirt to fling at them in the press. The protective mother is horrified, and begs Robinson to cancel the series. Aline MacMahon is the voice of reason as Randall's secretary, who has always been in love with him, though even she sees that he is going too far in his persecution of Townsend.

It's a tense drama. Everyone in it either pushes, or is pushed, just a little too far. The cast of pre-Code all-stars communicates that strain to great dramatic effect.

Though this snappy comedy with touches of drama covers some of the same ground as Five Star Final, it does so with a lighter tone. Lee Tracy, an actor who played many a mischievous reporter in the pre-Code era, is Alvin Roberts, a troublemaking gossip columnist who finds himself in trouble with the mob.

Roberts specializes in announcing 'blessed events', whether the parents-to-be like it or not. One such announcement rubs a gangster the wrong way. As if that isn't enough, Roberts' mother has a raging crush on his nemesis, the swoony radio singer Bunny Harmon (Dick Powell, quite perky in his first film role).

When Alvin accidentally destroys evidence that could save his tail, he goes into panic mode, amping up his fast talk and clever maneuvering to warp speed. Along the way, he suffers a crisis of conscience similar to that of Edward G. Robinson's tabloid editor, but the focus is on laughs, and there are plenty of them.

Ultimate pre-Code newsman Tracy is at his sleaziest and most slippery here. You know you shouldn't be on his side, he's all trouble, but the rascal is so fun to watch you end up pulling for him.

A more low-key Lee Tracy takes to the sidelines in this drama starring Douglas Fairbanks Jr. as Jimmy Russell, a Broadway columnist who goes to great lengths to save his girlfriend Mary Wodehouse (Frances Dee) from trouble. As lovely as she is, the hapless society dame doesn't hold a candle to Jimmy's pal Sally (Ann Dvorak), who pines for the reporter while trading wisecracks with fellow reporter Stanley Fiske (Tracy).

In a twisty, fast-paced story with plenty of surprises, Jimmy and Mary find themselves in and out of trouble while Stanley and Sally try to keep up. The dialogue snaps and Dvorak is especially sympathetic, making the most of her supporting role.

With his snap-crackle-pow energy, James Cagney was born to play a reporter. In this comedy with flashes of drama, he is Danny Keane, an ex-con who decides to play it straight as a photo journalist. The newspaper business is not exactly straight though, and Danny finds his old tricks work just as well in a so-called 'legitimate' job. Then he goes too far, conning his way into an execution and making off with a forbidden photo.

Despite police corruption, capital punishment and a shoot-out nearly as intense as the famous showdown in Scarface (1932), the tone stays light. This is due to Cagney, who even in his most vicious roles always seems ready to crack a joke. He flits around with the agility of a boxer, always this close to paying for his misdeeds. He's a magnet for trouble and a master of avoiding consequences.

This was an unusual role for Joan Crawford, who spent most of her early thirties films working her way up in society. In this drama she starts at the top and endures a sharp fall from grace.

As socialite Bonnie Jordan, Crawford dances her way through life, living it up at yacht parties and diving into the ocean in her lingerie. When her father dies, his fortune dries up, so she decides to become a reporter and earn an honest living for the first time in her life. Her brother Bob is less enthusiastic about joining the rat race, falling into bootlegging, which leads to more trouble than he can handle.

Bonnie goes to work investigating a murder, which she soon finds has been committed by Bob. She goes undercover, woos mob boss Clark Gable and in general demonstrates more backbone than her hapless sibling.

This is one of many Gable and Crawford movie pairings in the thirties. They also had a smoking affair when the cameras weren't rolling and that heat translated to the screen. Watching these two develop their personas, while clearly enjoying each other's company, is one of the great pre-code thrills.

This weirdly pink two-strip Technicolor horror flick gets a bizarre shot in the arm from Glenda Farrell as Florence Dempsey, a reporter who will be out of a job if she doesn't find a scoop pronto. As a sort of female counterpart to Lee Tracy, Farrell shoots out lines with rat-a-tat speed in what would otherwise be an unrelentingly grim, horrifying tale.

She investigates the disappearance of a body from the morgue, making a connection between the crime and a new wax museum where the figures are disturbingly realistic. Farrell goes into high gear when she realizes her lovely roommate (Fay Wray) is in danger of becoming the next victim, or work of art depending on your level of psychosis.

The mix of horror and snappy journalism comedy shouldn’t work, and occasionally the tone is a bit uneven, but it is still an effective film, its oddities both perplexing and enjoyable.