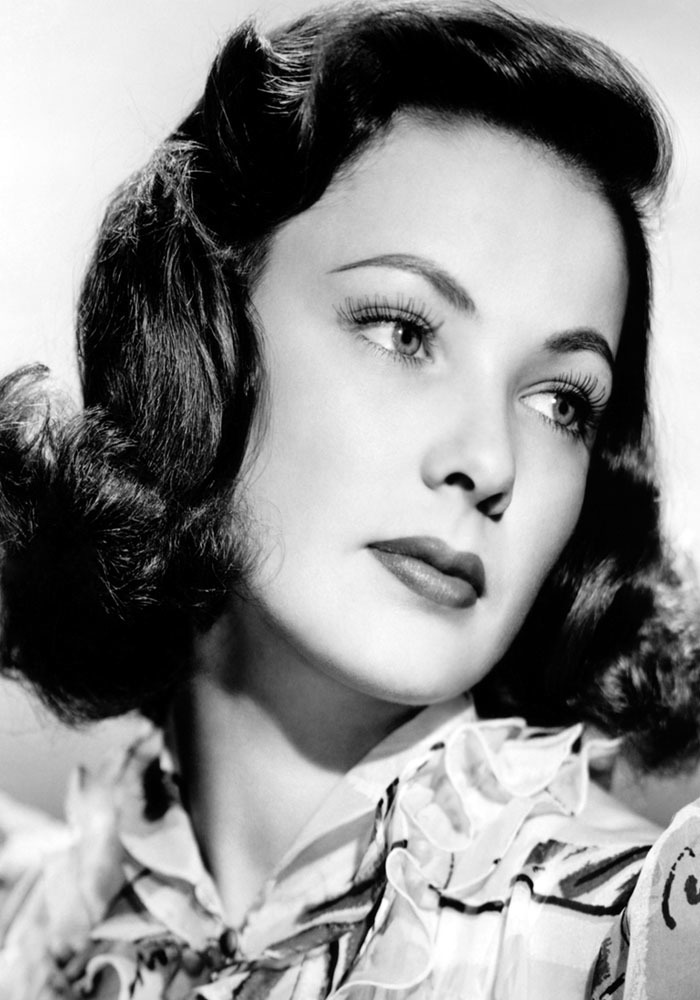 When we think of film noir, dark, foggy streets and shadowy black and white cinematography often come to mind. That look is as closely tied to the genre as its fatalistic themes. Noir is about more than gloomy grey alleyways though. Sometimes it pops with juicy, lurid color.

It seems so wrong to film the darkest moments of the human soul in rainbow hues, until you realize the bleakest tale is often of the evil that unfolds in broad daylight. What could be more jarring, and effective, than seeing evil bloom in the sort of beautiful setting associated with happiness and safety?

Here are some of the best color excursions into the sinister world of noir:

I can think of few worse crimes of cinema than to film the made-for-Technicolor Rhonda Fleming and Arlene Dahl in black and white. The two glamorous redheads couldn't help but make an impact in any format, but they really pop in color. Here, they are sisters; Fleming a hardworking secretary to an upstanding mayoral candidate (Kent Taylor), Dahl a kleptomaniac recently out of jail for her latest offense. The women find themselves mixed up with the mob and the shady John Payton, who wants to grab the crime boss job for himself. The plot definitely takes a seat when scene-stealing Dahl appears, slinking down the stairs in emerald green, oozing mischief and charisma. The mob learns soon enough never to mess with a redhead. Legendary noir cinematographer John Alton (He Walked By Night [1948] , Border Incident [1949] ) steps out of his black and white comfort zone to find the most sinister of shadows among all those bright hues.

As a woman who loves with frightening possessiveness, Gene Tierney brings psychotic evil to the most peaceful of surroundings. The opening title innocently reads 'Deer Lake, Maine' but the pounding timpani on the soundtrack warns viewers that this is not going to be a peaceful lakeside escape. If Technicolor was not made to show Dahl and Fleming to their best advantage, then it had to have been born to capture the brightness of Tierney's simmering green-eyed glare. She is so magnetic that whispers of incest, murder and jealousy fade away and you actually begin to feel a little sorry for this frightening woman who simply wants to be alone with her man. Once again, it is the shadows contrasted with color that give this film a remarkable noir look. The carefully latticed darkness stretching across a terrace at night, creating a creeping menace in the midst of a peaceful night, powerfully foreshadows doom, and many of the characters show they can sense it.

Tierney takes a secondary role in this New York mystery that's sort of a criminal take on All About Eve. She is the wife of a famous Broadway producer who naively lets an aspiring writer take him into her web. When the ambitious woman turns up dead, in their bedroom, he claims innocence, but all clues point towards him. As the dangerous young scribe, Peggy Garner is straightforward, but grating. She gets what she wants with nerve, somehow making that substitute for charm. It's much more enjoyable to watch Ginger Rogers, the Margo Channing of the piece, still snappy in a late career role and stealing all of her scenes. The plot is twisty and the sets and costumes are glamorous in this tense bit of Broadway/Park Avenue intrigue.

As the murderously unsatisfied wife of an ex-soldier suffering from mental illness, Marilyn Monroe achieves the astonishing feat of providing competition for Niagara Falls. She throws everyone but her screen husband Joseph Cotton--who is deeply sympathetic in his role--into a black hole whenever she appears. In this breakthrough year of her career, Monroe sparkled in musicals and comedies, but here she proves that she had dramatic power long before she decided to polish her skills at the Actor's Studio. With bright red lips and a scandalously cut pink dress, she somehow makes you forget that the movie also stars the surging trio of waterfalls. This is not to say the attraction doesn't have its moments. This sinuously dark as this tale would not have been nearly as powerful without the many stunning views of this legendary honeymoon destination.

Cyd Charisse slinks through Chicago in the 1930s, a cynical nightclub dancer who makes a little cash on the side as a party girl. The lithe limbed star glitters in her dance numbers, which are contrasted with a rather glum story of mob corruption. Cyd maintains her glamour in the sleaziest of situations, beating an uninvited visitor to her dressing room with a hairbrush until he bleeds and recoiling at, but handling, the sight of her roommate with slit wrists in a bathtub full of blood. The bright reds and purples in director Nicholas Ray's palette give the movie a bruised feel, as if everyone has taken a beating. As a crippled attorney, Robert Taylor demonstrates an uncharacteristic gravity and a nicely matured performance style.

All the things that distinguish this Samuel Fuller-directed noir are in contrast to the most familiar traits of the genre: the widescreen, vibrant Japanese locations, artfully colorful cinematography and an opening narration more authoritarian than world weary. But then there's undercover agent Robert Stack, sloppily wrapped in his trench coat, Robert Ryan as a brutal, but mesmerizing crime boss and Shirley Yamaguchi as Mariko, the perfect noir ingénue. Amid all the shots of enormous Buddhas and Mount Fuji, there's a crime plot as dingy as a second string mob flick from the forties. This is the perfect marriage of fifties gloss and World War II era cynicism.

Robert Ryan shines again as a tricky millionaire who has been left for dead with a broken leg in the desert by his wife and her lover. Here the color is all about contrasts: pops of yellow and green clothing against the endless sand and the tense zing of spouse-fatale Rhonda Fleming's emerald eyes. Once again, the actress demonstrates that she was meant to be a star in the age of Technicolor.