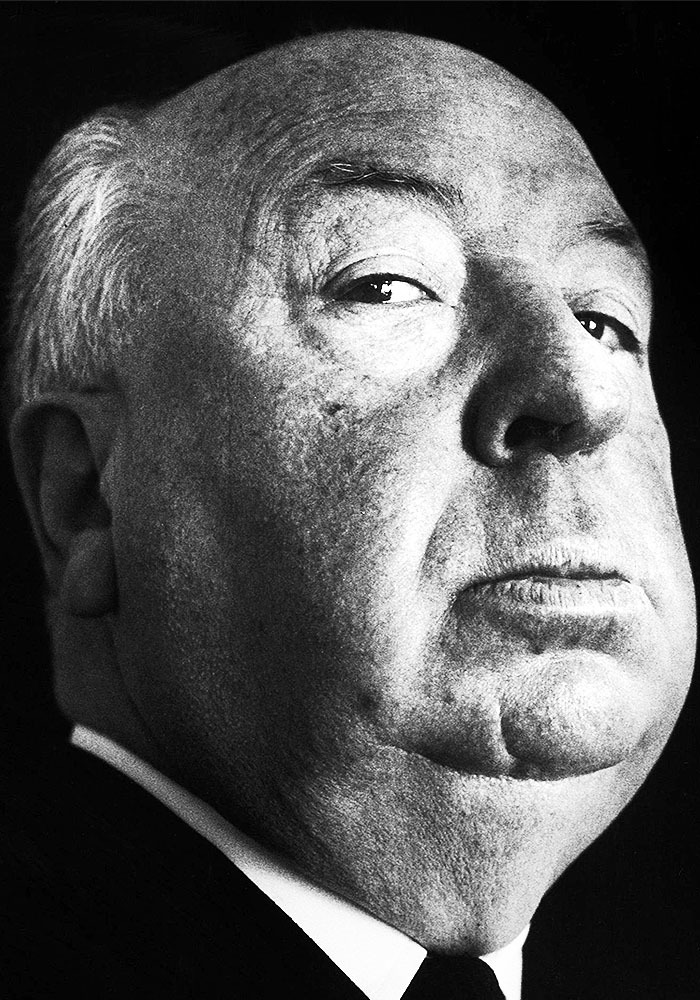 In the first part of this retrospective; we tracked young Alfred Hitchcock through his earliest films. In 1934, he purchased the rights to Bulldog Drummond's Baby (but not the Bulldog Drummond character) and began fashioning one of his most famous thrillers.

'I think you'll find the real start of my career was The Man who Knew too Much.' - Alfred Hitchcock

Non-stop fun and much closer to what the director would give us from now on than what he'd given us so far.

Leslie Banks and Edna Best are Bob and Jill Lawrence; with their young daughter Betty (Nova Pilbeam), they're off on holiday in the Alps, and having a ripping good time. They meet up with a dear friend of theirs, who flirts with Mom and gets the first dance with her at the formal. With the crack of window glass, the movie suddenly switches from light comedy to murder; the friend looks down at his chest and sees a spreading blood stain, to his surprise and ours. He hurriedly whispers a secret and hands Jill his key before dying; it seems he was a French spy. The secret, hidden in his shaving brush, is about the assassination of a diplomat by anarchists bent on starting another World War, but that's the film's MacGuffin, and at THIS point, we should explain what that is, because it's a big part of Hitchcock's legend. The MacGuffin is the one thing in the film the characters in the movie care desperately about, but we, the audience, do not. It could be anything, and in fact, it usually doesn't matter WHAT it is, so long as there is one. In the case of The Man who Knew Too Much, it's a secret message; in Notorious, it's what the Germans are hiding in the wine cellar; in Psycho, it's the 0,000 Janet Leigh steals.

The assassins kidnap the daughter to keep mom and dad from revealing the assassination plan; in a frenzy to rescue their child, Bob first stumbles across a murderous dentist, then a cult of sun worshipers, then the head of the killers: Peter Lorre, with a massive scar across his forehead and a white streak in his hair that makes him look like a skunk.

The film is a roller-coaster of fun and suspense, and Lorre brings a huge amount of menace to the proceedings, really stealing the picture. Okay, that's not totally true: this is very much Hitchcock's film with a delight of directorial flourishes. There's the passing of a key given great weight on the screen, which we see again in his films, and the sequence mimicked later with the passing of the little girl's pin from killer to mother. The Royal Albert Hall climax sequence is a masterpiece of editing and acting (silently) by Miss Best; her terrified glances around the Hall turn into a swirl of images that fade to a bright light that slowly focuses on the gun barrel pointing from behind a curtain. (Camera tricks were used to reproduce the Albert Hall on a rather small set.)

Gaumont, unlike BIP, had an opportunity for good bookings in America, and The Man who Knew Too Much was the first Hitchcock hit stateside. 'An electric atmosphere... the audience is enthralled,' raved the New York Times. 'Best crime melodrama of the season, beats Hollywood at its own game,' said the Herald Tribune. The studio quickly green-lit the next Hitchcock project.

As a young man, Hitchcock had been a big fan of John Buchan's adventure stories, five of which featured a gentleman by the name of Richard Hannay. In later years, Hitch wanted to adopt one of them, Greenmantle, a Great War thriller, to the screen, but the budget was prohibitive, so he settled on The Thirty-nine Steps instead. Re-reading it 20 years on, he discovered the plot was rather too dependent on coincidences and there was a lack of female participation. So Alfred and close collaborator Alma Hitchcock and their writer of the period, in this case Charles Bennett, tossed out much of the book, replacing it with comedy and romance and crafting one of the very best of all Hitchcock films: The 39 Steps.

Robert Donat as Hannay attends a music hall performance that includes Mr. Memory, a remarkable chap who can recite facts and figures until the cows come home, and tell you exactly what the history of the entire breed of each cow on earth is. A disturbance breaks out, shots are fired, and Hannay ends up fleeing with a beautiful but mysterious woman (you know the type) to his flat. She's a paid mercenary currently working on behalf of Britain; a spy ring called the 39 Steps, headed by an unknown gent with a stump where his right pinkie finger should be and is trying to get a secret something out of the country from a small town in Scotland. By morning, the lady's dead, the cops and 2 assassins are after Hannay, and he's off on a cross-country escapade that's going to find him handcuffed to the lovely and reluctant handcuffee Madeleine Carroll.

Movies absolutely do not get much better than this, in any era or any genre; a delight from start to finish, and I can't imagine not falling in love with this movie, no matter what you think of Hitchcock. He never really improved on it, just tweaked this part or that to create his future canon of thrillers.

Donat and Carroll both became major stars , the cinematography (by Bernard Knowles, working with Hitch for the first time but not the last) and set design (nearly everything was filmed on Gaumont's sound stages, requiring the trucking in of an awful lot of sheep) are amongst the best you'll see in any film of the 1930s. And the various escapades! Hannay in a country home with a religious fanatic and his put-upon wife (what a heartbreaking sequence!); Hannay forced to address a political rally on behalf of...well, something or other, he'll wing it; Hannay and Pamela removing her stockings while handcuffed together...Yes, Hitch returned to this type of thriller again and again, but he was never topped, by him or anyone else, even with the celebrated North by Northwest. The film was a smash on both sides of the Atlantic, and was followed by the not-very-good The Secret Agent, the good Sabotage, and the delightful Young and Innocent before we find the next Hitchcock masterpiece.

Hitchcock had one film left on his Gaumont contract and was looking to move to America to make bigger and better films. In England, the studio dusted off Lost Lady, a film adaptation of a novel by Ethel Lina White. The project had begun under director Roy William Neill (who was American and would go on to direct a slew of Sherlock Holmes films and Frankenstein Meets the Wolf Man), but politics intervened during background filming on the continent and the project languished. Whatever Mr. Hitchcock thought of a project being assigned to him so far along in its creation, he took to the script, expanding the opening sequence (in a mythical country's hotel) to better introduce the characters, writing a new finish (a shoot-out, reminiscent of The Man who Knew Too Much), and adding more for the two wacky Englishmen, Caldicott & Charters, to do. The result is The Lady Vanishes, one of Hitch's best-loved, a perfect concoction of thrills, mystery, and laughs, with a witty script and a terrific, unusual-for-Hitchcock cast. It's hard not to love this film. Truffaut told Hitch he'd tried to watch the film many times to see how it was done TECHNICALLY, but he always ended up engrossed in the story.

A group of travelers returning to England are forced to stay the night in a railway inn in Bandrika, whose inhabitants speak the silliest language outside of Pig Latin. For 24 minutes not much happens beyond various inconveniences for various pilgrims, including a pair of Cricket-crazy Englishmen, three beautiful young women, a couple cheating on their respective spouses, a doddering old governess, and a rude young musician who keeps one of the beautiful young women awake with his horn. We're not even sure which of these people is going to vanish once the trip gets underway; turns out to be the doddering old governess, and the sleepless beautiful young woman and the rude young musician are going to do their best to find her - if she ever even existed, which everyone else on the train denies.

At the 24-minute mark, shadowy hands strangle a street singer, and suddenly the suspense part of our picture kicks in. From there on in, while much of the comedy continues (and it's the funniest comedy Hitch ever directed), there's a dark edge that gives the whole thing a solid foundation as a thriller, too.

The humor here is droll and the dialog is hilarious. 'It is a bit queer. I mean, after all, people don't go about, tying up nuns,' one character says. The musician tells his leading lady, 'My father always taught me never desert a lady in trouble. He even went so far as to marry my mother.' And as for Caldicott & Charters, well...some reviewers have cited them as openly homosexual characters, but I think they're just non-sexual in that Laurel & Hardy way, seemingly clueless as to why the vivacious maid whose room they've been assigned to acts the way she does, or why it raises an eyebrow that they're in bed together reading the paper with their pajamas hanging on a clothes line. Naunton Wayne and Basil Radford would reprise these popular characters in other films.

Our leads, Margaret Lockwood and Michael Redgrave (Mr. Redgrave subbing for Hitch's first choice, Robert Donat) are terrific, quite appealing and have lovely chemistry. Paul Lukas is a doctor who's WAY too eager to help, Dame May Whitty is perfect as Miss Froy, the vanished governess, and the entire cast is outstanding. Yes, the entire thing is silly in its way, but even so, the story is delightful and there are so many wonderful touches that you can't help but enjoy the ride. A climactic fight takes place in the train's baggage room where a magician's props are stored, and not only does the 'vanishing lady' trick box feature largely in the sequence, but the magician's rabbits peek out of his top hat to watch the action! The finale, a shootout on the train, so closely resembles an old western that one of the British characters says, 'I'll hold down the fort.' And yet, politics are involved, as England was only months away from war: the pacifist character is shot in the back when he tries to make peace with his enemies.

What a great film this is, second only to The 39 Steps during this period of Hitchcock's career.

As soon as filming was complete, Hitch and Alma sailed back to America, where he 'shopped himself around' to all the studios. Finally, David O. Selznick signed him to a deal, but for less than he was asking. That was okay, though; it was America, and Hollywood. Selznick had two ideas in mind for Hitch, Titanic and a film adaptation of a new book he'd optioned, Rebecca. Alas, the producer was tied up with Gone with the Wind and no start date was stipulated for either picture, so Hitch didn't get paid until there was. He returned to England, where Charles Laughton wanted him to direct a pirate film, Jamaica Inn. It was Hitchcock's last picture before moving to America.

Next: The Selznick Years.