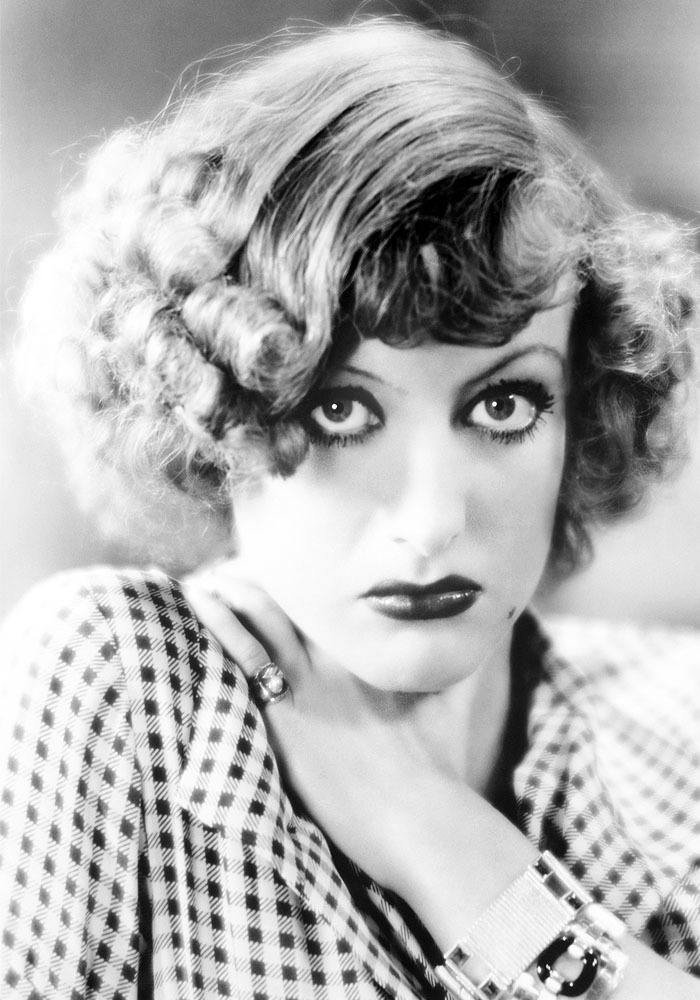 Sex, crime, drugs, alcohol, and a young woman who is vulnerable to it all, put them in an isolated location, add a little heat, and morals melt away. At least that seemed to be the way studios reasoned in the pre-Code era. Never before or since have so many glamorous ladies found themselves in such exotic screen peril than in the steamy, lurid dramas made during this period. These movies tend to be bleak, but they are also packed with fascinating characters and provide a great showcase for their leading ladies. Here are some of the best titles in the mini-genre, starring many of the most popular actresses of the day:

The sight of Marlene Dietrich as a show girl in a blonde afro wig, singing about 'hot voodoo' and 'dancing just wearing a smile' is one of the most bizarre of the already outrageous pre-Code era. But this glamorous German with precisely plucked eyebrows is more interested in being the perfect hausfrau. She marries a scientist (Herbert Marshall) and they have a son, played with seal-eyed precociousness by Dickie Moore (of Our Gang fame). All is well until hubby gets sick, and Dietrich is forced onto the stage again. She gets in bed with a millionaire (Cary Grant) to pay for an operation that will ensure Marshall's survival, but instead of a 'thank you,' she gets the boot. Determined to hold on to her son, she takes the boy on the lam. She's the coolest exile too, always in peril, but never speaking above an insouciant coo. There's no doubt she will outsmart all the lousy guys she meets on her journey, the suspense is only in how.

Forced into prostitution by a pimp who has raped her, Dorothy Mackaill accidentally kills the man and escapes to the Caribbean. There she bides her time until her fiance can come rescue her. She isn't alone though, her hotel is packed with men, and they line up their chairs in view of the stairs, waiting for her to make another appearance. Relatively speaking, they aren't so bad; it's the nasty police chief she's got to watch out for. Though it all sounds unbearably grim, Mackaill manages to squeeze a little fun out of her situation, and her suitors provide plenty of comic relief in addition to their menace.

Joan Crawford was never tougher, or more vulnerable, than as prostitute Sadie Thompson in this seamy drama adapted from Somerset Maugham's legendary stage play. Never has rain been made to look more indecent, overflowing barrels, rushing off rooftops, surging with unrestrained passion. As a sanctimonious preacher, Walter Huston sets out to reform the bawdy Ms. Thompson, convincing her to return to the mainland to face a murder rap. But the pulse of the jungle drums brings out his true nature, and he has a lot more to worry about than Sadie. Though Crawford wasn't fond of her performance, it's one of her best early roles. She shows range beyond her flapper and shop girl personas and sets the stage for her later acting triumphs.

Has any tropical exile ever had more fun than Jean Harlow? As a lady of the night hiding from the law on a rubber plantation, she slinks around in silky slips, takes a bath in a rain barrel, and seduces Clark Gable. This lady could teach the other gals on this list a thing or two about making the best of a bummer situation. Elegant Mary Astor gives the platinum blonde some mild competition with her fancy ways and so-called decency, but she doesn't get the best lines and clearly Gable loves a gal who knows her way around a wisecrack.

Surely, Ricardo Cortez wins the worst boyfriend award for selling his girlfriend Kay Francis into white slavery. She is convinced to become a 'hostess' in a glittering, decadent nightclub to pay off one of his debts. There she is known as Spot White, a woman notorious for her affairs. The glamorous captive eventually escapes to an ocean liner bound for Burma, where she meets an equally disgraced doctor and falls in love. Never has Francis been more elegantly dressed, more distressed or more unable to pronounce the letter 'R'. The actress was always teased for her speech impediment, and her director seems to have no sympathy here, making her speak lines like: 'Gregory, we arrive in Mandalay tomorrow. We are two wrecked people.' The joke's on them though, because the quirk only makes her more charming.

Even though it came before rigid Production Code enforcement, it's still astonishing that this sleazy, violent horror tale ever made it to the screen. It has such a putrid view of humanity that it is as astonishing today as it was when released. Walter Huston is the physically and mentally mangled proprietor of a bar deep in Africa who also rules the natives because they believe he has magical powers. Obsessed with the man who damaged his spine, forced him into a wheelchair, and stole his wife; his entire life is focused on taking revenge. When the man's supposed daughter (Virginia Bruce) with his cheating spouse turns eighteen, Huston removes her from convent school and thrusts her into white slavery. When she becomes deathly sick with black fever and dependent on alcohol to fight her pain, he brings her to live with him, relishing her self destruction. Her only hope is a drug-addicted doctor (Conrad Nagle) who takes pity on her. No one is noble in this grimmest of pre-Codes, but as horrid as it all is, there's a weird fascination to this corrupt cast of characters, which includes Lupe Velez as a saucy opportunist. The film is a remake of the equally morbid late period silent West of Zanzibar (1928), starring Lon Chaney.

Though Jeanne Eagels' Leslie Crosbie is not exactly in exile, she might as well be. As a restless wife on an isolated rubber plantation, she has a hot affair. When her boyfriend jilts her, she pumps him full of lead and claims it was self defense. Leslie is cool in the courtroom, but she only gets away with her crime in the eyes of the law. Mad with passion, she feverishly rants in private, berating her husband for imprisoning her in such a dull life in the first place. Eagels is over the top, but she hits you in the gut. Her performance is made more poignant by the actress's clearly poor health. She is painfully thin and in real agony. Within the year, she would be dead of a drug overdose. Though she died young, Eagels was hugely influential. Bette Davis must have had this performance in mind as she prepared for her own breakout role as the amoral waitress Mildred in Of Human Bondage (1934) and would take on Eagels' role in a remake of The Letter in 1940.