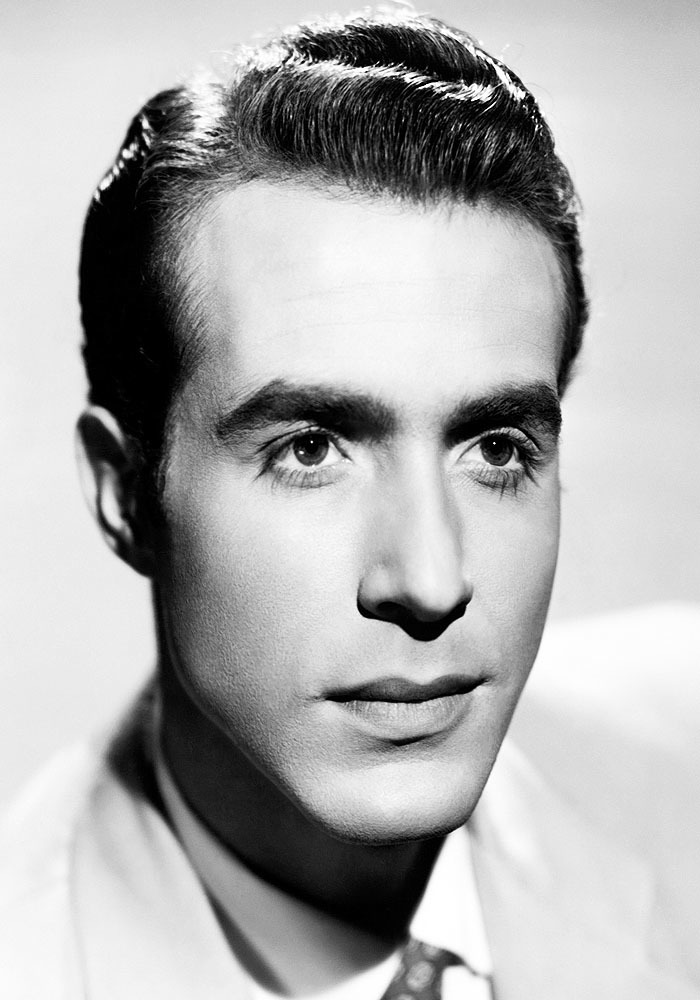 During the studio age, stars were all about persona. They'd find their type, whatever thrilled audiences, and for the most part they'd stick to it throughout their careers. Call it typecasting, or playing to strengths, but very few performers were able to completely break away from the images that brought them fame.

One big exception is Dick Powell. He started his screen career as a boyish crooner, and he was wildly popular as the lead in a series of kaleidoscopic Busby Berkeley musicals. As the actor aged, he made a dramatic switch, becoming the hard-edged anti-hero of noirs and detective dramas like Murder, My Sweet (1944), Cry Danger (1951) and The Tall Target (1951). His new image was also embraced by audiences and today he is as well known for dramas as musical fare.

While most other musical and comedy stars were not able to completely change their image by appearing in films with darker themes, many have made some interesting side trips into dramas, thrillers and film noir.

Some stars took a walk on the dark side early in their careers, before their images had been molded. Jayne Mansfield, best known as a bubbly, busty comedy star made her first screen appearances in crime flicks, and actually made several more throughout her career. She makes a brief appearance as a cigarette girl in Pete Kelly's Blues (1955) and she had a small role as a glamorous witness for the defense with Edward G. Robinson in Illegal (1955). Her first major role was opposite Lawrence Tierney as an artist's mistress in the crime flick Female Jungle (1956). One of her most poignant noir roles is as the gullible ward of criminal Dan Duryea in The Burglar (1957), where she spends most of her screen time dressed in jeans and a simple button-down shirt.

Cyd Charisse was established as a specialty dancer in MGM musicals, but not yet a big star when she starred with Richard Basehart and Audrey Totter in the aptly-named Tension (1950). As the sweet-natured girlfriend of a murder suspect, she doesn't get to dance, but manages to show off her grace and strength as she balances between two railings while attempting a good angle during a photo shoot.

Several years later, Charisse did do noir again in Party Girl (1958) as the showgirl lover of a mobster, played with equally uncharacteristic world weariness, by Robert Taylor. Though the plot is downbeat and fraught with danger, there is still room for music and dance: this time the dancer gets to strut her stuff in a couple of production numbers that show off cinematographer Richard Bronner's gorgeous Technicolor photography. Charisse is less successful with noir this time around, but the film is an interesting, and beautiful oddity.

A few actresses quickly found that noir was not their thing in a series of interesting one-off crime flicks. When she made the small town noir Fallen Angel (1945), Alice Faye was at the end of her career at Fox Studios. She played a gentle, lonely woman whom a grifter (Dana Andrews) uses to get money to marry a less noble, but infinitely more exciting diner waitress (Linda Darnell). Faye is somewhat interesting as a kind soul surrounded by rotten opportunists, but she found that her studio was not on her side. Many of her scenes, which could have given her character more color, were cut from the film and rising star Darnell was given all the build up.

While Betty Grable was charming in I Wake Up Screaming (1941), audiences were not necessarily clamoring to see their sunny heroine in peril. She played well opposite Victor Mature as the sister of a murdered model (Carole Landis), but it was back to musicals and comedies after this single excursion into noir. The production is beautifully-executed, with delicious shadowy black and white cinematography, the poignant use of Somewhere Over the Rainbow as a running theme and great support from a sinister Laird Creagar. The film was remade in 1953 as Vicki.

It was also difficult for audiences to accept Deanna Durbin in a straight noir as a depressed cafe 'hostess' in Christmas Holiday (1944). She is the wife of the murderous Gene Kelly, who somehow comes off better in a genre that was also a big departure for the dancer. Perhaps this is because while Kelly had played some mischievous cads in his musical career, Durbin had only played good girls. She was so connected to her image that audiences were unable to judge her performance, which was a solid effort, on its own terms. She had better luck mixing the genre with music, comedy and romance in Lady on a Train (1945).

In addition to his noir with Durbin, Gene Kelly starred in Black Hand (1950) as a man out to seek vengeance for his father, first with a knife and then, to no less suspense, with the legal system.

Ricardo Montalban was one of the most relentlessly cheerful stars of the studio age. He was a genuinely happy person, and that showed on the big screen. Still, he did well in a trio of noirs, successfully contrasting his jaunty nature with a scummy milieu in some cases and playing against type in others. As a small town policeman in Mystery Street (1950), he is clever, methodical and surprisingly interesting given the colorful villains and lowlifes he has to play against. His turn as a Mexican federal agent teaming with an American agent to fight borderline corruption in the tension-filled Border Incident (1949) is more intense, but he is still at heart the same good-hearted character you might see in one of his musicals. The actor takes on a much more complex, and conflicted character in The Money Trap (1965), where in a supporting role he plays a cop who wants more out of life than his modest salary can provide.

Most famous for playing an energetic juvenile in the Andy Hardy series, and opposite fellow teenage star Judy Garland in a series of musicals, Mickey Rooney showed a dramatically different side of himself in a handful of noirs. In a way, his ability in darker roles is not surprising. Particularly in his films with Garland, he was often an angsty youth, perhaps a bit too ambitious, sometimes struggling to do the right thing instead of following his instinct to grab for success. This spark of moral decay explodes into full flame in The Big Operator (1959), where Rooney plays a nasty labor union boss, and in his role as the titular gangster Baby Face Nelson (1957). Without sweet Judy to steer him onto the right track, he plunges headfirst into trouble. In Quicksand (1950), the actor makes an even more dramatic departure from his image, playing an insecure gas station attendant who keeps making one bad decision after another. Drive a Crooked Road (1954) is one of Rooney's most powerful noir roles; he plays a lonely, naïve auto mechanic and car racing enthusiast who doesn't see the fatale in the femme of his dreams until he is in over his head.

Though Ginger Rogers is most celebrated for her musicals and comedies, she also thrived as a dramatic actress, so it isn't as surprising to see the star thrive in darker fare. In the color noir Black Widow (1954), playing a supporting role as a famous Broadway actress, she starts by nibbling away at a few scenes and eventually steals the whole movie. She's less effective as a convict unwillingly waiting under police protection to serve as witness against gangsters in, Tight Spot (1955), but her familiar sparkle adds zest to the lackluster script. If you love Ginger, it's worth a look.