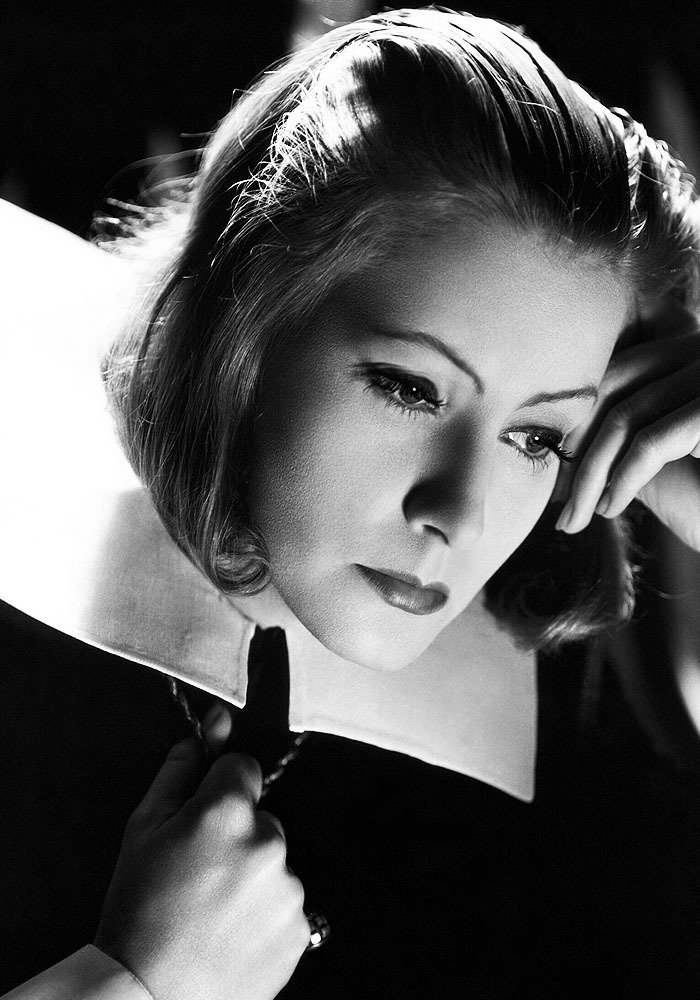 While I was only able to attend half of the six pre-code films scheduled during the TCM Classic Film Festival 2015, I was delighted so many were on the program. The selections were diverse, and included a musical, horror, drama and comedy selections. In a year where there was some controversy over the inclusion of newer films such as Out of Sight (1998) and Apollo 13 (1995), TCM showed its loyalty to good old-fashioned black and white with this line-up.

I have my own memories to share about the first three films on this list. Other reactions were gathered from the responses of attendees who saw the final three titles.

This was my first film of the festival. It was a must-see for me because I'd read several times that Greta Garbo on the big screen is a transcendent experience. Author and film historian Cari Beauchamp provided the introduction, telling the crowd that we were in for a treat: before the movie we were going to be shown a two-minute silent costume and make-up test featuring Garbo.

It was an incredible clip with the theater was dead silent while it ran. You could sense how entranced the audience was by every forehead wrinkle, smile or flutter of the eyelids. Garbo was magnetic without sound, script or soundtrack. Just her presence was enough to inspire awe.

Though I'd seen the film many times, it really was astonishing seeing Garbo blown up on the silver screen. I'd never realized before how much of her appeal was in the way she demonstrated the tiniest of emotional changes. That's why it is particularly important to see her larger than life. Though Garbo was famous for being mysterious, she could communicate her character's thoughts more effectively than just about any other star of the studio age.

The story is based on the life of Queen Christina of Sweden, a brilliant monarch who dressed in a masculine style and caused controversy when she chose not to marry. Garbo relishes the chance to stride around in fancy velvet pantsuits.

Of course, this was a highly romanticized and Hollywood-friendly look at the queen. As her Spanish lover, John Gilbert is eager and bright eyed, still using his bag of highly emotional tricks from the silent age, but he somehow makes it work.

There's a good reason the lengthy final shot of Garbo staring into the distance is so famous. Her face appears to be motionless, but the longer you look at her, the more emotional you become. It is then you realize how much is rippling beneath that supposedly stony facade. She is simply remarkable.

Though I've lost count of how many times I've seen this influential musical, I had to watch it on the big screen, partly because the film was recently restored. In fact, this is the same restoration as that which used for the Warner Archive Blu-ray.

Writer Tara McNamara interviewed actress Christine Ebersole before the screening. In addition to being prolific on television and film, Ebersole found great success on the stage, including winning a Tony in 2007 for playing Little Edie in a musical version of Grey Gardens. She also appeared in a Broadway revival of 42nd Street.

While Ebersole was not terribly knowledgeable about the film, she knew plenty about the real 42nd street: everyone told her to avoid it when she lived in New York. She was an amusing guest, and happy to answer questions about her time with the stage version of the musical.

The film was much funnier than I remembered, full of saucy, sexy jokes, many of which must have just squeaked by censors even in the pre-code days. My favorite: the joke about Anytime Annie (an early Ginger Rogers role)--the only time she said 'no' she didn't hear the question!

With the exception of a few snippets of songs in rehearsal scenes, most of the musical numbers are at the film's end, so that sharp script is vital in keeping audiences engaged until then. As good as it is though; it doesn't hold a candle to those lovely, kaleidoscopic routines staged by Busby Berkeley. He lets his camera glide through dozens of chorine's legs, up high over dancers shifting into different patterns and then up as close as he can get to the smiling faces of his performers. His racy, lively style thrived best in the pre-Code era and it was the shot of energy Hollywood needed to bring audiences back to musicals.

In his introduction to this early John Ford action/drama Leonard Maltin warned the crowd the film is not a classic, but as with the rest of the director's work, well worth seeing. This was the perfect prologue to an entertaining, and occasionally nail-biting, look at the dangerous lives of air mail pilots. While it wasn't life-changing, it was well worth the look.

Ralph Bellamy stars in a rare leading role as a pilot who owns an air mail base located near the Rocky Mountains. He is in love with Gloria Stuart, sister of one of the pilots, and tormented by daredevil aviator Pat O'Brien, who flies like a maniac and embarks on an affair with one of the pilot's wives. The always intriguing Leslie Fenton (The Public Enemy (1931)) also plays a small role.

Though the film is a minor entertainment, it features some white knuckle air sequences. The flying is made all the more impressive when you remember those are real stunts, and not the work of CGI.

Unfortunately, the film is not available on DVD. For a taste of John Ford emerging talents during this period, try Flesh (1932) with Wallace Beery, for an early example of the director's memorable visual style or The Lost Patrol (1934) for an early Ford action/adventure.

This classic horror film is perhaps most famous for making a star of Claude Rains, even though his face only appears in the movie's last few moments. Directed by James Whale (of Frankenstein (1931) and Show Boat (1936) fame) and closely based on a novel by H.G. Wells, the actor was well set in his American film debut.

Rains stars as a scientist who develops a serum that makes him invisible, but with the unfortunate side effect of giving him a dangerously violent personality. According to one attendee at the screening, Rains kills 122 people over the course of the film, which apparently tops Arnold Schwarzenegger's body count in The Terminator (1984)!

The film was introduced by Gregg Kilday, film editor of The Hollywood Reporter. Though it was one of the most sparsely attended films of the festival, or maybe because of that, it was reportedly an especially loud and raucous event, much like the live tweet-ups made popular by #TCMParty.

My one big regret of TCMFF 2015 was not making it to either of the packed screenings of this rare comedy, also known under the much meaner title: All Women Are Bad. The film was introduced by Anne Morra, Associate Curator in the Department of Film at The Museum of Modern Art, New York. The film has never been available on VHS or DVD, and before this year's festival, it hadn't been screened in over forty years; it's also Jeanette MacDonald's only non-singing role.

In it, MacDonald is the lonely wife of judge Roland Young. She becomes the object of a bet her husband makes with the world-weary Edmund Lowe: that within 24 hours he can get a kiss out of the next woman who comes in the room, which naturally is her. MacDonald isn't in the dark about the wager for long, and she takes matters into her own hands. To sweeten the deal Una Merkel steals scenes as free-speaking Southern belle Tallulah.

Based on a flop play and not a financial success as a film either, it was nevertheless a crowd pleaser at TCMFF. Hopefully it will find its way to DVD soon. For the moment, cravings for pre-Code Jeanette MacDonald can be satisfied with her early musicals, among the best of them: The Love Parade (1929) and Love Me Tonight (1932).

On the last morning of the festival, this early Ernest Lubitsch-directed musical was cheeky counter-programming to the more wholesome Doris Day in Calamity Jane (1953). It didn't fill the house like the latter, but attendees appreciated the risque humor, sharp script, and the sassy appeal of lines like 'When we like somebody, we smile. When we want to do something about it, we wink.'

It stars Maurice Chevalier as an army lieutenant having an affair with violinist Claudette Colbert. During a parade, he winks at her, but the recipient of his flirtation is Miriam Hopkins, a dowdy princess passing by at the time in a carriage.

Set aflutter by the attention, the princess becomes fixated on the lieutenant. Chevalier soon finds himself pushed into marriage with Hopkins, with the threat of great scandal overhead. The union fizzles, until mistress Colbert teaches the princess how to jazz up her lingerie and learn the tricks of seduction. Knowing her man like she does, the musician is a great success.