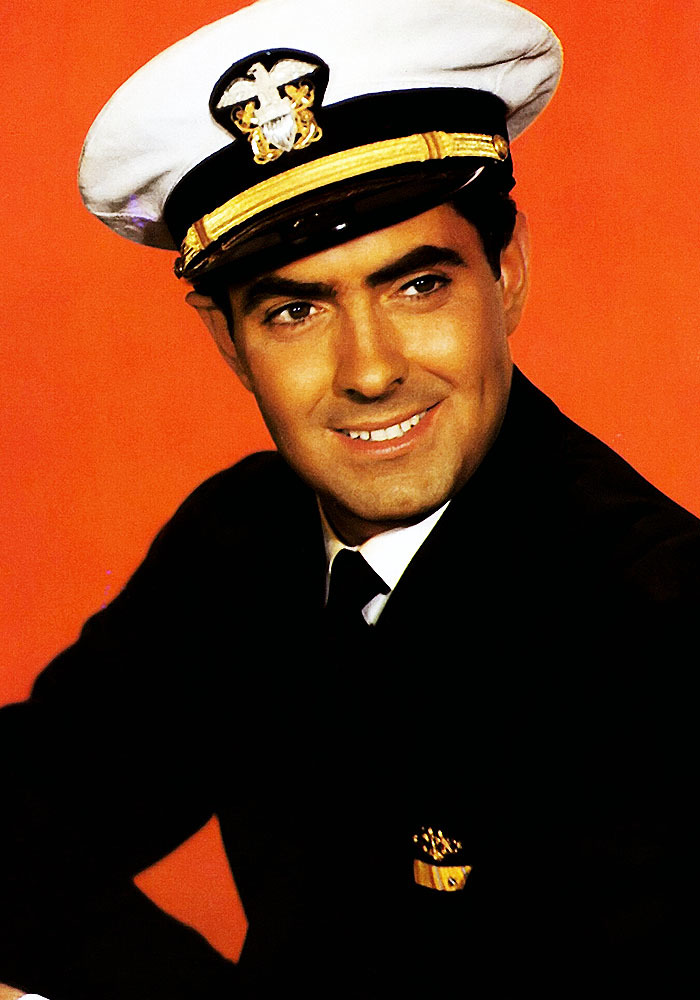 As Memorial Day approaches and thoughts turn to those who sacrificed so much on behalf of our nation, it's an opportune time to take a look at some of Hollywood's best war movies. These fictionalized stories fill a valuable purpose, reminding audiences of those who gave their all for our freedom.

With the recent commemoration of the 70th-anniversary of VE Day, it seems particularly appropriate for this list to focus on films about World War II. There are countless cinematic depictions on the subject, some of which are better known than some of the titles below. What follows is a personal list of recommendations of WWII films I've found especially enjoyable and meaningful:

Crash Dive (1943) - This Technicolor film stars two of 20th Century-Fox's most appealing leading men, Tyrone Power and Dana Andrews, as officers serving on a submarine. Rivals for the hand of lovely Anne Baxter, they unite to battle the enemy at sea. A good example of how Hollywood used movies to help rally support for the war effort, the film was also notable as the last film Power would make for three years due to his wartime service. He's billed as 'Tyrone Power, U.S.M.C.R.'

Thirty Seconds Over Tokyo (1944) - Spencer Tracy stars as Lt. Col. James Doolittle in MGM's depiction of the historic air raid over Japan which took place in April 1942, just months after Pearl Harbor. Van Johnson and Robert Mitchum lead a fine supporting cast playing flyers volunteering for a dangerous mission, having no idea what it will be. It's a lengthy but very interesting film depicting the men's training, the mission itself, and the fight for survival after crash landing in China following the attack.

So Proudly We Hail! (1943) - Paramount's telling of the story of the nurses who served at Bataan and Corregidor is, in my opinion, one of the finest of all WWII films. Claudette Colbert, Veronica Lake, and Paulette Goddard star in a surprisingly gritty film which doesn't pull any punches depicting the scope of U.S. losses early in the war. Despite the famous leading ladies, there are few concessions to glamour, other than the black nightgown Goddard takes everywhere as a morale booster. Goddard's heart-rending farewell to the wounded soldiers as she evacuates Corregidor, leaving with a helpless little wave of her hand, is one example of why she greatly deserved her Oscar nomination as Best Supporting Actress.

Wing and a Prayer (1944) - This 20th Century-Fox film depicting operations aboard an aircraft carrier in the days between Pearl Harbor and the Battle of Midway is a somewhat lesser-known WWII film very much worth seeking out. It stars Don Ameche in an uncharacteristic role as the stern flight commander on the carrier; it's a lonely job, constantly making decisions which will lead to the deaths of some of his men. Dana Andrews plays a flight squadron leader juggling being an authority figure while still sharing camaraderie with his pilots.

Pride of the Marines (1945) - An inspirational fact-based film from Warner Bros. starring John Garfield as Al Schmid, a machine gunner at Guadalcanal who killed at least 200 advancing Japanese but was himself blinded. The movie highlights the sacrifices made by soldiers and their families in the war, while also sharing an uplifting message about resilience in the face of adversity. Eleanor Parker costars as Al's devoted fiancee.

They Were Expendable (1946) - John Ford's They Were Expendable is unquestionably one of the finest war films ever made, tremendously moving and simultaneously gritty and poetic. It's the saga of a PT boat squadron based in the Philippines during the darkest days of the war. Robert Montgomery and John Wayne, whose characters were inspired by real PT boat officers, attack Japanese boats as the situation in the South Pacific grows ever grimmer. Ultimately, Montgomery and Wayne's characters are ordered to evacuate, assigned a new mission to train future PT boat crews, but they must leave their men behind to uncertain fates as the Japanese advance.

Command Decision (1948) - Clark Gable leads an all-star cast for MGM, playing a Brigadier General who advocates a high-loss strategy bombing German airplane factories; he believes losing lives in the short run during long-distance daylight raids will save lives over time if the Nazis' ability to build planes is compromised. The film's origins as a stage play are apparent at times, with characters repeatedly walking in and out of rooms, yet Gable and the cast transcend this while presenting a thoughtful study on the stresses of leadership. Walter Pidgeon plays Gable's superior, who is sympathetic yet must also consider political and budgetary constraints. Brian Donlevy, Van Johnson, and John Hodiak costar.

Force of Arms (1951) - A romance set in WWII Italy, starring William Holden and Nancy Olson in one of four films they made together in the early '50s is a moving and memorable film which deserves to be better known. Holden and Olson play Pete and Ellie, an Army lieutenant and a WAC who don't initially hit it off; he's got battlefront fatigue and wants a quick fling, while she's mourning the combat death of her fiance. Pete finds he can't get the sweet but forthright Ellie out of his mind and they fall in love; meanwhile he's coping with what we now call PTSD and the fact he'll be returning to the front.

Above and Beyond (1952) - MGM's depiction of the story of the Enola Gay, which dropped the atomic bomb on Hiroshima, stars Robert Taylor as pilot Col. Paul W. Tibbets. The film depicts the top-secret preparation for dropping the atomic bomb, the challenges of the mission itself, and the toll the stresses and secrecy took on Tibbets' marriage with Eleanor Parker costarring as Tibbets' wife.

Operation Petticoat (1959) - For something in a lighter vein, this story of life aboard a submarine during the Pacific campaign is an all-time favorite comedy. Cary Grant is the commander of a sub which is unfortunately painted pink (it's a long story); there are some hilarious sequences thanks to Grant and Tony Curtis, but the reality of war is never far away, such as when a Christmas feast is suddenly strafed by the Japanese.

The Gallant Hours (1960) - James Cagney was directed by his good friend Robert Montgomery in this portrait of Admiral William F. Halsey Jr. during the five weeks leading up to the U.S. victory at Guadalcanal. It's an unusual documentary-style film, filled with wartime tension yet without a single battle scene, save for bombs falling in the background at Guadalcanal. Cagney is superb in a quiet, authoritative performance as a man calmly coping with monumental decisions.

Sink the Bismarck! (1960) - An excellent Naval 'procedural' with Kenneth More starring as the Naval Director of Operations in a fact-based story on the critical 1941 battle to sink the fearsome German battleship. Most of the film is set in the British navy's operations bunker in London, and it's fascinating watching how the war was tracked and managed in those pre-computer days, with commanders moving ships around on a huge map as bulletins come in 'round the clock.