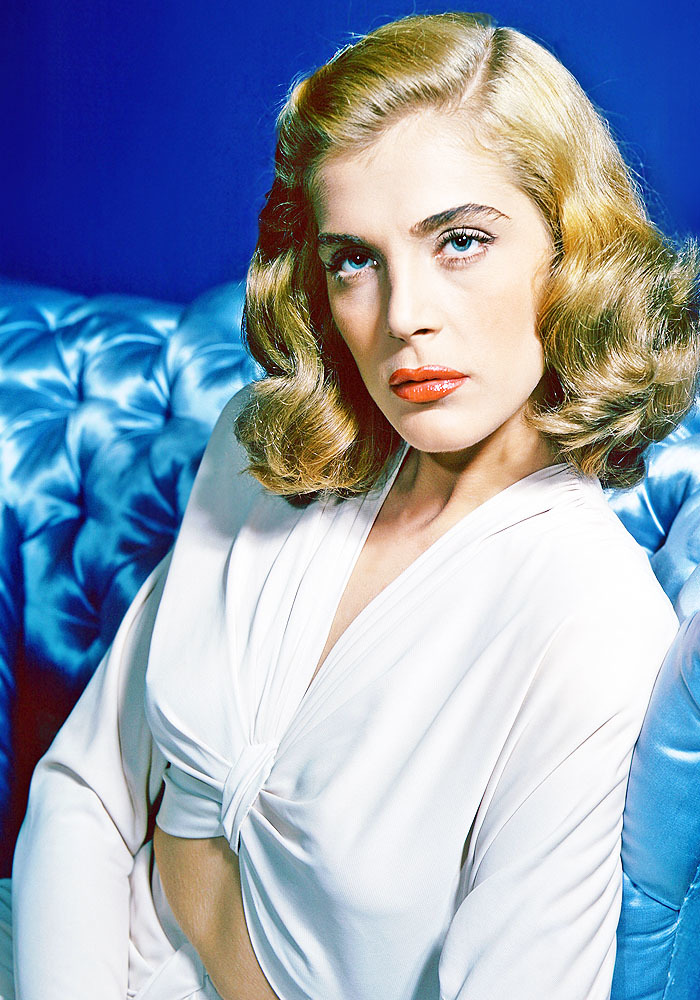 Though there were only three films noir programmed at the 2015 TCM Classic Film Festival: Too Late For Tears (1949), Reign of Terror (1949) and Nightmare Alley (1947), they were among the most popular choices of festivalgoers. The first two played to full capacity houses, with many in line turned away. These played a second time, once again to packed houses, as TBA (To Be Announced) selections on the final day of the festival. Hopefully TCM will note this audience passion for film noir and program more of these delightfully dark flicks in 2016.

I found all three films inspired in me the desire to explore more titles with the same stars and themes. Here's what went down at TCMFF and what films I recommend for fans of this trio of noirs.

Could there be a better tribute to the recently departed Lizabeth Scott than the furor this film caused opening night at TCMFF? Twitter was busy with posts from disappointed fans who didn't make it in the door and raves from elated festivalgoers lucky enough to catch the screening.

Tears is the story of Jane and Alan Palmer (Scott and Arthur Kennedy) a happily married couple who come into possession of a suitcase full of money. Alan wants to turn it in to the police, but Jane talks him into stashing it at a train station in the hopes of eventually convincing him to keep it. When the criminal Danny Fuller (Dan Duryea) comes looking for the cash, he thinks he can intimidate the couple into giving him what he wants, but he has no idea how determined Jane is to keep the illicit fortune.

Eddie Mueller introduced the film, which was a long-needed new restoration, funded by his Film Noir Foundation. As the copyright owners of Tears let the rights fall into the public domain, it has long been subject to poor prints, some of them so bad as to obscure the action.

While it should have endured as a top-level noir, it has instead become a cult classic, admired by fans of Scott, who is at her best in a truly evil role. Hopefully the new restoration will help elevate this movie to its proper place in the crime flick canon.

Inspiration: While Scott was rarely innocent in her noirs, she often played good-hearted characters who were a victim of their circumstances. That is not the case in Tears, where she plays a woman who has given her soul away in the name of greed. Her single-minded determination to get what she wants at any cost reminds me of Jean Gillie in Decoy (1946), who plays a criminal-minded woman similarly driven mad by ambition.

Scott had the chance to play a more nuanced femme fatale opposite Humphrey Bogart in Dead Reckoning (1947), where it is not always clear just where her alliance lies. She is more sweet-natured, but hardly innocent as the girlfriend of a criminal who has an affair with a married insurance agent (Dick Powell) in Pitfall (1948).

Also known as The Black Book, this shady tale of intrigue during the French Revolution is a most unusual noir. There are no trench coats or foggy docks, but plenty of long, dark shadows, black-hearted characters and knife-in-the-back plot twists.

Noir czar Eddie Mueller introduced the film for the second screening on the last day of TCMFF, making a solid case for placing the adventure drama in the noir genre. At the first screening, he also interviewed 100-year-old actor Norman Lloyd after the film, asking him questions about his supporting role in it.

Lloyd is a popular guest at film festivals and special screenings, because he is one of the best remaining storytellers from Hollywood's classic era. In his interview, he told the audience the sets for Reign of Terror were repurposed from those used for the mega-production Joan of Arc (1948), starring Ingrid Bergman. He said the inspiration from the film came from deciding what to do with the sets. Lloyd also regaled the crowd with stories of his career in film and radio. It is amazing the energy this centenarian has for sharing his life with his devoted fans.

The film is a fascinating bit of intrigue during a turbulent time in French history. Robert Cummings and Arlene Dahl are resistance fighters trying to stop the ruthless Maximilien Robespierre (Richard Basehart) from becoming dictator. The black book of the alternate title contains a list of other members of the movement and many tension-filled scenes center around the efforts of the two to keep it out of the wrong hands.

The film is shot in tight spaces, literally very dark and yet, instead of feeling cramped, this closeness only serves to heighten the drama. Scenes of torture and anxiety are offset with black streaks of humor, with the best lines going to the villains, just as in a typical film noir.

Inspiration: Arlene Dahl plays a much more mischievous character in Slightly Scarlet, where she is sister to fellow redhead Rhonda Fleming. Dahl plays an alluring kleptomaniac who keeps getting in trouble with the law. This is an unusual noir, because it is filmed in bright, blazing color. While Robert Cummings would be most famous for playing lighter roles, he would occasionally walk on the dark side, perhaps most memorably in Alfred Hitchcock's Saboteur (1942). Richard Basehart would make a career out of playing shifty characters like the devious Robespierre in Reign of Terror. His classic noirs include He Walked by Night (1948) and The House on Telegraph Hill (1951). The actor would play a more hapless, though not quite innocent pharmacist, cuckolded in Tension (1949).

Like Lizabeth Scott in Too Late For Tears, Tyrone Power had the rare opportunity to play a completely soulless character in the bleak carnival-set noir Nightmare Alley. The film was pitch black counter programming to Calamity Jane (1953), which cheerfully unreeled down the hall at the Chinese Multiplex the morning of the last day of the festival.

Known for playing heroic, swashbuckling leads, Power fought hard to play the role of dangerously ambitious carnival worker Stan Carlisle, even buying the rights to the novel upon which it was based. Carlisle uses fraud tarot card reader Zeena's (Joan Blondell) tricks to launch a popular mind-reading act for nightclubs. The more success he attains, the more greedy he becomes for wealth. He enlists a shady psychiatrist (Helen Walker) to dig up more information for scams, pressuring innocent carnival worker Molly (Coleen Gray) into helping him. Of course, it all eventually catches up with him.

Inspiration: Nearly two decades later, Blondell would play an older and wiser woman with an unusual skill for cards, this time not of the tarot variety, in The Cincinnati Kid (1965). Coleen Gray did some of her best work playing innocents in crime flicks. Her best noirs include: The Killing (1956), Kiss of Death (1947) and Kansas City Confidential (1952).

The talented Helen Walker would unfortunately suffer the bleak fate of a noir character in her own life. While she had a promising start as a star of light comedies and romances, her reputation was destroyed one New Year's Eve, when she picked up a trio of hitchhiking World War II vets and flipped her car in an accident which killed one soldier and seriously injured herself and the other passengers. After the accident, her reputation was destroyed due to accusations of drunk driving. She briefly had success on the screen appearing in darker films, as in Nightmare Alley. She would also be similarly evil in Impact (1949) and play a wife role in the crime procedural Call Northside 777 (1948).

While it isn't a film noir, the carnival-set pre-code Freaks (1932) has many of the bleak, fatalistic qualities of the genre. It always comes to mind whenever I see Nightmare Alley. They would make quite a double feature.