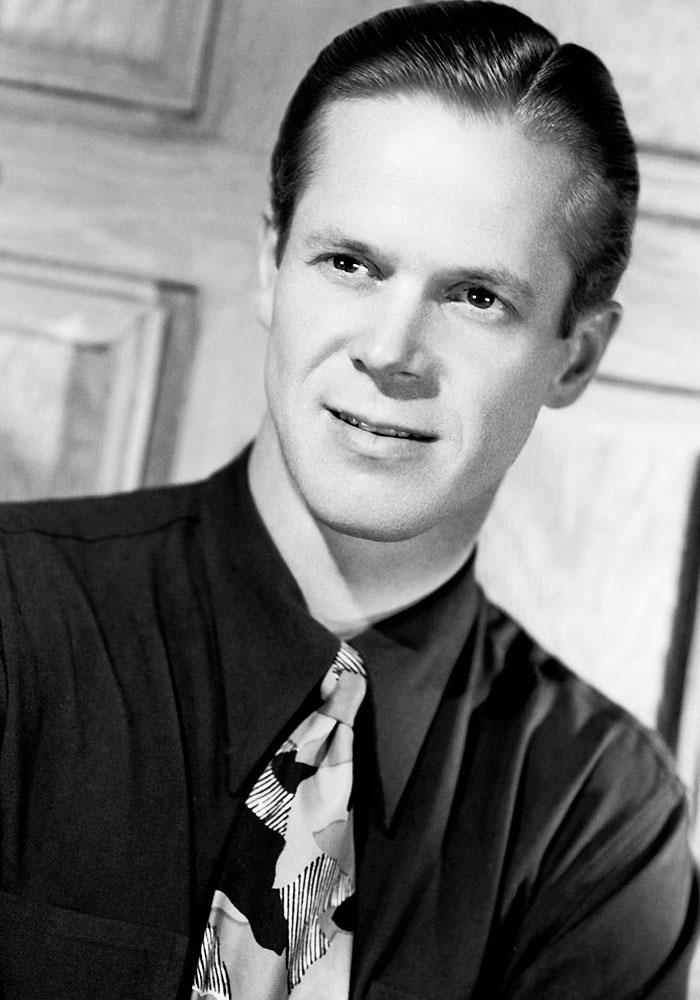 Dark Cinema: Noirs You Should Know

Double Indemnity. Laura.Out of the Past. The Postman Always Rings Twice. Gilda.

Features such as these can almost always be found on 'best of' lists for film noir, and I'd venture to say most film lovers (even those who aren't noir devotees) have seen each of them at least once.

But what of the great noirs that are unheralded and, all too often, unseen? There are countless first-rate pictures from this dark and shadowy era that fly so far under the radar you may never have even heard of them -- and that's a real shame! So, I've decided to undertake a mission to right that wrong. I'm determined to get the word out about some of the best 'unknown' films from the classic noir era -- today's post will offer the first of many installments of Noirs You Should Know!

Let me just say that from the outset, any movie starring Richard Conte is worth a look. But for my money, New York Confidential is one of his best. In a nutshell, the story gives us an inside look at the life of a New York syndicate. Run like a corporate business, it's rife with ruthless hoods, backstabbing deals, and conscienceless violence, but these realities are offset by the real lives of the members of the mob: syndicate boss Charlie Lupo (Broderick Crawford) suffers from stomach ailments and lives with his sweet old mother (Celia Lovsky) and his daughter Kathy (Anne Bancroft), who despises her father's criminal pursuits. Lupo's right-hand man, Ben Danaganjian (J. Carroll Naish) proudly shares pictures of his grandchildren. And then there's Conte's character, Nick Magellan (how's that for a name?), an unflappable hitman who falls for Kathy against his own better judgment.

Favorite character: Compared by one character to a cobra ('Always relaxed, yet always ready to strike'), Nick Magellan is as cool as the other side of the pillow. He's no one-note character, though -- he's soft-spoken and respectful with Charlie Lupo; at turns contemptuous of, slightly intimidated by, and completely engrossed with Kathy; fearless and shrewd in his vocation as a professional killer; and unstintingly loyal to the mob -- no matter the cost.

Favorite quote: 'Take a look around you. See that busboy over there? He steals from the waiter. The waiter steals from the owner. And the owner gyps the government. Nobody's handing out any free lunches in this world.' --Nick Magellan

My first viewing of this film, which I purchased from a private vendor, was a copy that had Croatian subtitles -- and you don't know how glad I was to get my hands on it. I'd heard about Decoy through the noir grapevine for several years, but I'd all but given up hope of ever seeing for myself what the hoopla was about. Once I saw it, I realized the reviewers weren't just whistling Dixie, if you know what I mean.

Decoy's story is told in flashback by the main character, Margot Shelby (Jean Gillie), who, incidentally, is one of the most fatal femmes you'd ever want to meet (or, wouldn't want to meet, as the case may be). Margot, suffering from a mortal gunshot wound, tells her tale to Sgt. Joe Portugal (Sheldon Leonard), whom everyone calls 'Jo Jo' for some reason, explaining how she came to be in such a deadly state, and what's inside the wooden box she's clutching so tightly. The yarn centers on Frankie Olins (Robert Armstrong), Margot's jailbird bank robber boyfriend; her lover, Dr. Lloyd Craig (Herbert Rudley); and her OTHER lover, Jim Vincent (Edward Norris), who's a low-level hood. (Margot is one busy dame.) Margot also tells Jo Jo about a bank truck heist that netted a cool 00,000, and a little substance called 'Methylene Blue,' which figures prominently in Margot's plot to get her hands on the proceeds of the heist.

Favorite character: Margot Shelby played every man in this movie like a fine Stradivarius violin, delicately plucking every string until they are begging for more. And once she's gotten what she wanted out of each of them, she tosses them to the side like so much used tissue, without the tiniest drop of remorse. Clearly, she is a sociopath, with violent tendencies, but she is also incredibly entertaining to watch -- not to mention rather impressive!

Favorite Quote: 'Don't let that face of yours go to your head. . . . People who use pretty faces like you use yours don't live very long anyway.' --Sgt. Joe Portugal

I fell in love with this movie the first time I saw it. I can't exactly put my finger on what it was that took such a hold of me -- maybe it's the way it opens with a voiceover by the city itself. ('I am the city . . . I am the voice, the heartbeat of this giant, sprawling, sordid and beautiful, poor and magnificent citadel of civilization.') Or the fact that the 'city' in question is none other than Chicago, which happens to be where I was born and raised. Or perhaps it's because it takes place on a single night.

Or it could be the way the film weaves together the stories of its rich set of characters: Johnny Kelly (Gig Young), a disillusioned cop planning to resign from the force the next day, leave his wife, and run away with his mistress; Johnny's lover, Sally 'Angel Face' Connors (Mala Powers), a nightclub dancer; Gregg Warren (Wally Cassell), who performs as a 'mechanical man' in a department store window and also in love with Sally; crooked attorney Penrod Biddell (Edward Arnold), who hires Johnny to put the finger on an overly ambitious man on his payroll; Hayes Stewart (William Talman), the ambitious man in question, a former magician-turned-thief; and Biddell's beautiful but duplicitous wife, Lydia (Marie Windsor).

Favorite character: This was a tough one, let me tell ya. There aren't a whole lot of lovable characters in this one, you know what I mean? Not even characters you love to hate. Or hate to admire. So I'm going out on a limb and choosing the mechanical man, Gregg. Not because I was particularly fond of him -- he was actually pretty pathetic up until the last five minutes of the film. But one thing I can say is he definitely made an impression. I first saw this film nearly 20 years ago, and I primarily remember two things: (1) I liked it, a lot, and (2) the mechanical man.

Favorite quote: 'I feel like I'm in a cement mixer getting slowly chopped and pounded to death. I've seen all that I can stand to see.' --Johnny Kelly

A pal I met through the World Wide Web sent me a DVD of this, and it literally sat languishing in my home for years before I decided to check it out. Boy, what a bonehead! The film stars director-turned-actor-turned pulp fiction writer Erich Von Stroheim (perhaps best known as Max , Norma Shearer's butler in Sunset Boulevard), and noir veteran Dan Duryea, who would hold my riveted attention if he were on screen scraping bird poo off of his car. The film also features Mary Beth Hughes, who never rose to great cinematic heights but is a personal favorite of mine; she starred in I Accuse My Parents (1944), which was skewered by the guys over at Mystery Science Theater 3000.

Von Stroheim plays is the title character, an expert marksman making his living demonstrating his craft in a vaudeville show. Hughes plays Connie Wallace who, along with her dipsomaniac husband, Al, works as Flamarion's assistant in his act. The plot heats up when Flamarion falls for Connie and they find that Al stands in the way of their happiness. Betcha can't guess how they solve that little problem.

Favorite character: Connie Wallace is just about the prettiest, sweetest-looking femme fatale on screen. With her flowing locks, peaches and cream complexion, and velvet-soft voice, you'd never suspect she was more a deadly viper than a sympathetic saint. At one point in the film, she not only juggles her husband and Flamarion, but she also adds a third ball to the rotation in the form of a fellow vaudevillian. She is one industrious sister.

Favorite quote: 'If you think I'm gonna let you go so that some other guy can have you, you're off your nut!' --Al Wallace

The more I see William Talman, the more I like him. That is, the more I see him outside of a courtroom with Perry Mason. That's where I first met this actor and grew to view him with equal parts dislike and disdain. But boy, his film noir performances are a whole 'nother thing.

One of his best is Armored Car Robbery, a small noir with a first-rate cast headed by Talman as Dave Purvis, a highly intelligent crook with an ultra-careful mode of operation ('No loose ends,' he insists) and no qualms whatsoever about using his rod. Purvis puts together a crew to knock off an armored car parked outside a ballgame -- the heist is pulled off (almost) without a hitch by Benny McBride (Douglas Fowley), Al Mapes (Steve Brodie), and Ace Foster (Gene Evans). Unfortunately, like the best-laid plans of mice and men, this intricately devised effort goes off the rails, with an ending you've just got to see to believe.

Favorite character: My first thought was to say Dave Purvis, but my true favorite is Benny's estranged wife, Yvonne LeDoux (Adele Jergens), who makes a living by shaking her money maker down at the Bijou Theater. She's practically the only female in the movie, but she's no dyed in the wool femme fatale. Yvonne doesn't use her feminine wiles to coax any weak-willed gents into doing her bidding -- but she doesn't shrink from a stack of c-notes when they make their appearance, if you get my drift. Basically, she's a straight-shooting sister who knows what she wants, knows how to get it, and knows who to get it from. I like that in a dame.

And that's it for my inaugural edition of 'Noirs You Should Know.' Each of them is available on DVD -- do yourself a favor and check 'em out!

You'll be glad you did.