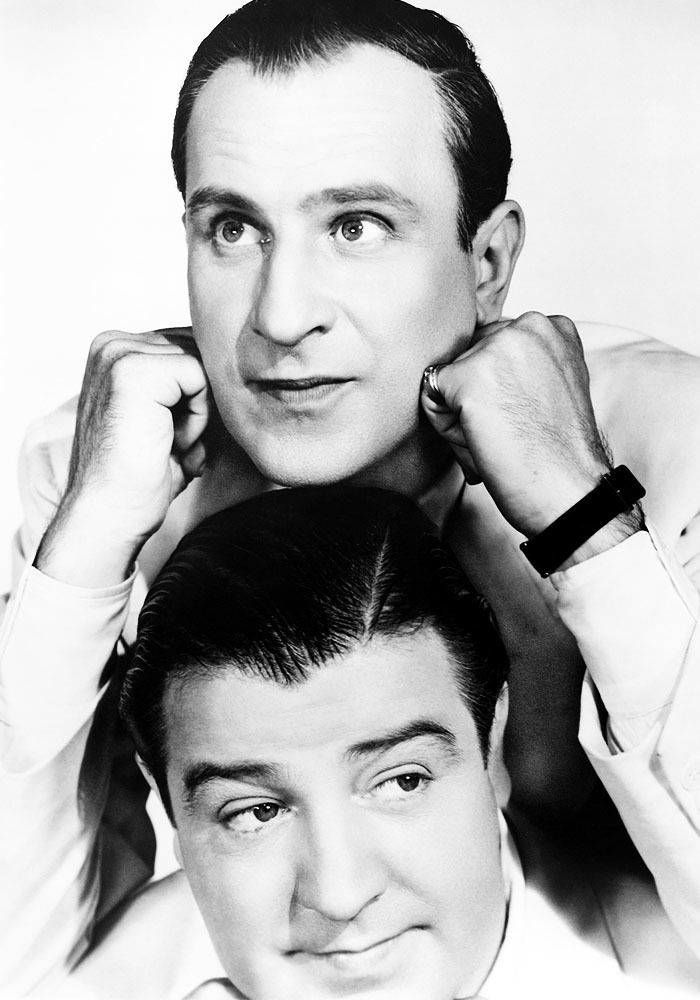 Classic movie fans aren't born (unfortunately); they're made, either by those of us lucky enough to discover Turner Classic Movies or another similar channel (are there any others left?) that programs films older than Home Alone for the kids, or though the love and encouragement of caring parents who understand that vintage cinema is as rich a part of our heritage as great novels. You read to your kids (don't you?) so why not sit down with them to enjoy classic films as well? Sure, you've probably seen Snow White and the Seven Dwarfsand The Wizard of Oz and maybe It's a Wonderful Life with them, but here's a collection of classic movies for the entire family to enjoy this summer that you may not have considered. They're in alphabetical order, so feel free to print this article out to help teach your child how to alphabetize things. (Here at ClassicFlix, we CARE about your kids, you know!)

Abbott & Costello Meet Frankenstein (1958) The Frankenstein Monster, Dracula, and the Wolf Man are cultural icons, and they're their typical scary selves here, more or less, but no match for the inspired antics of Bud & Lou at their funniest. I showed this film to my son's soccer team when he was 10 or 11 and I'd never in my life seen a group of boys laugh so hard. (Well, there was the time my son dropped a whole Frosty in his lap at a Wendy's, THAT may have gotten NEARLY as many laughs, but without the Wolf Man.)

The Adventures of Robin Hood (1938) This Technicolor swashbuckler makes every other version of the legend of Sherwood Forest look lame. The great Errol Flynn battles the despicable Basil Rathbone and vies for the hand of Olivia De Havilland; swords clash, arrows fly, the dialog is crisp and the Technicolor will take your breath away. The greatest of all Hollywood adventure films.

The Boy with Green Hair (1948) Joseph Losey helmed this beautiful film; young Dean Stockwell (who'd grow up and move to Twin Peaks) wakes up one day with hair that's turned...well, you can probably figure it out from the title. He's despised, picked on, and shunned by the other children only to realize he represents something: all the children in the world who are 'different' in some way from 'mainstream' kids. A great message and highly entertaining, with Pat O'Brien contributing a song to the proceedings, in color, yet!

The Bride of Frankenstein (1935) We don't think keeping 'scary' movies away from children serves them well if the scares are not intense or violent, and this good-hearted film (hey, the Monster is not THAT bad, a bit of temper aside) has many wonderful moments (this is the one with the blind hermit in his hut), plus Karloff speaks as the Monster and your kids will learn what's good and what's bad, or at least the Monster's opinion of the same. (Besides, they'll never understand Young Frankenstein if they don't see this one.)

The Circus (1928) Oh, Chaplin made better films, and more poignant films, and more famous films, but did he EVER make a film as hilarious as this one? Besides, kids know what a circus is, and this has the sideshow fun house, the clowns, the monkeys, the high wire acts, and the greatest pantomime artist in the history of movies. When my kids were little, we watched Little Rascals and Laurel & Hardy talkies first, then their silent films, and then other silent films, and soon my children had made a game of 'reading the dialouge' in various voices, and from there it was a short leap to watching foreign films.

Flash Gordon (1936) I showed this to my kids, Star Wars junkies, thinking they'd laugh at the primitive special effects and the silly monsters (did you know there's a Unicorn-Gorilla hybrid in this thing?) but to my surprise they thought it was the most exciting thing they'd ever seen, and we went through all 13 chapters of this and the 27 chapters total of the two sequels. Buster Crabbe stars, the lovely Jean Rogers is Dale Arden, and Charles Middleton is Ming, Stinker of the Universe.

Hand in Hand (1961) This British film was a Saturday afternoon TV staple when I was a kid, and moved me deeply. Two young children, a Jewish girl and a Catholic boy, become fast friends despite the trepidation of their families and neighbors. When a tragedy strikes, the definition of faith is shaken to the core, but love endures. While it is a touching film, mom and dad may have to explain a little bit about the religious sequences. Director Phil Leacock went on to direct more than two dozen episodes of The Waltons. The guy knew family drama.

A Hard Day's Night (1964) Because some day your kids are going to grow up and listen to music you hate, that's why. And they'll listen to it LOUD, too.

The 5,000 Fingers of Dr. T (1953) An absolutely astonishing film that is unlike anything else cinema's ever given us: an honest-to-goodness movie written and designed by Dr. Seuss! Hans Conried is Dr. Terwilliker, mad scientist AND piano teacher! Poor Tommy Rettig is one of his many victims, trapped in a house of horrors that masquerades as a music institute. Songs, color, great Seussian sets and characters -- a masterpiece of its kind, since there's only of these things.

The Incredible Shrinking Man (1957) Kids may simply see this as a scary science-fiction movie about a man exposed to a chemical cloud that causes him to begin dwindling, slightly at first but soon the cat's chased him to the basement where he has a spider to contend with. On that level, it's exciting and undeniably heart-stopping (relatively speaking, that's one BIG spider), but if you haven't seen this in a while, you'll be surprised at the philosophy of it all: the small and 'weak' have their own place in the world, too, and plenty of fight in 'em.

The Raven (1963) Harry Potter fans MUST see this film; Vincent Price and Boris Karloff are rival sorcerers who keep trying to one-up each other by performing hilarious black magic tricks on hapless wizard Peter Lorre, and dealing with a prissy young man played by, of all people, Jack Nicholson in Roger Corman's lighthearted magical classic that owes very little to Poe but delivers a lot of excitement and laughs.

The Red Balloon (1956) If you haven't shown this movie to your children yet, call me, I'll bring it over to you -- it's quintessential viewing for every child (and yes, another 'message' picture, sort of). A little boy finds a big red balloon that won't stop following him, and to tell you any more would spoil one of the greatest magical films in the history of movies. It's in French, but there's so little dialogue in it (in fact, almost none) that it doesn't matter. They used to show things like this in school, now they probably show Top Gun. What a world.

The 7th Voyage of Sinbad (1958) A new level of excitement with Ray Harryhausen's masterful screen process Dynamation, taking stop-motion animation a place it hadn't gone with other movies. See the giant flying Roc! The flame-breathing dragon in chains! The fearsome Cyclops! (See the follow-up, Jason and the Argonauts, too!)

3 Godfathers (1948) John Wayne, Pedro Armendariz, and Harry Carey Jr. are a trio of amiable bank robbers in the old west; escaping across the desert, they come across a dying woman and her baby, and promise to deliver the little feller to the nearest town. Well, they may rob banks, but they're not rotten enough to break a promise to a dying woman, and so the three reluctant godfathers try to dodge the law while doing their best to feed and change the petulant tot in this delightful classic.

Way Out West (1937) Laurel and Hardy dance in the street, and that's enough to build a whole movie around. A child not being exposed to Stan 'n' Ollie is like a child not being exposed to Huck & Tom, or Bugs & Daffy, or peanut butter & jelly. Your kid will be wondering why he or she is watching this when it begins, and by the end will be begging you for another Laurel & Hardy movie.

We'd love to hear from you: did you show any of these to your kids? What was their reaction? What other classic films do you and your family enjoy? Oh, and remember: vintage cartoons from the 1930s-1950s should precede all films. Make it a rule.