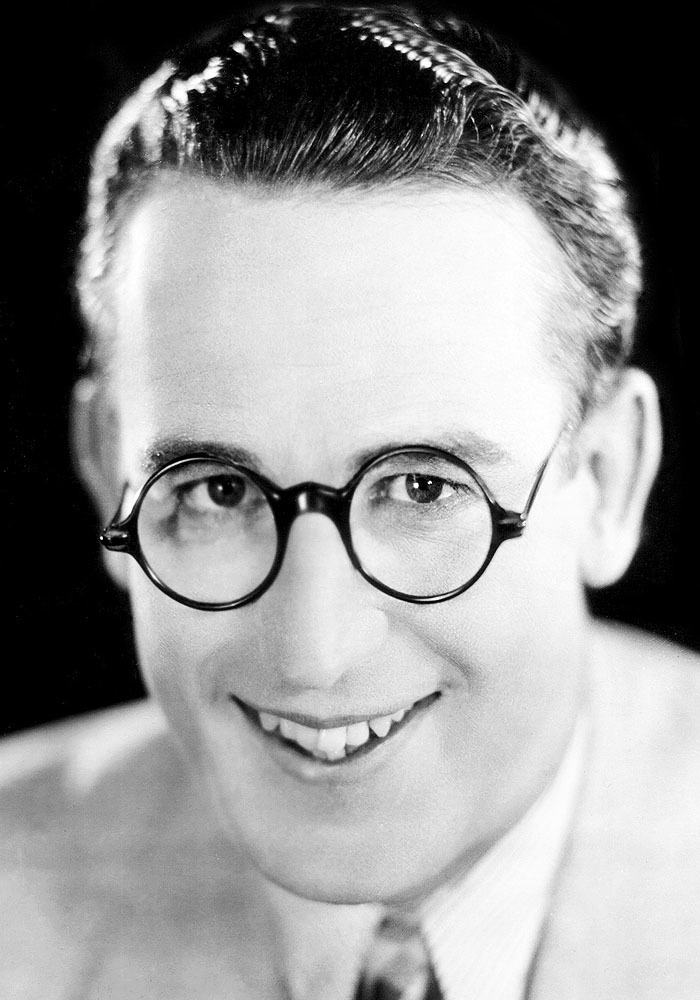 Classics 101 - The Four Clowns: The Boy with the Glasses

In the first two parts of this silent comedian series, we discussed how little regard studios and most filmgoers had for 'old-time silent movies' throughout the 1930s and 1940s; that changed on September 5, 1949, when Life magazine, one of the most popular publications in the nation, published a James Agee cover story entitled Comedy's Greatest Era. This installment of Classics 101 will take a look at the third of Agee's Four Clowns, Harold Lloyd.

Lloyd's is one of the great success stories in Hollywood history; like Chaplin, he established himself as a popular comic and used his clout to own and produce his own films. Unlike Chaplin, Harold wasn't able to weather the transition to sound, although he tried several times; he finally shrugged his shoulders, pulled down his movie-making shingle, and spent the remaining decades of his life in wealthy retirement in one of the most opulent homes in the country. If he doesn't generate in an audience the esteem of a Chaplin, the awe of a Keaton, or the love of a Laurel & Hardy, he's still a unique character who created one of the most memorable iconic scenes in film history: the bespectacled young man hanging several floors above the street, from the hands of a clock. And unlike other comics of the day, his character was quintessential 1920s, a fresh-faced, optimistic young man who, like his country, could seemingly achieve anything through hard work and pluck.

Harold Clayton Lloyd was born April 20, 1893 in Nebraska, the son of a grocer who, when his marriage broke up, grabbed his son and moved to San Diego. The grocery store business not being what he'd hoped for, the elder Lloyd opened a pool hall and began taking in boarders, and in those days that generally meant theatrical professionals on the move from week to week. Young Harold got to know and like the vaudevillians and play actors who came through town, and when he could, acted as an extra or occasionally in juvenile parts in the plays. Resettling with his father in Los Angeles in the early teens, Harold worked when he could as an extra in Western films -- the a day came in handy during tough times. During that period, he made friends with another 'cowpoke,' Hal Roach, who had come into a little money and was looking to set up his own production company. He invited Harold to join him.

Harold's first character was a Chaplin-inspired vagabond named Willie Work, but the character was not a success and was revamped into another Chaplin-inspired vagabond called Lonesome Luke. Strike two. Harold, going nowhere, thought about what sort of character might be a success on screen; since all the popular comics were dressed in grotesque makeup and costumes, how about a 'normal' guy? 'I would be an average recognizable American youth and let the situations take care of the comedy,' he later recalled. Thus was born 'the glasses character' wearing a pair of horn-rims that became Lloyd's trademark.

The new series, beginning in 1917, was an immediate hit, and within two years Lloyd was second only to Chaplin in screen comedy, signing an impressive new contract with Pathe, his distributor. As part of the promotion, Harold agreed to a new set of comic publicity photos, and duly reported to the photographer's studio for a variety of shots with movie props. One of the props was a large black bomb with a fuse; Harold held the bomb and used the lit fuse to light his cigarette as a gag; the bomb turned out to have an excess of powder in it, and it went off in Lloyd's hand, blowing away some of his fingers, searing his body and face, nearly killing him. Lloyd was temporarily blinded, but recovered sufficiently from his injuries, and with the help of a life-like prosthetic hand returned to work.

Lloyd continued working for Hal Roach in a series of 2- and 3-reel comedies, but one of them was turning out so well Roach decided to expand it into a feature called A Sailor-Made Man (1921).

Harold plays a lazy, rich, young man wooing beautiful, and even richer, Mildred Davis in as off-handed a way as possible ('It's too hot for croquet, let's get married'). Her father insists he get a job and get some ambition, so Lloyd stumbles into the Navy, has some adventures on deck with pugilists, and finally arrives in a mythical Middle Eastern seaport - where lovely Mildred has been vacationing with her friends and family, and has been captured by the evil Sultan. Can Harold save her and win the respect of her dad? Yes, he can.

The film, while no laugh riot, was a success, and was followed by additional features, including Grandma's Boy (1922), Dr. Jack (1922), and his most famous film, Safety Last (1923). In 1923, he married his leading lady, Mildred Davis, who retired from the screen; he broke with Hal Roach at the end of the year (Roach could no longer afford him), began his own production company, and began building a mansion to end all Hollywood mansions. His first independent film, Girl Shy (1924) introduced new leading lady Jobyna Ralston, and concludes with a wild chase across Los Angeles as Harold attempts to prevent her marriage to his rival. In 1925, Harold (then firmly in his 30s) was off to college for the film considered his masterpiece, The Freshman.

In the 1920s, college football was all the rage, and in California in the decade, four huge stadiums for it were built. Lloyd filmed the climax to this thing in three of the four. Harold Lamb can't WAIT to get off to Tate University; he's reading all the frosh guides and studying a movie called The College Hero to learn the little jig step the movie character does when he shakes hands with new friends on campus. When he gets there, though, he's the college boob, but the mean kids rib him and let him think he's popular, mainly because they want him to buy them ice cream and pay for their mixer. Pretty Jobyna Ralston, who works in the campus hotel dorm, is smitten by him, urging him to 'be himself' to win them over. Harold's the water boy on the football team, but come the day of the Big Game, he's going to get his chance. And of course, he screws it all up and the team's a goner for sure...But there's time left for just one big play...

Only The Gold Rush was a bigger comedy hit in the silent era. Clearly, Harold's character connected with audiences, but as with all Lloyd pictures, you have to be patient. With this one, it's easy, because he is likeable (so is Jobyna) and you can enjoy the travelogue of Southern California circa 1924-25 while waiting for the next set comedy piece. There are some, notably Harold's cheap break-away suit that keeps breaking away at the mixer.

The Freshmanis a very, very good movie and in the past year (late '24-late '25) audiences got The Navigator, Seven Chances, The Gold Rush and this picture and I hope they appreciated what a great era they were living in.

Harold's next few films couldn't live up to the high-water mark of The Freshman, but they all had their moments. Speedy, his final silent film (1928), was shot on location in New York, featuring Babe Ruth in a key role. Lloyd's next film, Welcome Danger, was also shot silent but Harold saw the box-office returns coming in for talkies and scrapped all the footage, rewriting the film as his first in the new genre of talking films. He next recreated Safety Last's thrills for the talkie Feet First, and then spoofed his own Hollywood career with Movie Crazy (1932). Audiences had begun turning away from Lloyd, though; now pushing 40, his 'bright, eager young man' persona seemed more than a little ridiculous. Lloyd made few films after 1932, and with the flop Professor Beware in 1938, called it quits, enticed back only once, to make The Sin of Harold Diddlebock with Preston Sturges in 1947.

That comeback effort was a misfire that was hacked to pieces by the studio, eventually released as Mad Wednesday. Lloyd concentrated on his home, growing family, and charity work; he also edited sequences together for a theatrical retrospective, Harold Lloyd's World of Comedy, in 1962. He died in 1971.

'If great comedy must involve something beyond laughter, Lloyd was not a great comedian,' Agee wrote. 'If plain laughter is any criterion -- and it is a healthy counterbalance to the other -- few people have equaled him, and nobody has ever beaten him.' That said, his films, unlike many slapstick classics, require patience. There's a painstaking buildup to the hilarious climax, and many audiences today are restless sitting still waiting for the 'good stuff' to kick in.

'Today, we admire Lloyd, admire his so painfully acquired craft and, for that matter, his integrity as a filmmaker,' wrote Walter Kerr in The Silent Clowns. 'If we cannot love him with the passion felt by those who share his time and assumptions, it isn't because the thrills are no longer thrilling...it is because we no longer share the interlocked time and assumptions...the myth of the good American has lately slipped away from us.'

Next: The Fourth Clown, Harry Langdon.