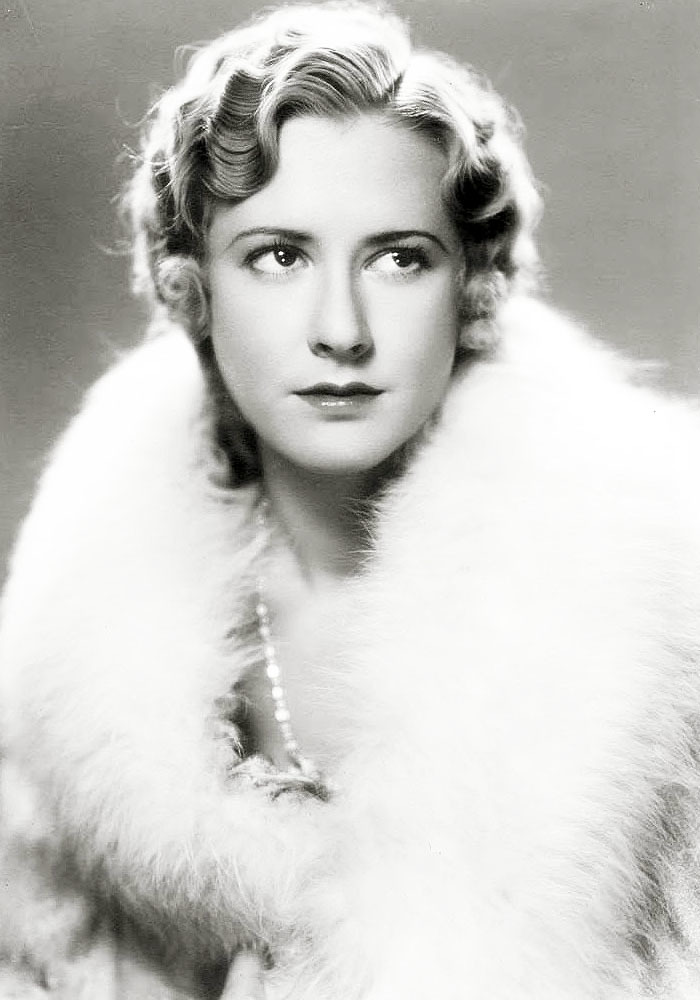 I would venture to say all movie fans have their favorite screen performances. Mae Clarke's portrayal of Myra Deauville in 1931's Waterloo Bridge is one of mine. In this first-rate feature directed by James Whale, Clarke infuses Myra with equal parts moxie, pathos, and charm, creating a character who is, for my money, one of cinema's most memorable.

Set in England during World War I, this pre-Code film tells the story of Myra -- a chorus girl who turns to prostitution when she's no longer able to make a living on the stage -- and Roy Cronin (Douglass Montgomery), the young, still-wet-behind-the-ears soldier who wins her heart. From the moment we see Myra in the film's first scene, gleefully taking her final bows on the closing night of her show, it's clear there's something unique about her -- and after spending just these few seconds with her, we want to get to know her better.

When Myra is making those happy stage farewells, she is blissfully unaware she'd be unable to find any other chorus work; by the time she meets Roy, during an air raid on London's Waterloo Bridge, two years have passed and it's clear she's now making her living as a streetwalker.

We receive our first glimpse into Myra's layered persona when the air sirens begin blaring; as those all around her run for shelter, she pauses to help an old woman who has dropped a basket of potatoes. Unable to convince the woman to abandon her vegetables and take cover, Myra disregards her own safety in order to come to her aid. The two are soon joined in their potato-retrieving efforts by a passing soldier -- Roy.

After escorting the old woman to a nearby shelter, Myra and Roy begin talking, discovering to their mutual delight they are both Americans. When the raid ends, Roy offers to take Myra home in a cab and she instinctively perceives she can get more out of this lad than just a ride home. She invites him to her apartment, casually suggesting they share dinner and telling him that, although she doesn't have any food, there's a 'swell fish and chips shop right downstairs.' Before Roy returns with their meal, we learn from the building's abrasive landlady that Myra is three weeks behind on her rent -- she even has to borrow a shilling from Roy to light the gas.

They get to know each other over dinner -- or, should I say, Myra gets to know Roy. For her part, she manages to craftily sidestep his questions about her personal life. She does, however, manage to express she's not exactly rolling in dough; one minute she's suggesting they talk about something other than her 'hard-luck tale,' and the next she's acknowledging that 'jobs are hard to find and rents are high. . . .The price of everything has gone up so.' Before you can say 'Bob's your uncle,' Roy is pressing a wad of money into Myra's hand. 'I don't know what to say,' she says coyly. 'Mind you, I hate taking it.'

But then Myra lets us see another layer: the heart of pure gold beneath the calculating exterior. Just seconds after she takes the money from Roy, she tosses it back at him and orders him from her home, masking her shame with righteous indignation. ('Felt very noble, didn't ya? Offering me something for nothing. That make you feel swell, huh?') She's unable to maintain her ire, though -- almost against her own will, she calls out after Roy, asking him to return.

The two proceed to share Roy's American cigarettes, Myra dances a delightful little jig, they talk some more -- and they begin to fall in love. But when Roy leaves a short time later, with a promise to return in the morning, Myra's carefree facade crumbles. In one of the film's most breathtakingly poignant moments, Myra sits down at her dressing table, staring unflinchingly at her reflection as she puts on her hat, lipstick and perfume, dons the scruffy white fox stole she'd been given by a beau on the night of her last show, and exits her apartment with an air of resignation, to return, once again, to the streets.

What follows is a veritable roller coaster of action and emotion, fueled by Myra's conflict between her love for Roy and her belief that she doesn't deserve him. When Roy shows up at her flat with an enormous bouquet, Myra runs to embrace the flowers with the lighthearted excitement of a child. But only seconds pass before she's chiding Roy for wasting his money on her. Roy gifts Myra with a lovely dress she admires in a local boutique; she allows just a flicker of pleasure to flash in her eyes before she angrily rejects the present, insisting she has her own 'private income' from her wealthy parents. Then, soon after, she admits her parents are dead and were 'drunken sots.' But finally, when Roy tells her he loves her, Myra is powerless to resist.

This back-and-forth, push-me-pull-you behavior continues throughout the remainder of the film, resulting in some of my favorite scenes. In one, Clarke doesn't say a word as she demonstrates her skills in multi-tasking: taking bites of toast, sipping on coffee, smoking a cigarette, and reading an instruction manual, all while trying her hand at knitting a pair of socks for Roy. She looks so happy during this brief sequence, so content and at peace, you can't help but smile (not to mention admire her capabilities!).

Another memorable scene takes place at Roy's lavish family estate in the country, to which he tricks Myra into accompanying him, rightly intuiting she would refuse to go otherwise. Roy's upper-crust mother, Mrs. Wetherby (Enid Bennett), stepfather (Frederick Kerr) and sister (Bette Davis) are more than polite to Myra -- they are genuinely gracious and welcoming, even inviting her to stay the night at their home. But Myra receives an abrupt dose of reality when Mrs. Wetherby informs her (with the utmost gentility, while watching a tennis match, mind you) that she's not the girl for Roy. Later that night, Myra visits Mrs. Wetherby's bedroom, tearfully confessing she's no chorus girl, and conveys that she will bow out of Roy's life. 'But I could've married him if I wanted to,' she adds mournfully. It's a brief, quiet scene, but Clarke manages to make us feel everything she is experiencing: humiliation, sorrow, desperation, and defeat.

Near the film's end, in what is perhaps Mae Clarke's most unforgettable scene, we see Myra resting in her bed after an unsuccessful evening on the stroll. (Actually, to be more accurate, she's snagged the attention of a soldier and is just about to accompany him to his hotel when she undergoes an unexpected change of heart and brusquely sends him on his way.) She is understandably shaken to see Roy climb through her window; when he questions her about her reasons for disappearing from his parents' home, and professes his unending love, Myra goes into complete hysterics -- screaming, laughing, clenching her fists, stomping her feet: 'I never want to see you again. I hate you! I hate your mother, your family, and all of you -- I hate you! I was happy here until you came. . . .Oh, why can't you leave me alone! What do you think you've got to give me -- nothing! Oh, look at you -- oh, if you'd see yourself, you'd laugh as I'm laughing now. You'd laugh. You'd laugh!' she shrieks, dissolving first into frenzied laughter, and then unstable tears. I've never seen anything like it from any other actress on the silver screen.

In case I haven't made it clear by now, I cannot say enough about Mae Clarke's depiction of Myra in this film. I've seen her performance countless times now, and it has a haunting quality that stays with me for days, each time I see it. If you've only seen the 1940 version of Waterloo Bridge, starring the always-wonderful Vivien Leigh, you truly must treat yourself and check out the original. Of the two, the 1931 version may not be your favorite, but I'll wager you'll be unable to take your eyes off of Mae Clarke's Myra.

She's a revelation. Trust me.