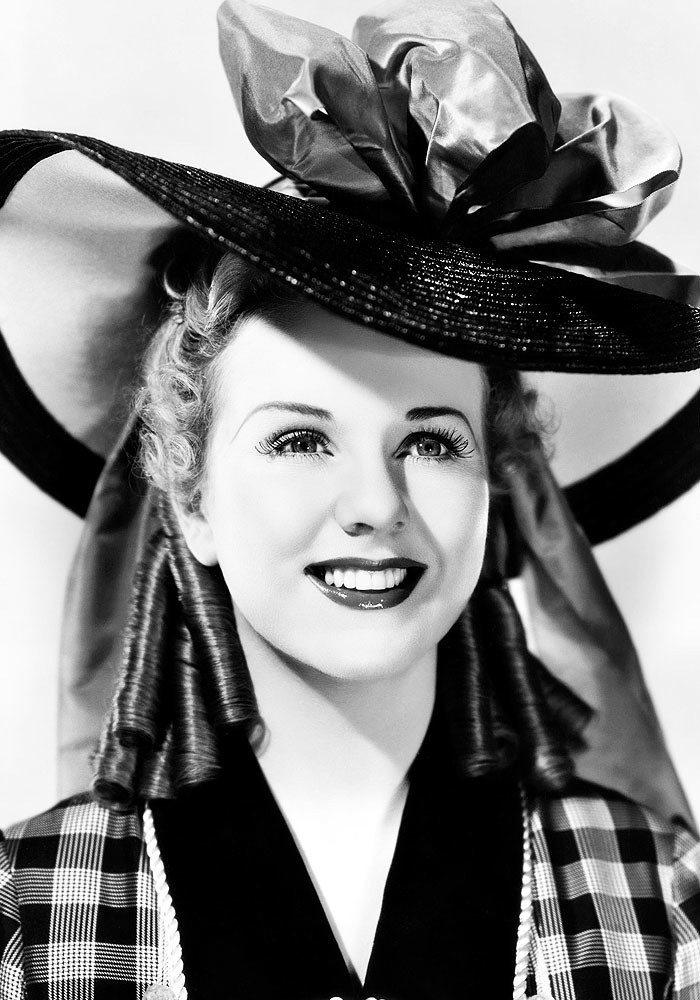 Here's another collection of movies which may not be especially well known but provide a great deal of viewing enjoyment.

This time around my list is focused on musicals. You won't find Singin' in the Rain (1952), The Band Wagon (1953), or other beloved top-shelf classics on this list, but instead a collection of titles which are either not as well known or are deserving of reappraisal.

These may not be perfect films, but they all deliver tremendous entertainment value. A number of classic tunes from the 'Great American Songbook' debuted in these movies, and one will also discover some of Hollywood's greatest dance numbers below. That's entertainment!

One of many remarkable things about Dick Powell's career is how many great American standards he introduced to the public; songs like 'I'll String Along With You,' 'I Only Have Eyes for You,' and 'You Must Have Been a Beautiful Baby' were all originally sung by Powell. Another classic he introduced was 'I've Got My Love to Keep Me Warm,' sung along with the wonderful Alice Faye in On the Avenue. This movie has a fun screwball plot, terrific music, and some very hummable tunes. In fact, On the Avenue contains one of my favorite musical scenes from '30s cinema, with Powell singing 'You're Laughing at Me' to Madeleine Carroll as they walk through Central Park and fall in love, shimmering with black and white movie magic.

I suspect many folks would be hard-pressed to name this as the movie where 'One For My Baby (and One More for the Road)' was first heard, but indeed it was, followed by a terrific dance by Fred Astaire atop a bar! Astaire plays an ace pilot seeking anonymity during a stateside leave, and Joan Leslie is the photographer he falls in love with. Astaire and Leslie's dances are most enjoyable. The Mercer-Arlen score also includes the Oscar-nominated 'My Shining Hour.' I like this film more each time I see it.

The Desert Song, available in a beautiful Technicolor print from the Warner Archive, was a recent discovery for me. While I wished the movie had even more music than it does, what's there is simply marvelous. The moment Dennis Morgan sings out for his army and they come riding over the sand dunes is thrilling. There's also a colorful dance sequence and striking New Mexico and Arizona locations. I'm ready to watch this little gem again right now!

This is one of my favorite Deanna Durbin musicals, with Durbin filmed in Technicolor on location in Utah, singing a Kern-Harburg score. (For a musicals fan, Durbin singing Kern is sheer bliss.) The pioneering storyline may not be much, but it's an excuse to see Durbin in her one and only Technicolor musical. There are some outstanding musical numbers, whether Deanna's singing in a bubble bath or her joyous 'Any Moment Now,' sung against gorgeous mountain vistas. Her beautiful gowns are by Walter Plunkett; watch closely during the final sequence, as the gown changes midway through. One gown was designed for the sequence, while the other had been planned for a number which was cut; Deanna couldn't decide which one to wear for the finale, so thanks to a bit of movie magic she wore them both!

Over the years this Fred Astaire film has had something of a negative reputation, with critics not caring for its fantasy storyline or leading lady Lucille Bremer (from Meet Me in St. Louis). Personally, I've always been very partial to this colorful film, based on a story cowritten by Ludwig Bemelmans. Astaire plays a con man who convinces a sheltered, beautiful and very wealthy young lady (Bremer) that he's her guardian angel, intending to make off with her fortune. He doesn't count on falling in love with her...This movie would be worth seeing if only for the sets and costumes! 'Coffee Time,' choreographed by Eugene Loring and danced by Astaire and Bremer on a swirling black and white floor, is one of my favorite numbers in any '40s musicals. It may not be a perfect film, but it has so much going for it that it deserves a far better reputation.

20th Century-Fox used and reused the theme of two or three young women searching for wealthy husbands, and this is one of my favorite versions. The ladies are played by June Haver, Vivian Blaine, and Vera-Ellen, who are charmers from the opening scene showing them as farm girls dreaming of another life. Off they go to Atlantic City, where thanks to the magic of the movies they immediately meet George Montgomery, Frank Latimore, and Charles Smith. It's a tuneful, colorful musical which introduced the standard 'You Make Me Feel So Young.' It never fails to leave me with a smile on my face when 'The End' comes on the screen.

Deanna Durbin is a disc jockey who becomes involved with a family of wealthy snobs, and I can guarantee her 'Turntable Song' won't leave your mind for hours after watching this one! While many prefer the movies Deanna made as a child, I lean toward the films she made as a young woman, and this is one of my favorites. The movie has a strong score by Johnny Green and Leo Robin, including the title song; Deanna also sings 'Miserere' from Il Trovatore. Donald O'Connor and John Dall costar; Dall would go on to be remembered for the crime films Rope (1948) and Gun Crazy (1950).

This is yet another of Fred Astaire's lesser-known musicals, but while it may have a flimsy plot, it also has much recommending it. There's a tuneful Mercer-Arlen score, a grand number with Fred and Vera-Ellen dancing on a horse-drawn trolley, and a beautiful Currier and Ives ballet, which includes a skating sequence. Best of all, there's one of Astaire's all-time great numbers, 'I Wanna Be a Dancing Man,' in which he tosses sand on the stage before dancing on it. This film is a must for those who love Fred Astaire and great dancing.

This little movie is a charmer, with Gower Champion starring as a Broadway director who must suddenly find a new leading lady for his latest show shortly before opening night. The candidates for the role are played by Marge Champion, Debbie Reynolds, and Helen Wood. Bob Fosse plays Champion's assistant, whose heart is captured by Reynolds. There's a pretty good Hackett-Goodrich script, based on a story by Vera Caspary, but the movie is mostly an excuse for one great dance after another. There's a rooftop dance with the Champions which is as good as anything in more famous MGM musicals, and Fosse and Reynolds are adorable together. The routines in this film are performed by some of the best in the business.

Kismet stars Howard Keel, Ann Blyth, and Vic Damone. Years ago I found this film a disappointment, but I'm so glad I tried it again a couple years later. Suddenly it was the right movie at the right time, and when the beautiful overture started playing, tears came to my eyes. Not a perfect film, particularly where the choreography is concerned, but there is so much more there than I'd remembered, including good lead performances, exquisitely lovely singing, and a fun supporting turn by Dolores Gray. If, like me, you dismissed it in the past, give it another look!