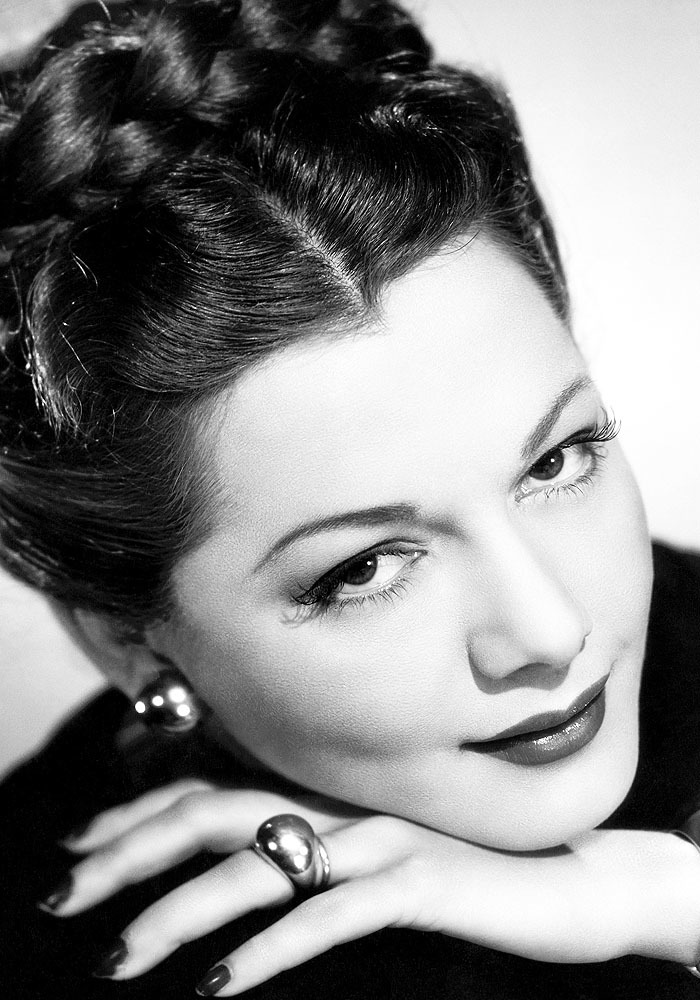 The Gypsy Wildcat: The Films of Maria Montez and Jon Hall

'If I had to name the one series of films that most captured the escapist spirit of the films of the forties, I would unhesitatingly choose the six filmed-in-Technicolor Jon Hall-Maria Montez adventures turned out by Universal between 1942 and 1945.' --Alan Barbour, 'A Thousand and One Delights'

Throughout most of its history in the talkie era, Universal struggled to shake its reputation and produce 'A' pictures while keeping within penurious budgets; Deanna Durbin musicals, monster pictures and, lately, Abbott & Costello had kept the studio afloat during lean years. The international success of Alexander Korda's The Thief of Bagdad (1940) inspired the studio to invest in its first full Technicolor feature ever, a 'fantasy' with no fantastic effects like flying carpets or giant genies that would break the bank, with Walter Wanger's production of Arabian Nights.

Beautiful Maria Montez (nee Maria Africa Garcia Vidal de Santo Silas of the Dominican Republican) landed the star-making role of Scheherazade; dashing Jon Hall is her love interest, and Sabu is around as the sidekick. Replacing the magic was comedy courtesy of Shemp Howard as Sinbad, Billy Gilbert, and John Qualen as Aladdin, perpetually searching for his lost lamp. The film was a huge hit and garnered four Academy Award nominations, leading to a series of costumer Technicolor swashbucklers.

Next up was White Savage (1943); Miss Montez was the princess of a tropical paradise, betrothed to (unbeknownst-to-her) evil treasure seeker Thomas Gomez but falling in love with shark hunter Hall. Turhan Bey, who had a small part in the first one, has a much larger role here and would loom ever larger as the series continued. With this film, Arthur Lubin, who'd been directing Abbott & Costello pictures, took over the reins.

Ali Baba and the Forty Thieves (1944) was next, and so similar to Arabian Nights that the plot is scarcely worth mentioning. Andy Devine provides the comedy and Sabu was unavailable. Kurt Katch is so good as the villain that he practically reprises the same evil role several years later for The 7th Voyage of Sinbad.

Just when you'd think the series would run out of steam came the best of all them, with Miss Montez in a dual role as the good girl and the evil twin sister in Cobra Woman (1944). Sabu is back, Edgar Barrier is the villain, and Lon Chaney, Jr. plays a very affable killer.

Having churned out four of these quickly, Maria Montez balked at playing yet another exotic princess for the next one, and so ended up as a lowly Gypsy dancing girl who doesn't turn out to be an exotic princess until late in the film, satisfying Miss Montez AND the studio. Gypsy Wildcat (1944) is now available from Universal on DVD (and, of course, from ClassicFlix).

Douglas Dumbrille rules the kingdom courtesy of a conveniently-missing heiress who's the rightful ruler of the throne; when word reaches him that the gypsy girl whose dancing he admired is actually said heiress (as with all good missing heiresses, she thoughtfully kept the family locket which reveals her true heritage), he schemes to force her into a quick marriage before she can discover who she really is, a scheme royal emissary Mr. Hall is only too happy to thwart.

Sabu is once again absent, his part taken by Peter Coe, one of the least talented, least likeable juveniles in the entire Universal stable. What the film really suffers from, though, is the Gypsy-girl-turns-out-to-be-a-lost-princess plot, which is so similar to any of a thousand different operettas that one wonders when Maria is going to burst out with a rendition of I Dreamt I Dwelt in Marble Halls.

None of that makes any difference, though, in our considerable enjoyment of the film: we're here to see brilliant Technicolor, swashbuckling action, and gaze on the gorgeous Miss Montez in a variety of colorful costumes, and Universal doesn't disappoint. James M. Cain (of The Postman Always Rings Twice, Double Indemnity fame) co-authored the script, but the budget was clearly shrinking: workman Roy William Neil, director of Frankenstein Meets the Wolf Man and the Sherlock Holmes series, was in the director's chair where he delivers the goods.

1945 gave us a trip to Sudan, and Jon Hall -- gaining weight and appearing rather puffy -- is shunted into a supporting part while Turhan Bey grabs the loveseat with Maria. George Zucco is the evildoer in this one, and Andy Devine is back for laughs.

Sudan brought an end to the series, although stock footage showed up in serials and B-movies for years to come. Universal used Maria Montez in one last film, Tangier (1946, and tellingly produced in B&W) and then released her from her contract; she'd gained a reputation as being difficult to work with, and had in fact turned down a film called Frontier Gal (1945), which helped make a star of Yvonne DeCarlo. Montez died of a heart attack in 1951, at the age of 39.

It would seem the six Montez-Hall pictures would be ripe for a beautifully restored Blu-ray box set from Universal, but alas, that has not been the case; Blu-rays are only available overseas, and Sudan and White Savage aren't available at all. A proper restoration of the six films is high on our wish list; all six films are highly entertaining, lavishly mounted, and rate near the top of the list for re-watchability. Highly recommended.