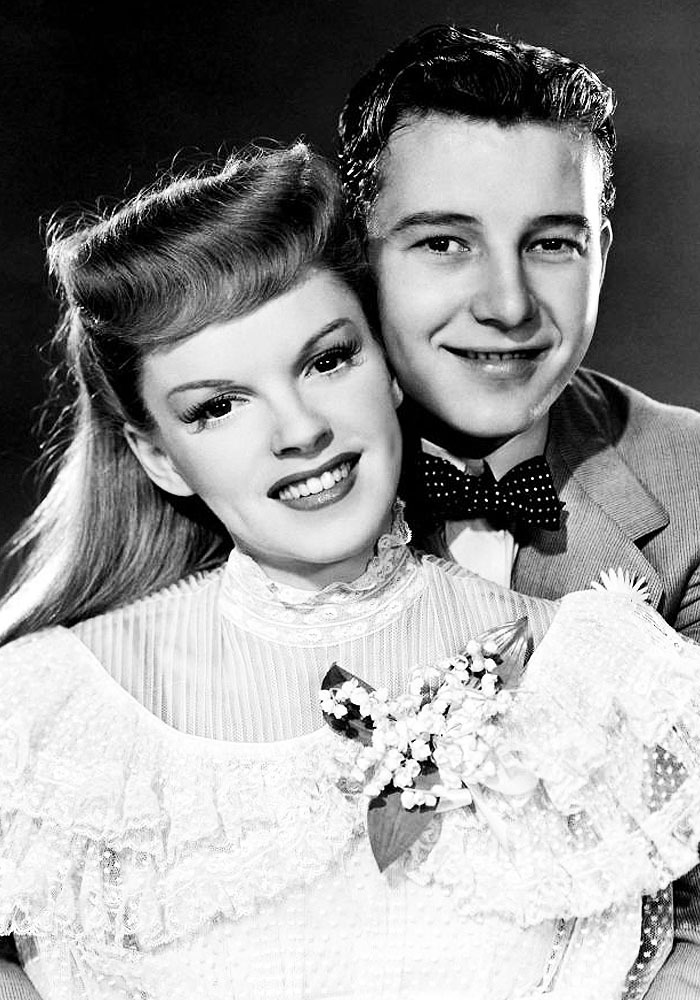 The tree is up, the stockings are hung by the chimney with care, and it's time to wait for 'ole St. Nick. What can you do in the meantime? Watch a movie, of course! I'm a big fan of Christmas films, and some of my favorites have such iconic moments that make me smile, cry, and remember the reason for the season. Here are the five Christmas moments I enjoy revisiting every year that you should pass along to your family, hot chocolate optional!

Elizabeth Lane (Stanwyck) is a magazine columnist lying about having a husband, baby, and a house in Connecticut. A group of people, including her editor (Sydney Greenstreet) and a young war hero (Dennis Morgan) are stopping by for the holidays...and to see the home and family Elizabeth's made her name on. She's got the fiance and had the baby the day before, but the original baby isn't available so a new baby is brought in its place. A series of complications happens very rapidly, leaving Greenstreet's character to notice Elizabeth's baby is different....this baby's a boy, with teeth, who can talk leading to Elizabeth's declaration that 'this is no time to take inventory!'

There are several moments in this Barbara Stanwyck comedy more in the Christmas vein than the one I picked, but this scene provides something everyone can relate to: dealing with a cadre of people staying in your house for the holidays. If your family's like mine, then trying to get anything accomplished is a moot point during family get-togethers and Christmas in Connecticut ramps that all up to absurd levels. The above moment never fails to bust me up, both because of Stanwyck's exasperated delivery and the myriad problems going on throughout the house requiring her attention. The delicate balancing act of her lines, coupled with the various strangers all talking to her will definitely remind you of the insanity that is the yearly Christmas party.

My love for Meet Me in St. Louis is well-documented, but there's no better time to talk about one of the de facto Christmas movies...that's actually about all the holidays actually. In the spirit of the holiday, though, it's nearly impossible not to mention Judy Garland and Margaret O'Brien's talk at the movie's climax. The Smith family are preparing to leave the only home they've ever known, in St. Louis to move to New York.

During their final Christmas Eve in St. Louis Judy's Esther sings 'Have Yourself a Merry Little Christmas' to younger sister Tootie (O'Brien). Judy's soulful vocals have never been lovelier and by the middle of the song you'll be a sobbing mess like O'Brien is. It's all capped off by O'Brien running downstairs to destroy her 'snow people' in a moment of near hysteria, eventually causing the family patriarch to question whether he's made the right decision to move (and maybe question whether the cherubic O'Brien is dangerous...).

How the Grinch Stole Christmas (1966)

You're a mean one, Mr. Grinch, and this movie proves it! One of the quintessential Christmas specials out there, Dr. Seuss' How the Grinch Stole Christmas (no, not the Ron Howard version) is the greatest tale of a miser whose heart magically enlarges due to the spirit of Christmas. There are several moments here I adore, particularly the ones involving the poor Max, the Grinch's uni-reindeer (if that's not a word I'm coining it!). When the Grinch is finally ready to go down to Whoville in his sleigh, only to discover Max is on the back of the sleigh, waving no less, it's comic business at its simplest and most enjoyable.

But that's not the sequence I enjoy the most, and even the Who's singing 'Welcome Christmas' runs a second to this one. As the Grinch makes his trip around the Whoville neighborhood, absconding with everything including the 'roast beast,' he runs into little Cindy Lou Who 'who was no more than 2.' Some say Tiny Tim represents the innocence of children and the spirit of Christmas, but for me it's always been Cindy Lou Who. She's angelic, innocent, with the cutest yawn in the world. Her brief encounter with the Grinch best embodies the adage 'taking candy from a baby,' and when the Grinch pats her on the head and sends her to bed before stealing all her stuff, he's certainly proven he's a total jerk that only the Whos can redeem!

What is there to be said about Miracle on 34th Street that hasn't been discussed? It's a delightful tale about Santa Claus (Edmund Gwenn) starring two titans of Hollywood- Natalie Wood and the late Maureen O'Hara. We watch Santa Claus try to change the mind of the logical Susan Walker (Wood), whose mother has told her Santa isn't real. While Santa saves the true test of his powers for the end, the moment I enjoy best involves him talking Dutch to a young girl living with a foster family.

The mother of the child plaintively says the girl won't understand him, only to have Gwenn's Santa start singing Christmas carols with the little girl in her native tongue. This does a lot to convince Susan this department store Santa could be the real article. (Full disclosure, the 1994 remake does a better job of adapting this scene, but you didn't hear it from me.) The Macy's Christmas Day parade is also a wonderful moment, if anything as a time capsule of what the parade used to look like.

Charlie Brown is the saddest cartoon character out there, so it was only a matter of time before he brought his brand of dour existentialism to the Christmas season. Charlie Brown bemoans the commercialism and flash of the holiday while simultaneously trying to find his Christmas spirit. This film presents a two-fer of classic Christmas moments with both Linus' recounting the tale of the baby Jesus and the final performance of 'Hark, the Herald Angels Sing.'

The former scene presents Linus with nothing but a spotlight, and him seemingly finding the confidence to tell this story to everyone in the theater. The second scene, at the end, proves to Charlie Brown he's got plenty of friends who love him, and that in itself is what Christmas is all about. By the end, Charlie Brown definitely finds the spirit of Christmas, if only until the next holiday special.

Kristen Lopez writes about film nearly 365 days a year and is the Associate Editor at ClassicFlix. Her undying love for classic film and Veronica Lake can be found on and at Journeys in Classic Film.