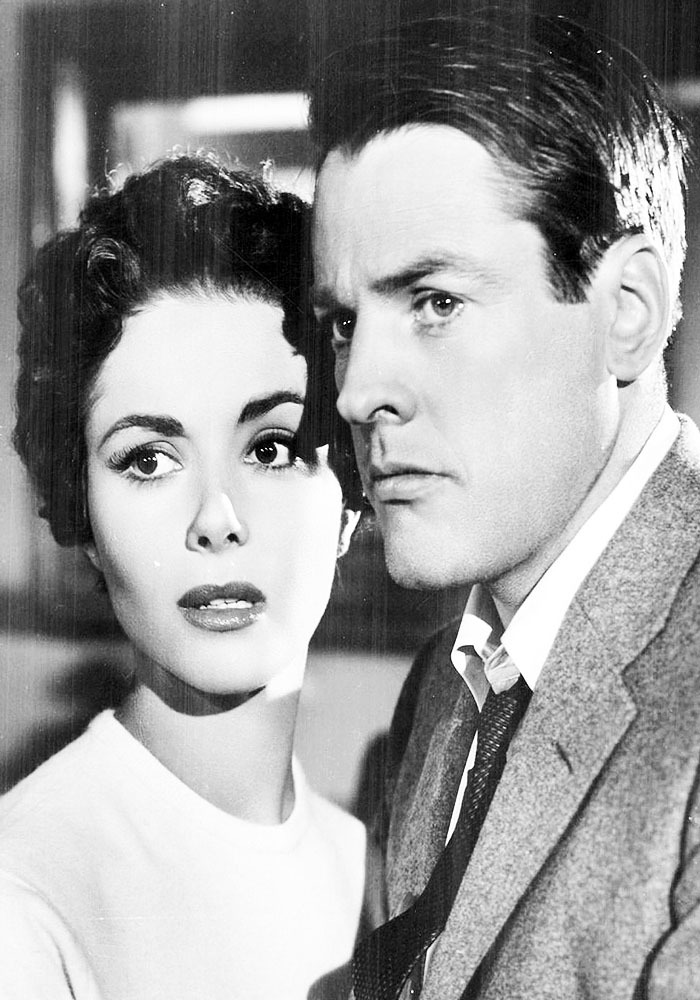 I was fortunate to enjoy a wonderful weekend at the first-ever Palm Springs Classic Science Fiction Film Festival this year. This inaugural sci-fi event was held at the Camelot Theatres in Palm Springs, where six months previously I had attended the Arthur Lyons Film Noir Festival.

Both festivals were expertly produced and hosted by Alan K. Rode, and it's safe to say that, thanks to Alan's great work, I'm a convert to the Palm Springs festival experience! It's a relaxed and congenial setting with plenty of time for movies but also with enough down time built into the schedule to relax in-between screenings.

Alan's knowledgeable intros provide interesting background and humorous insights into each of the movies shown. This was particularly valuable for me as I'm a relative latecomer to the sci-fi genre; indeed, five of the seven films I saw at the festival were first-time viewings for me.

The festival kicked off on Friday evening with star David Hedison in attendance at a screening of The Fly (1958). While I missed the film, I was there for every one of the seven movies shown over the next two days.

Saturday morning kicked off bright and early with Invasion of the Body Snatchers (1956), starring Kevin McCarthy and Dana Wynter, directed by Don Siegel. I was a bit nervous that this story of a small town taken over by 'pod people' might be too dark, but I really enjoyed it. It was creepy, but not to the extent I couldn't enjoy it. I was impressed with how efficiently the film put over a fairly complicated story, briskly pulling the viewer into its world.

Although there are some special effects, the movie's scares are strictly due to a good script, the film's effective tone, and most of all, strong acting. The single most disturbing moment in the movie is simply a reaction shot, no special effects needed! It's worth noting that like so many sci-fi films of the era, there's some great footage of Los Angeles.

After lunch it was time for one of the two films I'd seen previously, the very enjoyable Creature From the Black Lagoon (1954). Originally exhibited in 3D - how I'd seen it when I was younger - it was shown 'flat' at the festival, but that took nothing away from my enjoyment. (A little 3D goes a long way!) Richard Carlson and Julie Adams, both personal favorites of mine, star as scientists who discover an unusual creature in the jungle...a creature who develops a crush on Adams.

Julie Adams made the trip to Palm Springs to greet fans at the screening and what a friendly, gracious lady she is. Alan Rode interviewed Julie after the film, along with her son Mitchell Danton, who worked with his mother on her memoir The Lucky Southern Star and is knows so much about his mother's career.

Julie said she never dreamed audiences would still be interested in Creature 61 years later. She said when she looked at the script she thought it would be fun to make and it was, adding 'I was a pretty good screamer!' She said making a movie in 3D was great and, in its way, 'part of the challenge.' She had particularly high praise for the film's director, Jack Arnold, saying, 'You could understand him, and he knew what he wanted.'

The third film of the day was a perfect '50s sci-fi film: The Beast From 20,000 Fathoms (1953), a wonderfully creative film, featuring the work of Ray Harryhausen and Eugene Lourie directed, starring Paul Christian, Paula Raymond, and Kenneth Tobey. Based on a Ray Bradbury story, atomic testing awakens a giant prehistoric creature at the Arctic Circle, which then starts making its way down the East Coast, leaving destruction in its path.

Scientists and soldiers must team up to stop the creature before it's too late. The movie reaches its most sublime moment when a young Lee Van Cleef shows up as an army sharpshooter who must hit the creature with a radioactive isotope -- from atop a flaming rollercoaster!

The evening's final film was The Incredible Shrinking Man (1957), one of several shown that weekend reflecting the anxieties of the new nuclear age. Grant Williams stars as a man who passes through a radioactive cloud while boating and later starts shrinking...and shrinking...until he's living in a dollhouse, terrorized by the family cat, and eventually fighting for his life in the basement, where the horrors include a tarantula and a dripping hot water heater. The movie was also directed by Jack Arnold and very well done, especially the ending, but I found it exhausting to watch and more than a little sad.

The Thing From Another World (1951) kicked off Sunday morning and was my favorite film of the festival. The credited director is Christian Nyby, but it's widely regarded that it was actually directed by Howard Hawks, who produced. Alan Rode quoted leading man Kenneth Tobey, who said Nyby only directed one scene.

The Thing From Another World has it all including scares, humor, romance, and Hawksian camaraderie. At times I thought of it as a less serious Arctic version of Only Angels have Wings (1939). It's highly enjoyable from start to finish; at times the banter is such it almost feels like a comedy, but then the title creature arrives to stir things up again in a terrific, well-paced blend of fright and fun.

One of the things I enjoyed most is how the viewer is dropped right into the middle of the burgeoning relationship of Captain Patrick Hendry (Tobey), who's initially at the North Pole to investigate a UFO, and science assistant Nikki (Margaret Sheridan); their repartee is fast and funny.

On Sunday afternoon festival attendees enjoyed watching It Came From Outer Space (1953) with costar Kathleen Hughes in attendance. This was the third and final film of the festival directed by Jack Arnold and the second starring Richard Carlson; it was also another film based on a story by Ray Bradbury. A meteor, which is actually a spaceship, crashes in the desert, and soon a number of the people in the neighboring town aren't acting quite like themselves...at times the movie seems to foreshadow Invasion of the Body Snatchers.

Like Creature From the Black Lagoon, Universal filmed this in 3D, though we saw the 'flat' version. Kathleen Hughes helped make 3D tests at Universal before this picture was filmed and very much wanted to be in a 3D movie. Although the studio was initially reluctant to cast the up-and-coming actress in a supporting role, she convinced them and was cast as the girlfriend of George (Russell Johnson). Her part might have been relatively small -- though memorable! -- but the 'screaming' publicity stills she shot for the film have had a life of their own, even turning up on birthday cards!

The final film of the festival was another of my favorites seen for the first time that weekend: Them! (1954), in which atomic testing in the desert unleashes giant killer ants who take off for Los Angeles. First L.A., then the world, unless an FBI man (James Arness), a cop (James Whitmore), and a father-daughter team of scientists (Edmund Gwenn and Joan Weldon) are able to exterminate them. A good story directed by Gordon Douglas, terrific performances from a deep cast of familiar faces, and excellent location shooting in L.A. and the Mojave Desert made Them! a riveting and most enjoyable film.

One of my main takeaways from the movies screened at the festival is nothing good ever happens in the desert! Except, of course, the Palm Springs Classic Science Fiction Festival. I'm hoping to return to Palm Springs for more film noir and science fiction in 2016 and it was a great pleasure to be one of those attending the inaugural edition of what looks to be another amazing festival devoted to the wonders of science fiction.