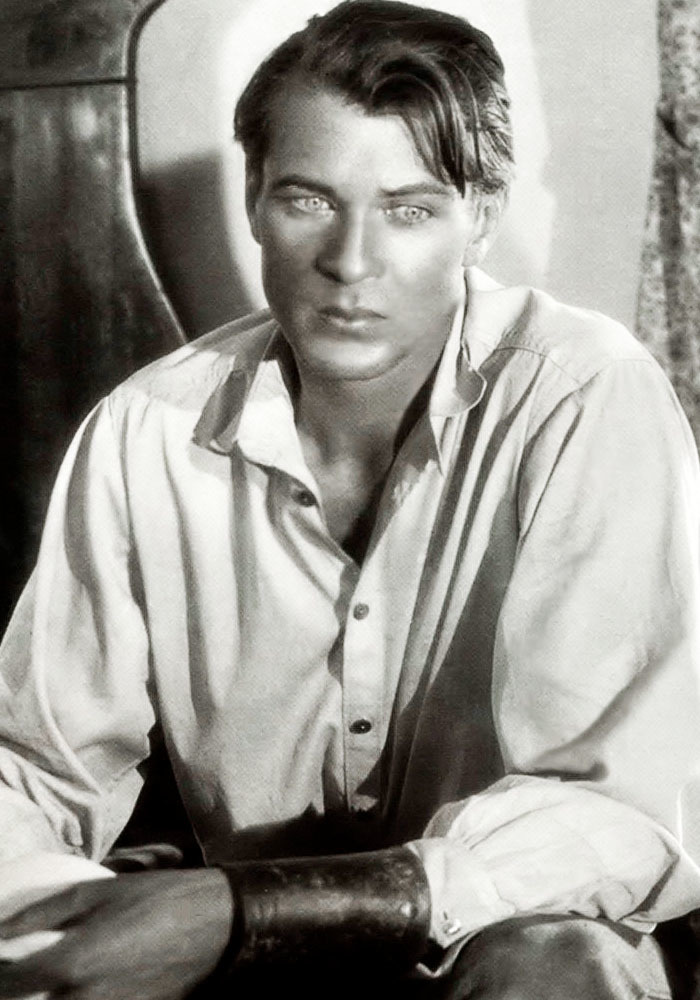 Ten Valentines for Your Valentine's Day

Valentine's Day is just around the corner and below are ten suggestions of favorite romantic films that have just the thing to chase away the winter doldrums.

The Winning of Barbara Worth (1926) - Ronald Colman and Gary Cooper both love Vilma Banky in this well-told Western romance. This silent movie is a visual masterpiece, with scenes tinted in amber, blue, and red, and there's an exciting flood sequence as well. This is a great film for those uncertain about watching silent movies; it helped make me a convert!

Lonesome (1928) - Lonesome is a charming romance about a young working-class couple (Barbara Kent and Glenn Tryon) who meet at Coney Island on Independence Day weekend. As the day passes they draw closer and closer, but then they're accidentally separated and have no way to find one another again...but maybe, just maybe, a miracle will happen.

A mostly silent film released at the dawn of the sound era, there are also a few talking sequences. This marvelous film is remarkably stylish, including pink and blue tints in amusement park scenes and is a wonderful discovery.

Their Own Desire (1929) - Norma Shearer and Robert Montgomery play young lovers in one of my all-time favorite pre-Code films. Lally (Shearer) and Jack (Montgomery) meet at a summer resort and quickly fall in love, but things get complicated when Lally realizes Jack's mother broke up her parents' marriage.

This short, lively romantic melodrama was partly filmed at the Norconian Resort, a favorite getaway for Hollywood filmmakers of that era. Favorite scenes: Lally and Jack meeting in the Norconian pool and later dancing to 'Blue is the Night.' Incidentally, Shearer was nominated for Best Actress for this film, but lost to...herself, winning for her role in The Divorcee (1930).

Midnight Mary (1933) - Another favorite pre-Code and also my favorite Loretta Young film. Loretta plays the title role, girlfriend to a gangster (Ricardo Cortez), but Mary is inspired to reform and get a respectable job when she falls for a straight-arrow lawyer (Franchot Tone). Ultimately, though, Mary returns to the mobster in order to protect the man she really loves. Directed by William Wellman, this is a fast-paced, fascinating movie.

It Happened One Night (1934) - I think perhaps I had come to take this multi-Oscar winner for granted, having seen it so many times. However, when I watched it for the first time in years at the 2013 TCM Classic Film Festival, the experience blew me away. I'd almost forgotten how wonderfully constructed it is, how many magical moments it contains, and just how good Clark Gable and Claudette Colbert are in it.

Gable and Colbert are at the forefront of countless well-remembered moments, from hitchhiking to dunking donuts to the fabled 'Walls of Jericho.' If the thought of watching it again makes you shrug, watch it anyway and marvel anew at this terrific romantic comedy, which set the template for countless films to follow.

No Time for Love (1943) - Another Claudette Colbert film, albeit one of her lesser-known comedies, but it's a real gem. Colbert plays an upper-class magazine photographer who meets working-class ditch digger Fred MacMurray on a photo shoot. Colbert and MacMurray's chemistry is simply electric, and Colbert is once again at her very best, tossing off quips and looking smashing in gowns by Irene.

The More the Merrier (1943) - One of my all-time favorite comedies, equal parts rib-tickling and romantic. Jean Arthur and Joel McCrea are thrown together in a small apartment by Cupid, in the form of Oscar-winner Charles Coburn. The film is a miracle of comic timing -- the 'morning schedule' and the scene where Coburn loses his pants is guaranteed to generate laughs -- and it also has perhaps the swooniest romantic scene of all time, as McCrea courts Arthur on the front steps of her apartment building.

I Know Where I'm Going! (1945) - Another real favorite of mine, I Know Where I'm Going! is the perfect film to watch at this time of year, wrapped in a cozy blanket while sipping tea or hot cocoa. Wendy Hiller plays Joan, a headstrong young Englishwoman looking for financial security; while traveling to a remote island to marry a wealthy man she doesn't love, she's stranded in a small village by poor weather.

While waiting for the weather to finally clear, Joan finds herself falling for a poor but dashing Naval lieutenant (Roger Livesey) home on leave. This is one of those movies where it's important to keep your eyes on the screen at all times, for their relationship is developed quite subtly, and what is seen is just as important as what is said. The stark, stormy setting combined with references to ancient legends gives the film a certain otherworldly, mystical quality, building to a heartwarming conclusion. This is a film which only grows more special on repeat viewings.

Pillow to Post (1945) - Ida Lupino isn't commonly associated with romantic comedies, but she's simply wonderful as a traveling saleswoman desperate for a place to lay her weary head. Unable to find a hotel room due to WWII crowding, she happens upon a motor court which rents to army officers and their families, and she persuades a nice young lieutenant (William Prince) to pose as her husband just long enough for her to register and finally get a good night's sleep.

Of course, nothing goes as planned, especially when the lieutenant's commanding officer (a delightfully droll Sydney Greenstreet) and his mother (Regina Wallace) both show up unexpectedly!

Pillow to Post is a charmer, and who wouldn't want to live in a motor court where the neighbors include Ruth Donnelly, Stuart Erwin, Barbara Brown, and Willie Best?

The Mississippi Gambler (1953) - This richly detailed costume drama stars Tyrone Power as an honorable gambler who falls in love with chilly Angelique (Piper Laurie). He waits a very long time for her to warm up; it's a bit hard understanding why at times, when lovely Julie Adams is pining away for him, but the film builds to a moving, very satisfying romantic conclusion and makes for a most entertaining movie. The gorgeous cast was filmed in beautiful Technicolor, which also captures spectacular costumes by Bill Thomas.