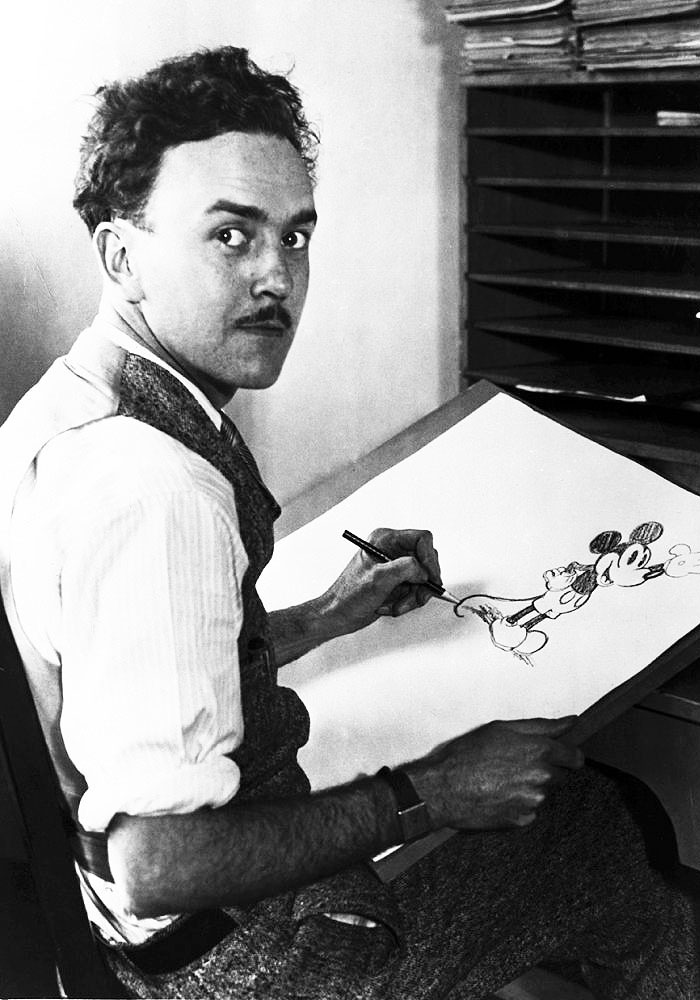 Beyond the well-known Disney, Warner Bros., MGM, and Max Fleischer cartoons with their all-star lineups of Mickey, Donald, Bugs, Daffy, Tom & Jerry, Betty Boop, and Popeye, there exists a strange parallel universe of B-level animated cartoons from the 1930s. Nobody could ever mistake these for Disney (or even Fleischer or Warner Bros.) cartoons, yet they have a certain rudimentary charm and a bouncy sense of fun that makes them fondly regarded by cartoon fans (like us).

Some of the most popular offerings in the early days of television, the work of the Ub Iwerks and Van Beuren Studios are all but forgotten today thanks to years of neglect. Thankfully, Willie Whopper, Flip the Frog, and other once-sort-of-popular characters are being painstakingly rescued from truly terrible public domain prints on 99 cent; DVDs in cardboard sleeves by a handful of fans and cartoon historians, and are available here at ClassicFlix. We thought it would be fun to spotlight some of animation's lesser lights from these two long-gone cartoon studios.

In the 1920s, the Keith-Albee chain of vaudeville houses was converting to the more-popular movie theatres, and contracted with several producers to supply them with films, short subjects, and serials. Paul Terry was signed in 1921 to provide cartoons; the result, Aesop's Fables featuring Farmer Al Falfa, did well enough to last throughout the decade. In 1928, film producer Amadee Van Beuren purchased Keith-Albee and announced he was converting to 'all-talking' productions only.

Terry was contractually obligated to provide a new cartoon every week -- 52 a year! -- and couldn't possibly keep up that grind and make 'em talk as well. Within a year, Terry had quit, leaving most of his staff behind to run the show; he'd eventually establish Terrytoons, featuring Gandy Goose, Dinky Duck, Heckle & Jeckle, and Mighty Mouse, but that's another story.

The newly-christened Van Beuren Studio tried hard, hiring musicians to score and time the films; these early talkies are strikingly simple in design and movement. Frankly, animating barnyard animals forming a jug band was a LOT easier than animating dialog and facial expressions. These days, that's all part of their charm.

By the end of the 1920s, Walt Disney's Mickey Mouse and Silly Symphonies cartoons were all the rage, and Van Beuren tried hard to emulate not only the success of the cartoons but the characters themselves; in 1931, Disney obtained an injunction against Van Beuren prohibiting the studio from 'employing or using or displaying the pictorial representation of 'Mickey Mouse' or any variation thereof.' (A pair of mice looking exactly like Mickey and Minnie had begun appearing in Van Beurens.)

The studio, which had been continuing the Aesop's Fables and Farmer Al Falfa cartoons from the silent days, then turned to human characters, with a Mutt & Jeff-like pair (one tall and bony, one short and hefty) called, believe it or not, Tom & Jerry (this was way before the cat-and-mouse team). The cartoons proved popular enough for more than two dozen to be produced, but by 1933, in the depths of the depression and with Van Beuren in serious trouble of bankruptcy, they hired Carl Stallings to oversee the animated output -- and to create a bankable character that could be licensed and sold as toys, books, and games, the way Mickey Mouse was for Disney.

The result was Cubby Bear, and the fact that you've never heard of him is all you need to about HIS popularity. Still, the Van Beurens were now distributed by RKO-Radio Pictures, and doing well enough to stay in there and keep pitching. Perhaps inspired by Fleischer's successful licensing of Popeye from King Features Syndicate, they snapped up the rights to Otto Soglow's comic strip The Little King and to the popular radio program Amos & Andy, but neither series caught on. Van Beuren then hired Burt Gillett away from Disney; Gillett was Disney's #1 director, and he gave a much-needed burst of enthusiasm to the team.

Van Beurens converted to color at about this time, too, with a series called Rainbow Parade, greatly increasing both their cost and their value, but a successful, bankable cartoon star continued to elude them, so additional licenses were signed, bringing aboard the comic strip The Toonerville Trolley (featuring the Katzenjammer Kids) and cartoon veteran Felix the Cat. Things were looking up at Van Beuren up until Walt Disney dropped a safe on them (metaphorically speaking): he pulled his cartoons from United Artists and signed with RKO for distribution, which left Van Beuren out in the cartoon rain. By mid-1936, the studio was history; Amadee Van Beuren died two years later, at the age of 58.

Ub, like Gillett, was another Disney alumnus, but with much longer roots: he and Walt had been friends since meeting back in Kansas City, where they worked together in art design studios. Ub was summoned to California by Disney as soon as the latter had set up his own animation house in the mid-1920s and Iwerks is recognized today as being the designer of Mickey Mouse and the creator of some of the best Disney cartoons of the late 1920s, including Skeleton Dance, the groundbreaking Silly Symphonies gem.

In 1930, Iwerks decided to try and make it on his own outside of Walt's shadow and set up his own studio producing cartoons starring a frog named Flip, who despite his amphibious nature bore a surprising (or not so surprising) resemblance to Mickey Mouse. The fresh character, high quality of the cartoons, and Iwerks' reputation were enough to sell the series to MGM for distribution, and the new animation studio was off to a good start, even hiring Carl Stallings away from Van Beuren.

After three years, though, Flip's popularity began to sag, and MGM asked for a replacement. The result was Willie Whopper, a fat little kid who tells big lies and then illustrates his own imaginative adventures. While that series lurched along, the companion color series -- ComiColor Cartoons -- are what the studio is remembered for (when it's remembered at all) today. Shot in cheaper Cinecolor rather than Technicolor, the cartoons paled beside the artistry of the competition from Disney, but -- based on Iwerks' tendency to adapt popular fairy tales like Jack and the Beanstalk, Tom Thumb and Aladdin and His Lamp, the series did well.

Not well enough to suit MGM, alas, and by the end of 1936, Ub Iwerks' studio had joined Van Beuren in the dustbin of animation history. Iwerks attempted various comebacks until finally rejoining Disney for good in 1938; he'd go on to work on many of Disney's best loved features and to design many of the original rides at Disneyland. It's worth mentioning that Iwerks also contributed the animated bird attacks to Alfred Hitchcock's The Birds.

These days, cartoon fanatics like our friends at Thunderbean Animation work hard to find and restore these cartoons, making them available to the new fans constantly discovering the jazzy scores, bouncy characters, often naughty (pre-Code!) situations, and stunningly obvious attempts to recreate the Disney magic by lesser animation lights.