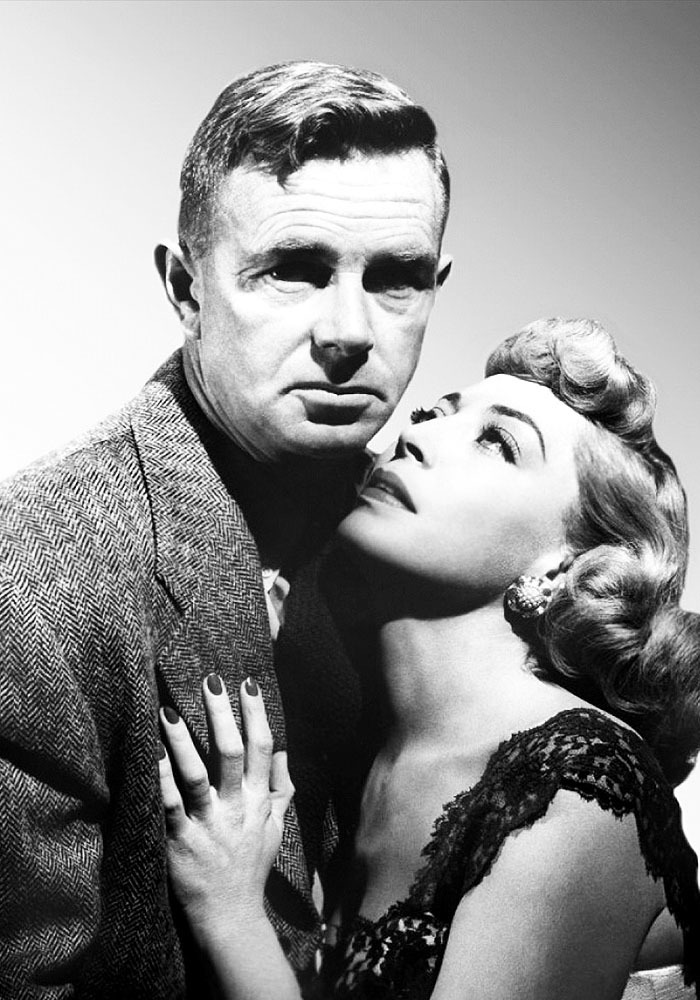 The TCM festival is a one-of-a-kind experience, a chance to enjoy movies on the big screen, with filmmakers and historians present to add context to each film screened. Attending is a terrific goal for any classic film fan!

But if you can't make this year's event, why not join in the fun and program your own at home?

Below is a suggested list for a 'do-it-yourself' classic film festival; each title on this eclectic list was a personal highlight for me at a past TCM gathering. Think of it as a 'Best of the TCM Classic Film Festival' lineup!

Gun Crazy (1950) - Gun Crazy was the very first film I ever saw at the TCM Classic Film Festival, and to make it better, star Peggy Cummins was in attendance! Cummins' said she wasn't sure what the producers saw in her when they cast her as the wild, feral Annie Laurie Starr -- especially as she'd been dropped as the lead in Forever Amber (1947) when she was deemed 'not sexy enough' early in the filming. Gun Crazy is remarkable for many reasons, but my favorite part is the famous robbery sequence, shot in one take and largely ad libbed. John Dall costars, with Joseph H. Lewis directing. Don't miss this one.

The Killing (1956) - Another great film noir with another leading lady present when I saw it at TCM. I was so fortunate to see this early Stanley Kubrick classic with Coleen Gray there discussing it. Gray appears in the opening and closing scenes as Sterling Hayden's girlfriend; she said she'd heard the producers wanted to cast a 'Coleen Gray type' and then decided 'Why not cast Coleen Gray?' This film, about a racetrack robbery, is famed for its non-linear storytelling, randomly rewinding the time to show the roles various people played in the robbery. The movie has a great cast, including Marie Windsor, Elisha Cook Jr., and Timothy Carey, as well as a justifiably famous ending.

The Narrow Margin (1952) - One more film noir, with one more leading lady present, in this case Jacqueline White. White said she liked working with the rough-hewn Charles McGraw, who plays a cop trying to protect a witness from a potential mob hit while on a long train ride to Los Angeles, and she described McGraw as 'a perfect gentleman.'The Narrow Margin has become one of my all-time favorite films; making every one of its 71 minutes count, with great characters and rich dialogue, such as McGraw's description of Marie Windsor as 'poison under the gravy.'

Bachelor Mother (1939) - What a treat seeing this favorite comedy with an audience on opening night in 2014! Ginger Rogers plays a department store clerk mistakenly thought to be the mother of an abandoned baby. Store owner Charles Coburn and his son, played by David Niven, make sure their employee has a job to support her child, regardless of her protests that she's not the mother. She is glad to have a job, and the baby is awfully cute so...The film is simultaneously risque for its day, delightfully innocent, and completely hilarious. Few scenes are funnier than Ginger pretending to speak Swedish to Niven at a New Year's Eve party!

Stagecoach (1939) - I hadn't seen this film in decades, and the big screen experience simply blew me away; one of my all-time favorite festival experiences among many such great viewings. Every inch of the film is rich in detail and characterizations, with a star-making performance for John Wayne and a remarkable cast including Claire Trevor, Thomas Mitchell, and John Carradine. And how great watching the movie with an audience which recognized Yakima Canutt's famous 'under the horses' stunt with a round of applause. A four-star classic.

Sunday in New York (1963) - I saw this early on a Sunday morning -- the timing a slice of perfection in and of itself -- with a very enthusiastic audience. Robert Osborne wanted to know what drew us to the movie, and the consensus was there were a great many Rod Taylor fans in the audience thrilled at the prospect of seeing this classic '60s comedy on a big screen. (We also had a surprise in store in that we saw a British print, which has a slightly different, somewhat racier ending than the U.S. version available on DVD.)

The movie makes the viewer smile from the moment Mel Torme begins singing the title song. Taylor and Jane Fonda play a couple who 'meet cute' one Sunday and end up spending the day together; there's a 'mixed-up identity' sequence with Cliff Robertson as Fonda's brother and Robert Culp as her ex-boyfriend which is laugh out loud funny.

The Proud Rebel (1958) - I'm a big fan of Alan Ladd, so it was a treat watching this introduced by his son David, who also stars in the film as his father's mute son. The little boy hasn't spoken since witnessing his mother's murder during the Civil War. While traveling in search of a cure for his son, the father is going to be jailed on a trumped-up charge, but a woman (Olivia de Havilland) arranges that he be paroled to work on her farm instead. As they help one another with their problems, father and son come to mean a great deal to the lonely woman, while the little boy blossoms under the care of a mother figure. The Proud Rebel is a warm, moving film with a score by Jerome Moross, who also composed the great score for The Big Country (1958), released the same year.

So Dear to My Heart (1948) - This little-known Disney film was a high point of the 2015 festival for many of those who saw it, with one of my fellow bloggers calling it 'unforgettable.' Leonard Maltin, who introduced it, spoke of his hopes that the movie would become better known. With a recommendation like that, why not give it a try?

It's a lovely slice of Americana set in the Midwest of 1903. Jerry (Bobby Driscoll) lives a simple existence on a farm with his grandmother (Beulah Bondi); they don't have many 'extras' but it's a rich life, what with a black lamb to care for and friends like Tildy (Luana Patten) and Uncle Hiram (Burl Ives). The movie is filled with evocative moments, whether it's the carefree children running through a field or Uncle Hiram singing the Oscar-nominated 'Lavender Blue.' This was the final film for Harry Carey Sr., who has a small but wonderful role as a judge at a county fair.

Why Be Good? (1928) - Jazz baby silent movie fun starring Colleen Moore as a department store clerk who's racy on the outside to attract men's attention, while hiding the fact that she's a 'good girl.' When she falls for Winthrop Peabody Jr. (Neil Hamilton), son of the store owner, she ends up confronting sexist expectations of the day when her virtue is questioned. It's a fun and thought-provoking movie, which comes with a synchronized soundtrack including music and sound effects.

Calamity Jane (1953) - This joyous film is a must for fans of Doris Day and musicals. It's loads of fun, as Doris's Calamity Jane bickers with Wild Bill Hickok (a very handsome Howard Keel) and eventually decides she might want to be a 'lady.' It's a colorful, tuneful film with songs like 'Deadwood Stage' and the Oscar-winning 'Secret Love.' I confess to shedding happy tears when Doris sang the latter song, it was such a special moment. This is another film which deserves to be much better known.

Happy movie viewing whether you'll be attending this year's festival or watching movies from the comfort of home!