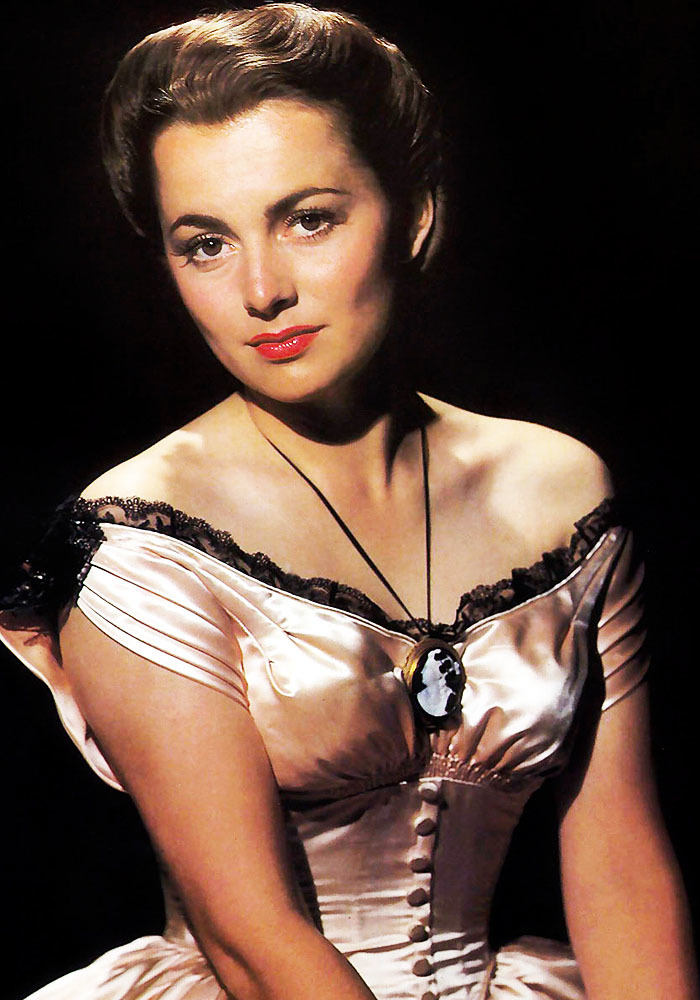 One of the great stars of American cinema, two-time Oscar winner Olivia de Havilland, celebrates her centennial birthday on July 1, 2016.

Olivia de Havilland was born in Tokyo. Her sister, Oscar-winning actress Joan Fontaine, was born the following year, in October 1917.

The girls relocated with their mother to Northern California when they were very young. Olivia was spotted in a college production by director Max Reinhardt, who cast her in his stage and film versions of A Midsummer Night's Dream. Warner Bros. signed her to a film contract, and the rest is movie history.

While Olivia's screen image was often sweet, off-screen she was always something of a rebel in the business. Refusing to take 'no' for an answer when Jack Warner didn't want to lend her out for Gone With the Wind (1939), Olivia invited Warner's wife to tea and made her case. Her campaign was a success, and she received the coveted role of Melanie in the film.

Several years later, she sued Warner Bros. over the company using suspensions to lengthen her contract when she declined roles. She won the case, and the 'de Havilland decision' made legal history.

After leaving Warner Bros., she won Oscars for To Each His Own (1946) and The Heiress (1949). Sadly, Paramount has not released To Each His Own on DVD; likewise, her great Oscar-nominated performance in the earlier Paramount film Hold Back the Dawn (1941) is also unavailable. She was also nominated for Gone With the Wind (1939) and The Snake Pit (1948).

De Havilland, who continued to act occasionally until the late '80s, has lived in France for decades.

As many film fans are aware, Olivia had a rocky relationship with her sister Joan, who passed on in 2013, age 96. Olivia's son Benjamin passed away in 1992. Her daughter Gisele lives in Southern California and has attended screenings of Hold Back the Dawn and The Proud Rebel at which I was present.

As a teenager I was very fortunate to see Miss de Havilland herself at a Filmex festival in Century City, California. The event included clips from her career, a screening of The Heiress, and an interview with the great lady, who was every inch the movie star. What a thrill seeing someone who is not only a remarkable actress, but has worked with so many greats of the silver screen!

Having lived to a great age, de Havilland said in an interview that it doesn't make her sad to watch her old films; rather, when she sees her long-gone friends and coworkers 'vibrantly alive on screen, I experience a kind of reunion with them, a joyful one.'

In a recent interview Miss de Havilland expressed the wish to live to the age of 110. May it be so!

Happiest birthday wishes to Olivia de Havilland on her centennial, with great thanks for how her work has enriched our lives.

Below is a selection of eight personal favorites from de Havilland's long career, which spanned Alibi Ike in 1935 to the TV-movie The Woman He Loved in 1988.

Captain Blood (1935) - The first of eight teamings with Errol Flynn, the pair had remarkable chemistry, with Flynn's lighthearted, joking rogue playing to her more earnest but spunky character. Discussing her real-life crush on Flynn, de Havilland once said 'A cantankerous fate kept us together in films and apart in real life.'

The Adventures of Robin Hood (1938) - The best of de Havilland's films with Flynn and one of the all-time greatest examples of Hollywood moviemaking firing on all cylinders. A superbly cast picture, with remarkable Technicolor cinematography and one of the best scores of all time by Erich Wolfgang Korngold. Best of all, front and center are Flynn's dashing Robin Hood and de Havilland's fiery Maid Marian, no simpering miss but a woman who can banter with the powerful men surrounding her and help plot Robin's rescue.

Gone With the Wind (1939) - In what is probably the most famous film of all time, de Havilland soars as Melanie, playing her as someone genuinely sweet, yet believably so. Her Melanie has the same strong spine Olivia had in real life, doing what must be done, whether it's evacuating Atlanta immediately after giving birth, checking out a dead would-be attacker's pockets, or convincing Rhett Butler he must allow his little girl to be buried. She was nominated for Best Supporting Actress but lost to Hattie McDaniel for the same film; the two women shared a particularly memorable scene after Bonnie Blue Butler's death.

Dodge City (1940) - This might not be an especially good Western, yet I return to it time and again for Flynn and de Havilland's delightful pairing, as well as the stunning Technicolor. The superb cast includes Ann Sheridan, Bruce Cabot, Alan Hale (Sr.), and William Lundigan.

Princess O'Rourke (1943) - A decade before Roman Holiday (1953) and its tale of an incognito princess, there was Princess O'Rourke, an underrated romantic comedy with Olivia in the title role. She plays Princess Maria, exiled in the U.S. due to WWII, who meets a pilot named Eddie (Robert Cummings); as 'Mary Williams' she enjoys a day on the town with Eddie, free of the usual royal protocol. Unlike Roman Holiday, true love wins in the end, thanks to some help from FDR and his dog Fala! The excellent supporting cast includes Charles Coburn, Jack Carson, and Jane Wyman, who would be competing with de Havilland for a Best Actress Oscar just a few years later.

The Dark Mirror (1946) - de Havilland gives a tour de force performance -- make that performances -- as twin sisters, one of whom is good and the other is a killer. de Havilland is great, creating two distinctly different characters, and the special effects are so smooth that after a while one doesn't even think about the trickery involved.

The Proud Rebel (1958) - de Havilland plays a careworn farm woman who comes to the aid of a Confederate veteran (Alan Ladd) and his mute son (David Ladd). This was quite a different role for de Havilland; she was 42 when it was filmed, and she looks every inch a hardworking, unglamorous farmer who has spent countless hours in the sun tending her land. It's a lonely life, and we see how she becomes attached to the little boy and his father, in subtle but moving scenes. An underrated film which should be better known today.