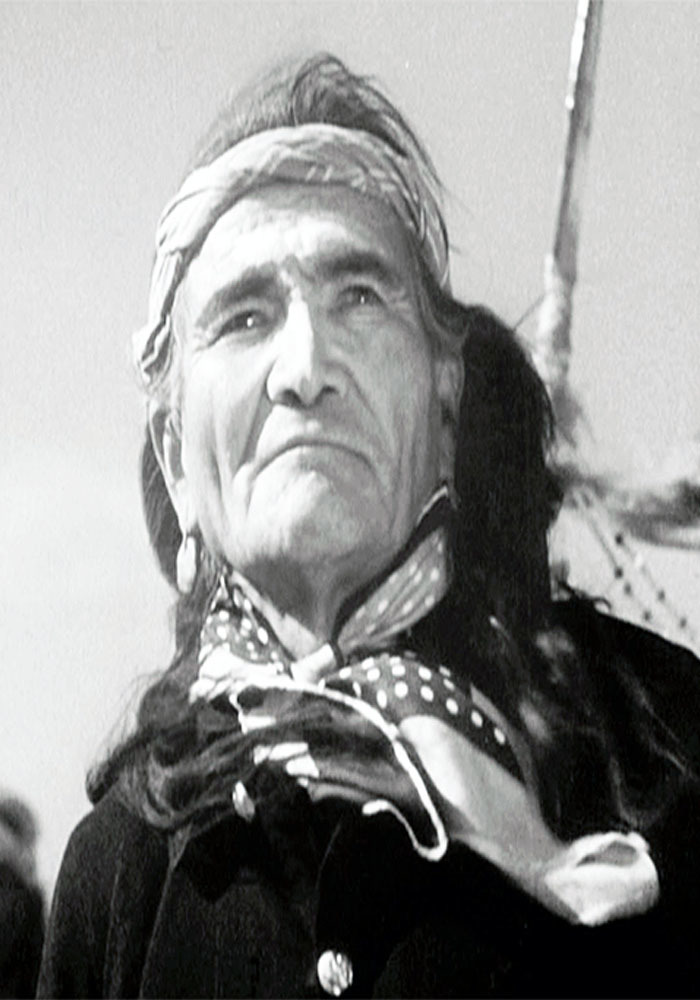 The Old Corral: A Brief History of Native Americans in Cinema

Cowboys and Indians; that was what I played with my friends when I was a boy (in the dark, distant 1950s). Indians were the eternal foe of the brave cowboy. They were fearsome and brandished tomahawks or shot arrows from their bows (usually plastic ones), but they fell beneath the might of our cap-gun Colts. Of course we knew there were some good Indians. After all, we all followed The Lone Ranger, and Tonto was good alright (poor Jay Silverheels, always getting the dirty work to do and saying humbly, 'Me do.') But most Indians were perceived as scary enemies.

'Red Indians,' as they were first called, were an essential element of many Western movies, especially early ones. They were part of the danger brave pioneers had to overcome, and they could be portrayed as sufficiently violent and cruel to make worthy opponents. They had the advantage of being a nameless, faceless enemy that it was quite alright to shoot down in great numbers. They were also depicted as stupid people: they spoke American in an 'Ug, me big chief' way that could be mocked and shown as poor tacticians and strategists who would ride endlessly round a circle of wagons or a fort allowing the pioneers within to take pot shots at them.

But it is often forgotten that many of the very early Westerns went against this trend and showed 'redskins' as Rousseau-esque noble savages. In 1912 Thomas Ince told the story from the Indians' side in The Indian Massacre. The 1925 silent movie based on Zane Grey's The Vanishing American was a big hit, and often-filmed stories like Ramona, The Half Breed or The Squaw Man were far from anti-Indian.

In The Squaw Man, hero James Wynnegate (Dustin Farnum) rescues a Ute princess from the clutches of an evil (white) outlaw. Later, Wynnegate has an accident in the mountains and it is the brave princess who finds him and carries him to safety. They become lovers and have a child, all pretty daring for 1914.

Fascination with Indians goes back even earlier than that: right back to Fennimore Cooper's Leatherstocking tales. Cooper's heroes had a respect and admiration for the (good) Indians and seemed almost half-Indian themselves (though they were usually of noble birth). The many 19th-century Wild West shows made much of attacks by Indians on settlers' cabins on the Deadwood stage. Bill got on well with his Indians. Buffalo Bill made (a highly fictional) Custer's Last Stand a highlight of his show, and it is perhaps curious that he invited Sitting Bull to participate in his spectacle. Sitting Bull was regarded by the spectators with a frisson of fascination and fear as the man who had master-minded Custer's doom.

Still, for much of the Western movie's history, Native Americans were a fearful adversary to be exterminated wherever possible and without compunction -- or at the very least herded onto reservations out of harm's way of the white man; Stagecoach (1939) is a classic example. Fierce Apaches attack the stage and are shot down in droves by John Wayne's Winchester. John Ford used Native Americans as a savage enemy to be killed by whites as a means of showing their courage and skill, which he had done since the silent movie days.

Sometimes history was rewritten with breathtaking effrontery. Take, for example, Drum Beat (1954). The hero is Indian fighter Johnny MacKay (Alan Ladd) and the Indian chief is Captain Jack of the Modocs, played by Charles Bronson in a two-dimensional 'Me fight bluecoats' kind of way. At one point MacKay says to the chief, 'We could have saved a lot of lives, Jack, if you hadn't grabbed country that wasn't yours.' History is thus rewritten so it is the natives who took land that wasn't theirs and no one bats an eye at this disgraceful reversal.

But things were to change.

In 1950, Broken Arrow, directed by Delmer Daves, showed a more positive side of the American Indian and portrayed Cochise as a sympathetic and wise statesman. Actually filmed before Broken Arrow, though released after, was Devil's Doorway, directed by Anthony Mann, a more radical and uncompromising picture about anti-Native American racism, with Robert Taylor as a Shoshone back from fighting on the Union side in the Civil War. Both movies are essential viewing for any Western fan.

As the 1950s progressed, more serious 'adult' Westerns portrayed American Indians in a more positive light. Tomahawk in 1951 features a wise Jim Bridger (Van Heflin) who understands the Sioux and does everything possible to help them in the face of the corrupt and/or dumb white men. Apache did the same in 1954, with Burt Lancaster as star. Suddenly, pro-Indian movies were all the rage. Manifest Destiny still wasn't being denied but it was being questioned.

Vengeance Valley (1951) shows the visceral racial hatred of many whites towards the Indians. More modern Westerns such as Flaming Star (1960) also depict this but are notably more 'pro-Native American.' In Fort Apache (1948) John Ford started to make amends. His Cochise is a worthy adversary of the cavalry and demonstrates statesmanlike qualities. Perhaps with an element of mea culpa, Ford's last western, Cheyenne Autumn (1964) is a story of the courage and resilience of a Native American people in the face of mistreatment and injustice.

For many years Indians were played by white actors. This was partly because there was no corps of actors waiting in the wings to take such parts (plays and acting were not in the Native American tradition), but more because Hollywood producers preferred bankable stars. In Broken Arrow, for example, Cochise is played (very well, actually) by New Yorker Jeff Chandler, and Sonseeahray, the (fictional) Indian princess who marries the hero, is Debra Paget. Australian Michael Pate also made rather a thing of playing Indian chiefs. Lately, however, that has changed and, happily, we are more used to Native American actors playing these parts.

It is worth noting some outstanding American Indian actors. One thinks in particular of Chief Dan George in Little Big Man and The Outlaw Josey Wales. In recent times three people have dominated in lead Indian roles and they are all fine actors: Wes Studi, Graham Greene and Eric Schweig.

In the 1970s a new Indian emerged: films like Soldier Blue and Little Big Man (both 1970) attempted to show how appallingly Native Americans had been treated. Suddenly the bluecoats were not brave soldiers arriving at the last moment to the sound of bugles to rescue beleaguered wagon trains; they were shown brutally massacring men, women and children in defiance of peace treaties. In Dances With Wolves (1990) all the white men are evil except Costner, and the Sioux are noble and fine.

There were even Westerns that didn't feature cowboys at all, like Indian Paint (1965). The 2007 HBO fictionalized documentary Bury My Heart at Wounded Knee is, like the book it is based on, a passionate statement of the appalling exploitation so many Native Americans suffered.

There is still some way to go if Hollywood is to present a true picture of American Indians in its Western movies, but there has been progress. It's well worth looking back at early Westerns to see how progress has been made. And though Jeff Chandler and Robert Taylor are unconvincing by today's standards, for 1950 they were progressive, even daring. We still owe a lot to the likes of Delmer Daves and Anthony Mann.