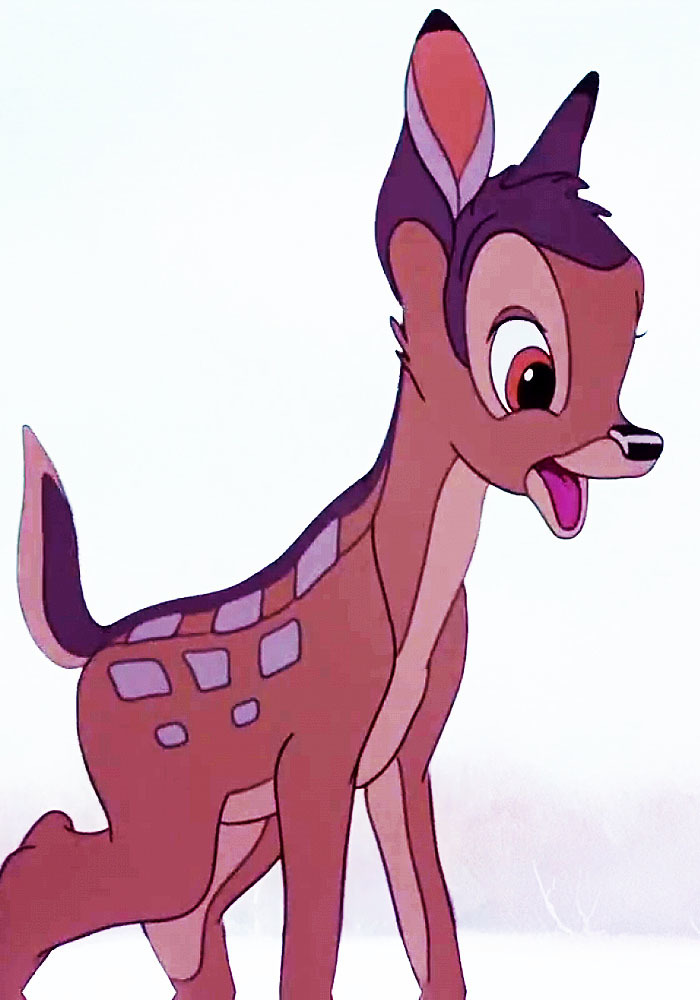 Everyone's familiar with Disney's best-known films, from Snow White and the Seven Dwarfs (1937) to Cinderella (1950) to the studio's newer classics The Little Mermaid (1989) and Beauty and the Beast (1991).

There's a rich library of somewhat lesser-known but very worthwhile Disney films to explore beyond the most famous titles, some of which will be fondly remembered by film fans, while others may be completely unfamiliar.

There are so many wonderful 'second tier' Disney films that I had to reluctantly pare some favorites off this list. (Perhaps there will be a 'Volume 2' down the road!)

The Reluctant Dragon (1941) - This is a film of contrasts, with some scenes in black and white and others in dazzling Technicolor, and it also mixes live action and animation. The impetus for the movie was a quick release to refill the studio's financial coffers after lucrative European markets for Disney's more expensive full-length animated films were cut off by WWII. The loose plot finds Robert Benchley visiting the Disney Studios to convince Walt Disney to film a storybook called The Reluctant Dragon.

Benchley takes a tour of the studio, which makes it a wonderful time capsule, especially when the movie suddenly switches to Technicolor, filmed by the great Winton C. Hoch. Another highlight is handsome young Alan Ladd playing a Disney animator. Film fans can also spot character actor John Dehner as an animator, with the fun twist being Dehner actually was a Disney animator when the movie was made!

Bambi (1942) - Admittedly the most famous film on my list, but I couldn't resist including it because I saw it for the first time a few months ago and I was completely overwhelmed by its artistry. Although I'm a huge Disney fan, I shied away from Bambi for years, knowing it contains some disturbing tragedy. I shouldn't have let that stop me. My eyes misted almost from the start; I was so awed by the beauty of the backgrounds, the charming characters, and the lovely musical score. Anyone who's previously skipped over it as I did should make haste to watch it immediately. You'll be glad you did.

Make Mine Music (1946) - Make Mine Music is one of Disney's 'package' films from the '40s, combining cartoons into a feature-length film. I especially like this one, which utilizes various animation styles scored by classical, jazz, and pop music of the era. Favorite sequences include the opening 'Blue Bayou,' a 'tone poem' with Debussy music originally slated for Fantasia (1940), followed by the different but similarly wonderful 'All the Cats Join In,' to the music of Benny Goodman; I also loved the other Goodman section, 'After You've Gone.' 'Peter and the Wolf' is the film's best-known sequence which was shown by itself on Disney's TV series.

Fun and Fancy Free (1947) - This is another 'package film,' but it's different in that it features just two cartoons bridged with animated scenes featuring Jiminy Cricket (Cliff Edwards) and live action scenes with ventriloquist Edgar Bergen and young Disney star Luana Patten. The first half of the film tells the story of a bear named Bongo, backed by the singing of Dinah Shore. The second and best half of the film is 'Mickey and the Beanstalk,' which, like 'Peter and the Wolf,' has been shown on its own by Disney in various settings.

So Dear to My Heart (1948) - So Dear to My Heart may be the best Disney film you've never seen! Luana Patten reunited with her Song of the South (1946) costar Bobby Driscoll in this charming piece of Americana set in the rural Midwest in 1903. Little Jerry (Driscoll) lives a poor but secure life with his Granny (Beulah Bondi), where he cares for a rascally black lamb which he eventually enters in the county fair. Burl Ives plays Uncle Hiram, who sings the Oscar-nominated 'Lavender Blue.'

The Adventures of Ichabod and Mr. Toad (1949) - The final package film on this list The Adventures of Ichabod and Mr. Toad is another two-cartoon feature. The first section, 'Mr. Toad,' is based on Kenneth Grahame's The Wind in the Willows, with Eric Blore voicing the title role and narration by Basil Rathbone. The first half of the film is only so-so, but I love the second half in which Bing Crosby narrates Washington Irving's The Legend of Sleepy Hollow. It's great fun, and Crosby's singing and amusing narration help to pleasantly defuse the spooky factor.

The Sword and the Rose (1953) - Disney made a few films in Great Britain in the early '50s due to postwar fiscal policies which prevented the studio from taking its profits out of the UK. This led to Bobby Driscoll starring in Treasure Island (1950) and a trio of terrific films starring Walt Disney's friend Richard Todd. The Sword and the Rose was the second Todd film, following The Story of Robin Hood (1952), and it's perhaps the best. The Sword and the Rose is a fine adventure-romance set in the court of King Henry VIII (James Robertson Justice) with Glynis Johns (Mary Poppins) as a spirited Mary Tudor. Mary is ordered by her brother to marry the elderly King of France (Jean Mercure), but she loves a commoner (Todd). The crafty Mary has diplomatic skills surpassing the most experienced statesmen, and she carefully negotiates her way to a happy ending. The film has plenty of humor and an exciting climatic sword battle.

Rob Roy - The Highland Rogue (1953) - Richard Todd, Glynis Johns, and James Robertson Justice reunite for Rob Roy, in which Todd stars as Rob Roy MacGregor, who leads his clan in rebellion against George I. While The Sword and the Rose might be Johns' film, Rob Roy belongs to the charismatic Todd. Johns plays his spunky wife, Helen Mary. The two actors have such excellent chemistry that one wishes they had made several more films together. Justice, who plays the Duke of Argyll, had a chance to shine with plum roles in these Disney films. Like all of these films, he's tremendously enjoyable and should be better remembered today.