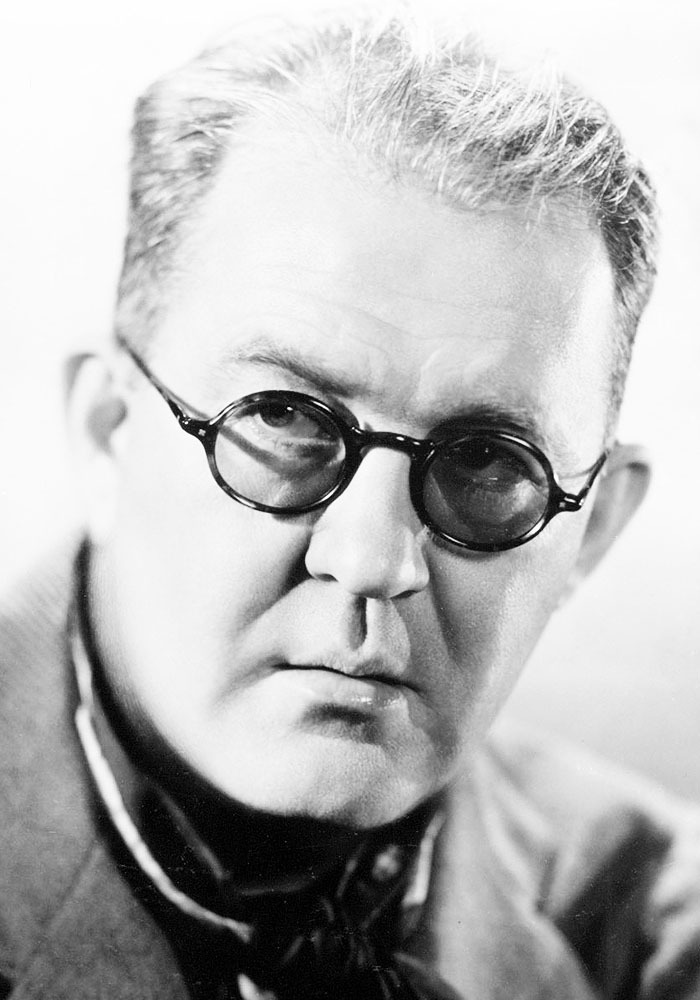 Classic movie fans and ClassicFlix subscribers know that the great movies of yesteryear can be enjoyed as entertainment for their stars, stories, production values, direction, cinematography and all the other artistic areas that make films worth the price of a ticket. For those looking to delve deeper into the Hollywood vaults, most of the film books on the motion pictures of the era deal with the overall output of the studios and independents, 1920s-1960s, or specific genre, such as noir, horror, or westerns.

Few of the cinema history books aimed at general readership bother to define the specific terms that make up the film buff's lexicon, and so here for your entertainment and education are particular definitions to use as a guide and a key to learning more about genres, cinema techniques, and fads and follies of motion picture production.

3D (Stereoscopic): A process by which the screen offers the illusion of depth by use of two cameras to film and two projectors to project. Although considered a 1950s phenomenon, test 3D films were made as early as the 1920s; the format really took off with Polaroid lenses in the early 1950s (these were NOT the cheap green/red lenses, which was an anaglyph format not used for vintage 3D movies of the period). Arch Oboler, producer of radio's Lights Out, presented the first Polaroid hit feature in late 1952, a cheap jungle picture called Bwana Devil, which cleaned up at the box office.

3D was something theatres could offer that television, bane of the box-office, could not, and studios quickly began churning out such 'in-your-lap' fare as Man in the Dark (Columbia), House of Wax (Warner Bros.), and It Came from Outer Space and Creature from the Black Lagoon (Universal). Not all 3D pictures were so highly exploitive; Alfred Hitchcock's Grace Kelly thriller Dial M for Murder, MGM's Kiss Me, Kate and Paramount's Martin & Lewis comedy Money from Home were all filmed in 3D, although by the dawn of 1954 the craze was over and 3D remained a novelty until the modern era.

Animation: These days there are hand-drawn, computer generated, and traditional stop-motion, among other forms of animation, and in fact animated cartoons have been around as long as pictures have moved. The birth of the modern animated feature was of course Snow White and the Seven Dwarfs, a/k/a 'Disney's Folly;' who'd want to watch a full-length cartoon? Everybody knew cartoons were supposed to be seven minutes, of course. Well, Snow White (the failure of which would've put Walt out of business) was the huge success story of its day when it was released in 1937; until Gone with the Wind it was the highest-grossing motion picture of the talkie era. Short cartoons and features have co-existed on the nation's screens until the present day. Some of our favorites: Gulliver's Travels (Max Fleischer, 1939); The Reluctant Dragon (Disney, 1941); Popeye the Sailor 1933-1938.

Auteur: Those French, gotta love 'em: they sure like to write about movies (see also Film Noir, below). In this case, they decided the director was the 'author' of his (or her) work and was responsible for the shape, content, and form of the film; traditionally, that was not the case in the U.S., where the producer was the 'boss' and the director a hired hand. Nevertheless, directors such as John Ford (The Searchers), Alfred Hitchcock (Vertigo), Jean Renoir (Grand Illusion) and F.W. Murnau (The Last Laugh), just to name a few, stamped their pictures with an impression that greatly reflected the director's tastes and artistry (and such directors frequently served as their own producers anyway). Even B-movie directors such as Sam Fuller (The Steel Helmet), Edgar Ulmer (Detour) or Phil Karlson (Kansas City Confidential) have developed a reputation as auteurs.

B-Movie: A bugaboo of ours because it's likely the most misused, misunderstood term when discussing the heyday of Hollywood. A B-movie was neither a cheap exploitation film nor a bad movie; it was a shorter, less expensive feature built to accompany the A-movie on a double feature bill. It frequently offered young stars on the way up or established stars on the way down, and series films, such as Sherlock Holmes, Blondie or the Bowery Boys, were especially popular because the audience came back every few months to enjoy the latest installment. Some of our favorite genuine B-movies: The Scarlet Claw (1944), Let's Go Navy! (1951), any of the Boston Blackie series. Please don't let anyone tell you a B-Movie was a 'bad' movie or cheap monster movie.

Colorization: Films were laid out and shot to look a certain way in B&W, and colorizing it bastardizes the look. 'When you colorize a B&W film, you're not adding something to it, you're taking away something from it.' --Roger Ebert. Some of our favorite B&W white films with the loveliest cinematography: Casablanca (1942), The Third Man (1949), Out of the Past (1947), Cat People (1942).

Double Feature: As mentioned above, an A-movie and a B-movie draw in audiences who thought they were getting twice the value, even if the A picture was a swell one with Fredric March or Veronica Lake and the B picture was a Monogram Charlie Chan snoozer. Sometimes, the A attraction would be a new film and the B would be an older A-movie making its second or third go-round. Sometimes, two older films would be paired together at a bargain price. In the 1950s, American-International Pictures and other studios blazed the trail of producing two movies meant to play together as co-features; hence, we got Attack of the Crab Monsters with Not of This Earth, or Earth vs. the Flying Saucers with The Werewolf.

Film Noir: In the 1950s, the French noticed American films of the 1940s tended to be darker, cynical, and more desperately downbeat than films made before the war. They invented the term 'film noir' to reflect this bleakness. In actuality, American studios had begun filming on location for realism, which meant city streets, filming after dark and streets wet down with hoses that looked better on film, reflecting street lights and whatnot. Crime dramas were also cheap and popular.

Hollywood Studio System: a/k/a 'The Good Old Days.' Hollywood from the beginning up until the early 1960s, when the studios generally had everybody under contract that they needed, and borrowed or loaned out players for individual pictures if it suited them. The stars and featured players were on salary, generally for a set number of pictures a year, as were the crew, writers and everybody else.

In the 1950s, the Supreme Court began to rule against the major studios practices as being anti-trust, including selling movies in a package; until then, if a theatre owner wanted the latest Bob Hope picture, for example, he had to buy four lesser Paramount films to get it. Stars wanted more freedom to choose their next project as well, and wanted to freelance for maximum exposure (and money). The studio system fell apart. Representative films made during the studio era: She Done Him Wrong (1933, Paramount); Babes on Broadway (1941, MGM); Gilda (1946, Columbia).

MPAA Ratings: The system that replaced the Motion Picture Production Code in 1968, giving a heads-up to filmgoers about what they were likely to encounter once the film started rolling. The Motion Picture Association of America created the ratings. We rank the end of the 'classic' movies period with the inauguration of the ratings, which originally featured the alphabet soup of X (Adults Only); R (Restricted), GP (General -- Parental discretion advice, later changed to 'PG'); and G (General Audiences).

Pre-Code: The Production Code had been around for years, but it wasn't until Mae West came along that the baying of censors grew so loud the studios couldn't ignore it; they were afraid the government was going to step in and censor films, so they put together a strictly-enforced code that banned most forms of onscreen physical man-woman fun, ensured wrong-doers would be punished, and prohibited most of what would be considered offensive by puritanical film critics. Hence, the period from the dawn of sound to early 1934, which often features peekaboo thrills, naughty behavior, and sexual innuendos (and occasional nudity) is cherished as being Pre-Code. Some of our favorite Pre-Codes include Svengali (1931), 42nd Street (1933), Baby Face (1933), and Three on a Match (1932).

OAR: Original Aspect Ratio, or the size of your moving picture. During the silent era there was no set standard; when sound-on-film came along, the Motion Picture Academy of Arts & Sciences decreed 1.37:1 (a picture 1.37x wider than it was high) would be the 'Academy standard.' When television came along, the picture was 4:3, roughly equal to the Academy standard, except then the theatre screens had to get wi-i-i-i-i-ider to draw audiences back in. CinemaScope, for example, was originally 2.55:1, or nearly twice as wide as Academy ratio; Cinerama was even wider. Most modern TVs are 16:9, hence the black bars on the top or sides of the screen depending on what OAR you're watching. If you're watching a classic in Academy ratio but it fills your screen, you should adjust your set.