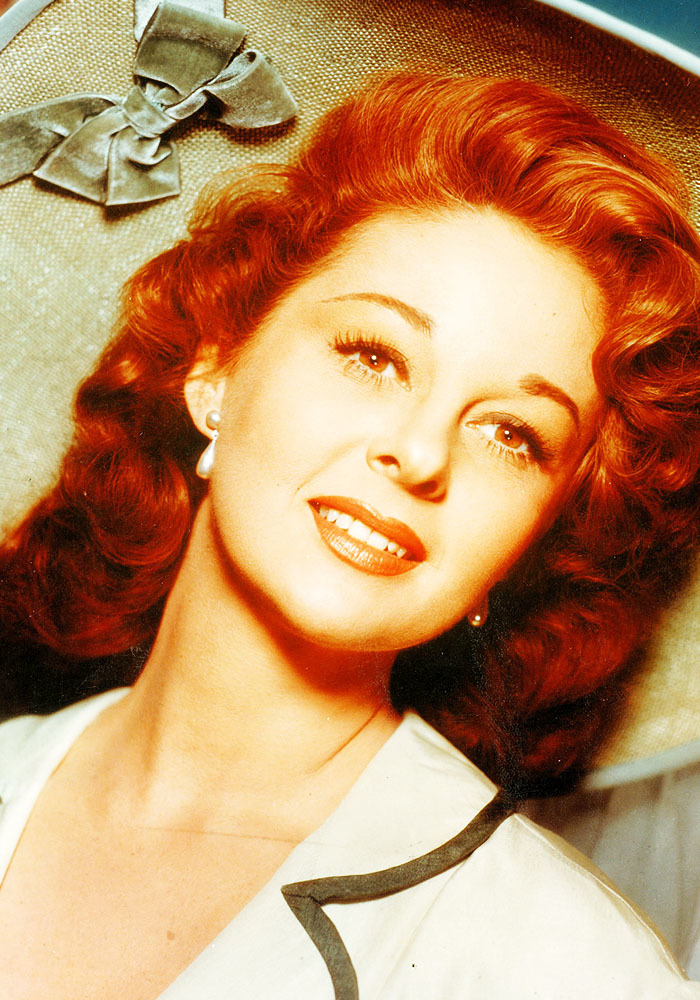 After graduating high school in 1935, Susan became a model and before long was off to Hollywood. She worked her way up the ladder from bit roles to supporting parts, with her career finally taking off to new heights in the postwar years, while under contract to producer Walter Wanger.

A five-time Oscar nominee as Best Actress for films released between 1947 and 1958, she finally won for her last nomination in I Want to Live! (1958).

Hayward's 1944 marriage to actor Jess Barker lasted a decade, and they were the parents of twin sons. In 1957 she married Southerner Eaton Chalkley, a happy marriage until his death in 1966.

Susan Hayward died of brain cancer March 14, 1975, at the age of 57. She is buried next to her husband at Our Lady of Perpetual Help Cemetery in Carrollton, Georgia.

A selection of ten favorite Hayward performances follows; I'd note that this very personal list doesn't include any of the films for which Hayward received Best Actress nominations, so there are numerous additional Hayward films worth seeking out!

Beau Geste (1939) - Susan's career began with bit roles in 1937-38, moving up to a supporting part in the 'B' film Girls on Probation (1938). In short order she won the ingenue role of Isobel in Beau Geste, starring alongside Gary Cooper, Robert Preston, and Ray Milland. Though her part is mostly decorative, she is charming as Milland's sweetheart, putting her career on the right track.

Reap the Wild Wind (1942) - Susan plays another sweet ingenue role as Drusilla, Robert Preston's sweetheart. Drusilla's determination to be with her love hints at the steel she would display in later roles. While Paulette Goddard, John Wayne, and Ray Milland are top billed, it is Hayward and Preston's story that gives the film its emotional weight.

I Married a Witch (1942) - Susan had a marvelous opportunity to display another side of her talent as Fredric March's fiancee. There's a riotous sequence in which their wedding goes badly wrong, and she's hilarious when her father commands her to 'Smile!' Again, she is the second-billed actress in the film, but her performance adds a great deal to this Rene Clair classic.

And Now Tomorrow (1944) - Susan plays Loretta Young's spirited sister in this melodrama. Emily (Young) becomes deaf and spends a couple years traveling the world in search of a cure. While Emily is away her fiance Jeff (Barry Sullivan) falls in love with Janice (Hayward), yet feels obligated to follow through on his commitment to marry Emily. Hayward's role as the not-quite-good, not-quite-bad Janice is interesting; she genuinely loves her sister, yet she loves Jeff more and wants him regardless of the cost to Emily. I only wish the film's two future Oscar winners, Young and Hayward, had more scenes together.

Deadline at Dawn (1946) - Susan plays a tough, hard-bitten dance hall girl in this film noir. June (Hayward) comes to the aid of an innocent young sailor, Alex (Bill Williams), after he's slipped a mickey and wakes up next to a dead woman (Lola Lane). Hayward is especially lovely in this film, just on the cusp of hitting the top tier of stardom after a decade in the business. The following year she received her first Oscar nomination for Smash-Up: The Story of a Woman (1947).

Canyon Passage (1946) - Canyon Passage is an exquisitely beautiful Western directed by Jacques Tourneur, which has grown in reputation in recent years. Susan plays the mature, self-possessed Lucy, who seems attracted to Logan (Dana Andrews), a merchant, yet is engaged to Logan's partner George (Brian Donlevy). The film is an interesting portrait of a community, with Lucy and Logan at the forefront. We wonder why Lucy is engaged to George; she's loyal to him, though eventually George's gambling and other issues lead to a resetting of relationships.

House of Strangers (1949) - A terrific drama about a dysfunctional Italian-American family, directed by Joseph L. Mankiewicz. Max (Richard Conte) is engaged to a sweet young Italian girl (Debra Paget), while also carrying on a torrid affair with Irene (Hayward). When Max's father (Edward G. Robinson) goes on trial for mismanagement of his bank, relationships are upended. The film is most interesting when the charismatic Conte and Hayward are on-screen together; a couple of their scenes are highly suggestive for the Code era!

Rawhide (1951) - Rawhide is a terrific Western directed by Henry Hathaway. A remake of Show Them No Mercy! (1935), Hayward plays Vinnie, a tough woman traveling East by stagecoach with her orphaned toddler niece. She and the baby are taken hostage at an out-of-the way stagecoach stop, along with stage line employee Tom Owens (Tyrone Power). It's a gripping, absorbing film, and Susan has a great, characteristically nervy moment near the end when she grabs a rifle and blows away one of the villains to save Tom and her niece.

I'd Climb the Highest Mountain (1951) - One of my favorite Hayward films -- and the first film I ever saw her in -- she plays the devoted wife of a country minister (William Lundigan). This is a gentler role for Hayward, who weathers tough times alongside her husband, including the loss of a child; at the same time, she occasionally exhibits a funny feisty side. This is a lovely slice of Americana, with the location filming in Georgia adding to the film's authentic feel. It seems fitting that Hayward's happiest years were later spent in Georgia after her second marriage, and that is the state where she's buried.

The Lusty Men (1951) - Hayward plays Louise, whose husband Jeff (Arthur Kennedy) sees going on the rodeo circuit as a quick way to earn some cash to buy a ranch. Robert Mitchum plays a broken-down rodeo rider who takes Jeff on as a protege in return for a portion of his winnings. Hayward is excellent as the long-suffering wife trying to hold her marriage together and dream of a stable life owning her own home, while fearing for her husband's safety and shooing away rodeo groupies.