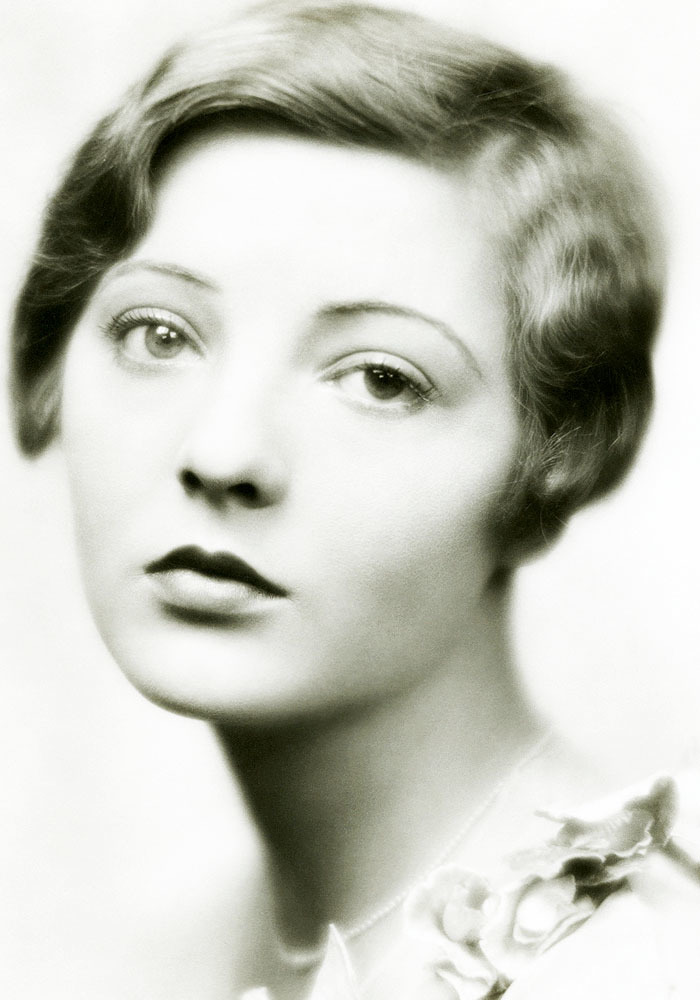 Even if you're not a pre-Code aficionado, it's likely that you've seen -- or at least heard of -- such popular features as The Public Enemy (1931), Baby Face (1933), and Gold Diggers of 1933. But there's a whole world of pre-Codes that aren't nearly as well known. Today's post takes a look at three of the films from this era that are definitely worth seeking out.

If you know anything at all about Dorothy Mackaill, it may be from her best-known pre-Code, Safe in Hell, filmed the same year as The Reckless Hour. For my money, though, in some ways, The Reckless Hour is the more interesting of the two. Mackaill stars in this feature as Margaret "Margie" Nichols, a dress boutique model who meets and falls for Allen Crane (Walter Byron), the son of one of the store's wealthy customers.

Unfortunately for Margie, her new beau is not exactly a knight in shining armor -- although he takes her to swanky nightclubs and presents her with pricey gifts, he always has an excuse for not introducing her to his parents. And if you don't know what THAT means, then you need to brush up on your pre-Code facts of life.

Alongside Mackaill and Byron, the cast includes W.B. Warner as Margie's constantly interfering but well-meaning father, and Conrad Nagel, as a painter who tries to restore Margie's faith in men after a heartbreaking incident. Clocking in at just 71 minutes, The Reckless Hour is overflowing with pre-Code characteristics, from premarital sex to infidelity -- and an out-of-wedlock pregnancy thrown in for good measure.

Favorite character: Margie's sister, Myrtle, played by Joan Blondell, is a bright spot in this mostly somber production. Just as you'd expect from Blondell, Myrtle cracks wise from the moment you see her on-screen. We first meet her as the Nichols family prepares for dinner. While Ma Nichols suggests that she enlist Margie's help when she arrives from work, Myrtle throws shade at her older sibling: "What? She soil her lily white hands in the kitchen? Don't be sil."

And when their father excuses Margie by saying she's been on her feet all day, Myrtle quips, "And what have I been on? My back?" Even when Myrtle makes a none-too-subtle play for Margie's sometime-date, Harry (Joe Donahue), you can't help but admire her moxie (even while you're questioning her taste).

Trivia tidbit: The film was helmed by John Francis Dillon, who started directing pictures in 1914. His prolific career was cut short just three years after the release of The Reckless Hour when he suffered a fatal heart attack at the age of 49.

Favorite quote: "This is all wrong, somehow. I should be filling you up on champagne somewhere, in a gilded palace of sin. Isn't that what the rich young villain always does when he takes the poor little model out to dinner?" -- Allen Crane (Walter Byron)

If you're like me, then you've heard the following about John Gilbert: (1) he was romantically involved with and came close to marrying Greta Garbo, and (2) his film career fizzled and died a few years after the introduction of talking pictures. Gilbert's failure to thrive in talkies is attributed either to a high-pitched speaking voice or a feud with MGM head Louis Mayer that resulted in a dearth of quality film roles. But whatever the reason Gilbert was only seen in ten mostly forgettable post-silent era films before his untimely death in 1936, I'm here to say that Gentleman's Fate is a first-rate pre-Code feature that's well worth your time.

Gilbert stars as Jack Thomas, a wealthy, orphaned playboy who decides to give up his womanizing ways in order to settle down and marry his lady love, Marjorie (Leila Hyams). But Jack is thrown for a loop soon after making this decision when he not only learns that his name is actually Giacomo Tomasulo, but also that he has a brother and a dying father who make their living through organized crime. Although this news turns his world upside down, and he's initially ashamed and repulsed by his heritage, Jack eventually comes to embrace life on the dark side.

Favorite character: Hands-down, it's Jack's brother, Frank, played to perfection by Louis Wolheim, who has a face only a mother could love. When Frank first meets his refined, upper-class sibling, he's contemptuous; after Jack tells him that he spends his days playing tennis and polo, and sometimes dabbles in painting, Frank retorts: "Oh, you paint, do yah? Well, we've got a truck outside that needs painting. Could you do that?"

Frank patently resents his brother's sudden appearance in his life, and he obviously doesn't share their father's wish to bring Jack into the family business, but he grows to grudgingly respect his brother after Jack challenges him to a fistfight. Respect eventually grows into genuine brotherly love that's really touching and heartfelt.

Favorite quote: "Okay -- I don't have to tell you what to do. Only you do what I tell ya." -- Frank Tomasulo

If you've only seen Lew Ayres portraying kindly, compassionate doctor roles, like the parts he played in Dark Mirror (1946), Johnny Belinda (1948), and the Dr. Kildare series, you're in for quite an experience. He stars in The Doorway to Hell as Louie Ricarno, a baby-faced hood with a smile as appealing as it is deadly. Cunning and intelligent, Louie divides up territories in Chicago and organizes the various factions, appointing himself the leader. After successfully setting up the gangs, and squelching the infighting between rivals, Louie gets married, retires to Florida, and starts working on his memoirs (seriously!), but a series of circumstances conspire to pull him back in to his old life as a gangster.

The Doorway to Hell is startling in its realism and its graphic depiction of violence, but it still manages to foster a sympathetic view of Louie. There's no denying Louis is a ruthless mob boss -- even a "menace to society," as he's labeled by the chief of police -- but he's also fiercely loyal to his friends and utterly devoted to his kid brother and his wife. And when he experiences one bad turn after another, you can't help but root for him to come out on top, even when you know that ultimately, he won't.

Favorite character: Louie's right-hand man is Mileaway, played by James Cagney in one of his earliest gangster roles. Mileaway is unquestionably dangerous, but he fulfills his duties with such pleasant swagger, he's a joy to watch. In an early scene he visits several gang members to inform them of an emergency meeting called by Louie. Before he leaves one of the mobsters, he withdraws a cigar from the man's pocket, takes an appreciative whiff, and then returns the cigar. With another hood, Mileaway adds punctuation to his invitation by patting him on the cheek, flashing a smile, and then gently pulling the man's suspenders down.

Favorite quote: "You fellas heard what I said at the opening of this meeting. And what I said then goes just as it lays. And any mug that don't think so will be treated to the swellest funeral that ever stopped traffic." -- Louie Ricarno