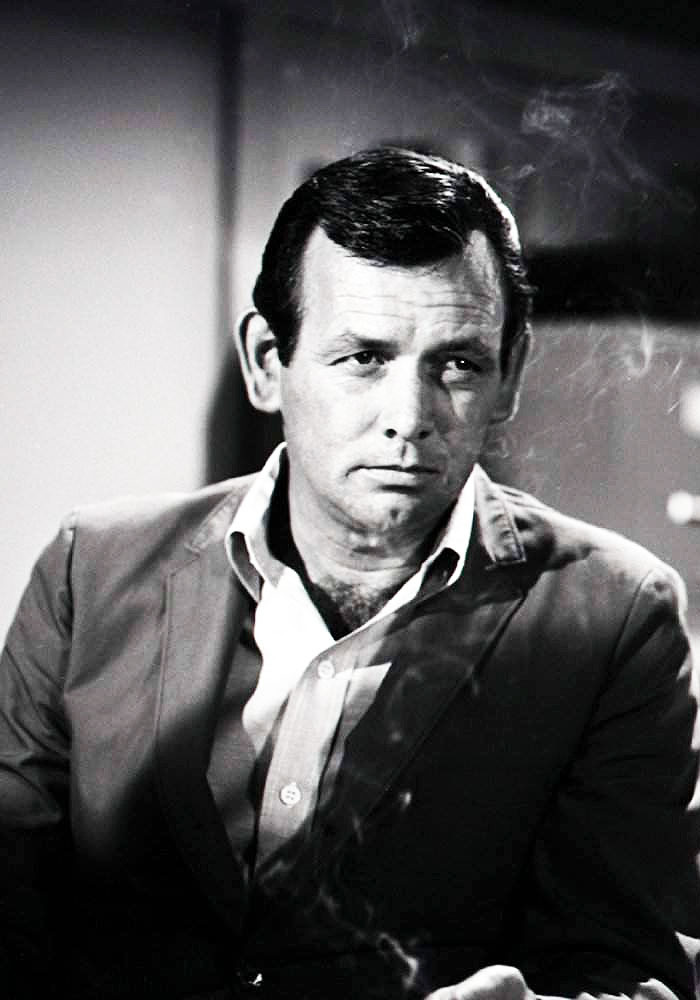 TV Time: Doctors in the House

While watching Dr. Kildare, I've been thinking about TV doctors, and more precisely, who the best is. Who would I most want as my doctor? After disqualifying Kildare himself for being too pretty and young (I'm only on season 3), I looked at some ClassicFlix-era TV doctors (meaning I did not consider legendary small screen medical types like Dr. Quincy, Dr. Shrinker, and Dr. Johnny Fever).

Would we care? Kimble is a heck of a doctor, and even if I suspected the guy performing my emergency appendectomy were the same dude on that poster in the post office, it's not like I'd slap the scalpel from his hand. And we know that, in a jam, he would perform his doctor-ly duties to the utmost of his abilities even if we did recognize him.

Look at "All the Scared Rabbits," in which the fugitive cares for a young girl with meningitis even though doing so exposes his background to that rarest of all characters in early television drama: a savvy small-town sheriff. Not only does Kimble risk capture by treating the child, he later risks his own long-term sanity by walking away from an infatuated Suzanne Pleshette. Clearly this is a doctor with his medical priorities in place.

An even more dramatic example is "Ill Wind," in which Kimble actually saves a stricken Gerard's life despite being in a community of loyal friends who would prefer he let him die. They call it stupidity, I call it dedication.

I think the biggest issue with this doctor might be privacy. We know the guy can keep a secret, but can you imagine going into his office and hearing William Conrad calling your name and bellowing, "ACT ONE: WEIGHT AND BLOOD PRESSURE CHECK?" Then, after paying -- and you know Kimble would take cash only -- you'd hear, "A man walks in with a troubling condition. The topical cream he is prescribed may alleviate his physical pain. But he will continue to search for the salve that will soothe...HIS SOUL."

Konrad Styner, Medic: This guy doesn't radiate as much warmth as some of the more well-known television doctors, which is odd considering perhaps the most famous episode, "Flash of Darkness", features him dealing with the aftermath of a nuclear blast. Actually, with his imposing physical presence, deep voice, and general demeanor, he reminds me of my own childhood physician. This is good in the sense that my own pediatrician helped me through several bouts of bronchitis; it's not so good in the sense that he kind of scared the heck out of me.

I skipped "Flash" -- how likely am I to be caught in a nuclear blast zone -- and instead watched "Break Through the Bars" because who wouldn't want to see Lee J. Cobb receive electroshock therapy? The episode has very little Konrad Styner. He merely narrates the story of Cobb's manic depressive patient. It's a good representation of the series with its emphasis on procedure and its sober handling of a serious issue. The good doctor is more prominent in "A Time to Be Alive," which deals with hemophilia. Here star Richard Boone shows his tender side advising the family of a fragile boy who struggles with the condition.

Medic is an anthology show that does not focus on the personal lives of the professionals, so it's hard to get a strong read on Konrad Styner from just a few installments. However, the mid-1950s syndicated program is a quality production that holds up well despite scientific advancements in the intervening 60-some years. I may not get to know Styner, but I get vivid memories of going to the Medical Arts Building, taking in the strong scent of the carpets, gagging on the tongue depressor. You know, I think I am going to rule out Styner as my own doctor.

In fairness, his demeanor serves him and his clientele well. Take the episode "Grateful Patient," in which Alex is minding his own business when a neighbor bursts into the living room ranting about his stricken wife next door. Now, this may sound like a no-brainer to you -- a doctor must do what he can to help those in need -- until I tell you this interloper is Howard McNear and his wife is Kathleen Freeman. It would be tough to blame any professional for not wanting to get embroiled in this potential quagmire, but Alex drops his newspaper and springs to action.

McNear "accidentally" struck his wife with his golf club while "practicing his swing" in the house. Yeah, THAT would hold up in court. Stone ignores the criminal implications and treats her, and our would-be Arnold Palmer is so grateful, or at least so determined to appear grateful, that he persuades the doc to go in on a hot real estate deal (Freeman prods him into it as well).

That's right, Dr. Stone, by now wishing he worked longer hours at the office, takes investment tips from Floyd the Barber. The episode then reveals the Stones as greedy, materialistic opportunists -- all except Alex, who keeps a level head even as Donna expands the scope of her proposed interior remodeling project.

You're almost surprised when it's revealed that McNear is not swindling the Stones, but is merely incompetent. Less surprising is that Alex, again, has to work on his day off when Freeman "accidentally" takes out McNear with a golf swing. Aren't there any public courses in Hilldale? Maybe a driving range? Or even a Putt-Putt World?. Instead of getting caught up in the lunacy of his wacky neighbors, not to mention the gold rush fever of his own wife and kids, Alex stays calm, cool, and committed to helping even the most annoying fellow citizens. It is concerning, though, that he doesn't call the cops and prevent the obvious tragedy that is brewing between the couple next door. He may have to trade a pair of his scrubs for a nice suit when he testifies at the inquest.

Leonard McCoy, Star Trek: Perhaps the best thing about being a patient of Enterprise Chief Medical Officer Leonard "Bones" McCoy is you never have to worry about your physician experiencing an identity crisis. You might confuse Alex Stone with an accountant, or you might see Konrad Snyder as a peripatetic gunslinger for hire, but there's no mistaking the fact that Leonard McCoy is a doctor. He won't let you.

McCoy demonstrates a wide variety of medical knowledge on Star Trek, showing off his acumen with human and alien anatomy, pharmacology, botany, and all sorts of other scientific fields. But his strongest wisdom comes in the area of Knowing Thy Patient and drawing on his reservoir of plain and simple common sense. You see, he's really just an old country doctor, and we all know how sensible those folk are.

You have to hand it to this guy, who presumably received umpteen degrees, plus Academy training, yet still pulls off the homespun country doc act in space! It's easy to offer an accent and a homily or two in Des Moines or even Manhattan, but in another solar system? Somehow Bones makes it work. Even that nickname, which wouldn't be out of place in a naval setting or a pirate ship, makes him sound like a hayseed, even as he's dropping knowledge about microbes expanding in Romulan bloodstreams. Not only does he blend in, he becomes one of the most beloved members of the ship and befriends worldly James T. Kirk and coldly logical Spock.

Can you see Thrxl Q. St'a'a'r from Hexaflurb V setting up a shingle in Topeka as a newfangled alien doctor, winning over the hearts and minds of the populace, joining the Kiwanis, running for the school board, et cetera? No. Bones, however, is a man of two worlds because he is a man of every world, and that helps make him a great doctor.

McCoy shows off his skills in "For the World is Hollow and I Have Touched the Sky," in which he saves the populations of two worlds by charming a high priestess and giving her enough country wisdom to allow Kirk and Spock to change the course of a runaway asteroid/planet. Another standout episode is "Friday's Child," in which McCoy uses diplomacy with an alien culture, helps deliver guest star Julie Newmar's baby and, best of all, utters the immortal line, "I'm a doctor, not an escalator."

Oh, and perhaps Bones' best talent is his uncanny ability to determine when someone is dead. His utterances of "He's dead, Jim," may seem like simple exposition, but really, what more practical skill can a physician have than recognition of the vital signs of life?

Bill Baxter, Frontier Doctor: We just discussed a country doctor, but now let's kick it up a notch and consider a FRONTIER doctor: Bill Baxter in the syndicated 1958-1959 TV series titled Frontier Doctor.

I personally find Baxter the least charismatic of this whole group, but I must admit there is something inherently cool about a "frontier" anything. Right away, you assume the doc is a rugged Man of the West; someone you can count on to repel not only germs, but guys in black hats. Let's face it, Suburban Administrative Assistant doesn't sound so appealing, but Frontier Administrative Assistant? Yeah, I'd give that a shot.

I was surprised by the amount of gunfire -- fatal gunfire, too -- in "The Outlaw Legion," but don't think me bloodthirsty. I was just excited to see this was a more adult western than I anticipated. After viewing several episodes of Frontier Doctor, I came away with the impression that the series, while not exactly Deadwood, was a lot more entertaining than I expected. It's at least a step or two above the more juvenile westerns of the earlier 1950s, and if nothing else it delivers plenty of violence.

The episode features the Hole in the Wall Gang, which busts Butch Cassidy out of jail, then forces Baxter to tend to him when he's wounded in the escape. Incidentally, this Cassidy fellow must have taken his ill-gotten gains and invested in some serious plastic surgery (from Frontier Plastic Surgeon?), to look like Paul Newman. Here he looks like a cross between Popeye and former World Wrestling Federation star Outback Jack (It's actually veteran actor Joe Sawyer).

I don't think the star of the series, former singing cowboy Rex Allen, performs much, which might be a good thing. While waiting for my physical, I'd rather hear elevator music in the waiting area than the guy who's going to do it belting out prairie songs. Maybe Baxter's big weakness is he says...every...single...thing...in the same...even...tone. Surely patience is a virtue in a physician, but this doc makes Marcus Welby sound like Wolfman Jack. Plus I'm disappointed to discover Frontier Doctor doesn't just roam the plains, going from wagon to wagon, but actually has a nice-looking office building.

All things considered, I pick Richard Kimble as my personal classic television doctor. He's smart, has a wide variety of medical skills, and while he has issues he won't run away from the operating table when he hears a police siren. He'll at least wait until he stitches you up.