CLASSICFLIX: Casanova Brown and Along Came Jones Arrive in December

Along Came Jones (1945) and Casanova Brown (1944), both starring Gary Cooper are coming to Blu-ray and DVD this December 5th from ClassicFlix.

This marks the first time both films will premiere on Blu-Ray. English subtitles are included. 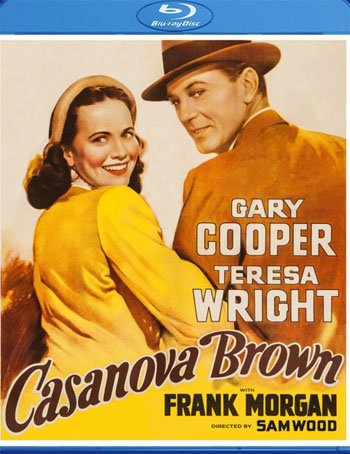 It’s spring in Rossmore, Illinois, and Professor Casanova Q. Brown returns to his hometown anxious to tie the knot with his sweetheart Madge Ferris. But Cass is in a “strange situation” and seems much more nervous than a first-time groom ought to be.

Then, on the eve of their wedding, Cass receives a letter from a nearby maternity hospital he first suspects is an advertisement, but upon investigation, proves to be much more.

Gary Cooper brings the comic sensibilities he displayed in such films as Mr. Deeds Goes to Town and Ball of Fire to Casanova Brown, a wacky romantic comedy that reunites him with his The Pride of the Yankees leading lady, Teresa Wright. It’s old home week for Teresa as well; Patricia Collinge, who played her mother in Shadow of a Doubt, repeats that function here along with a splendid supporting cast that includes a scene-stealing Frank Morgan (as Coop’s would-be father-in-law), Anita Louise, Edmund Breon, Mary Treen and Emory Parnell.

Directed by Sam Wood (who made four films with star Cooper, including Yankees and For Whom the Bell Tolls), Casanova Brown boasts a hilarious script co-authored by Nunnally Johnson and by none other than character actor Thomas Mitchell!  It’s truly an old-fashioned kind of comedy—irresistible fun that will make you laugh and cry. 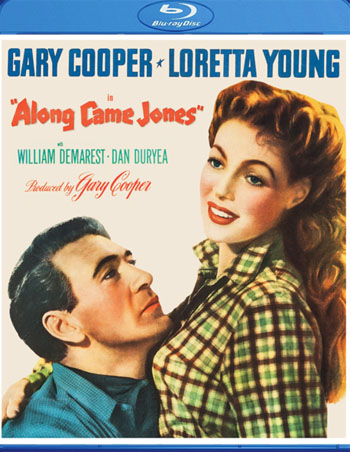 “Bronc stomper” Melody Jones rides into the sleepy little hamlet of Paynesville, with his saddle pal George, where the good townsfolk have mistaken Melody for another man with the initials “M.J.”  The gentleman in question is “Monte Jarrad,” a bad hombre with a $1,000 price on his head for a recent stagecoach robbery. Unaware of the peril brought about by their presumed identities, Melody and George get a little help from Cherry De Longpre who’s eager to get them out of town ahead of an anxious posse.

Cherry’s motives aren’t entirely pure, however, as she hopes her scheme will ensure the successful escape of her wounded boyfriend -- none other than the Monte Jarrad himself. But Melody becomes wise to Cherry’s plotting and uses the situation to his advantage by trying to capture Jarrad, gain the reward and fame, all the while trying to escape the long arm of the law.

An actor who always rode tall in the saddle, Gary Cooper spoofs his laconic cowpoke image in Along Came Jones, playing an unconventional cowboy who can’t even shoot straight!  Loretta Young co-stars as Cherry, with William Demarest as Coop’s loyal sidekick and Dan Duryea as the villainous Jarrad.

Based on the 1943 novel The Useless Cowboy by Alan Le May, Jones has great fun with the conventional movie Western, bolstered by an amusing script courtesy of Nunnally Johnson (who wrote Cooper’s previous Casanova Brown). Directed by Stuart Heisler (The Glass Key), this sprightly comedy-western was the only time the Oscar® winning Cooper added “producer” to his lengthy list of classic movie credits.