The John Ford-directed drama starring Henry Fonda is making its Blu-ray debut and boasts the usual plethora of bonus features (below) that normally accompany the label's releases. It was initially released on Criterion back in 2006. 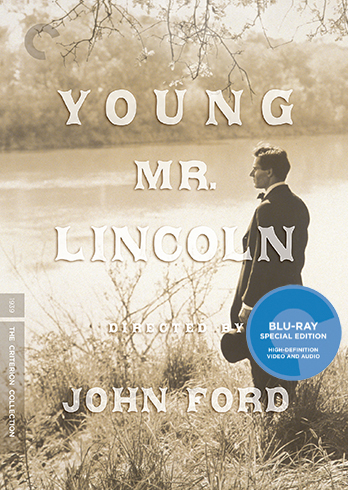 Few historical figures are as revered as Abraham Lincoln, and few director-star pairings embody classic American cinema as perfectly as do John Ford and Henry Fonda. In Young Mr. Lincoln, their first collaboration, Fonda gives one of the finest performances of his career as the young president-to-be struggling with an incendiary murder case as a novice lawyer. Compassionate and assured, this is an indelible piece of Americana.

Includes a 28 page booklet featuring critic Geoffrey O'Brien and an homage to Ford by Sergei Eisenstein.