A pleasant surprise this morning from Universal as they've announced an April 10th release date for Cecil B. DeMille's Cleopatra (1934) starring Claudette Colbert.

Previously out on DVD in various forms, including a 75th anniversary edition in 2009, this hi-def release is newly remastered and restored and will carry over all the bonus features (below) from the aforementioned 2009 release. 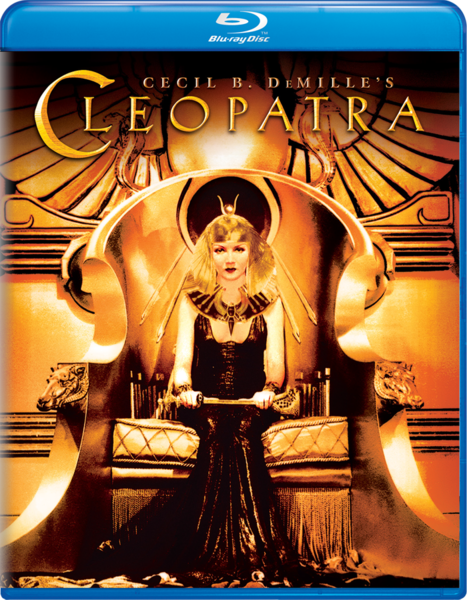 Cecil B. DeMille's visually stunning Cleopatra is one of the most spectacular motion pictures ever to hit the silver screen. Nominated for five Academy Awards® including Best Picture, the historical epic stars Claudette Colbert as the cunning Queen of the Nile who, wielding her beauty like a weapon, lures Roman leaders Julius Caesar (Warren William) and Marc Antony (Henry Wilcoxon) into her web of royal deception and betrayal.

Featuring a newly remastered and fully restored picture plus insightful bonus features, Cleopatra is a breathtaking masterpiece that captures the best of Hollywood's golden age.