Great news for classic TV fans as SFM Entertainment has announced the release of The Joey Bishop Show - The Complete Series. The MOD release, a 15-disc, has a street date of today retails for $97.99.

Only season two had been previously released by Questar and that was back in 2005. It has long been since out of print. 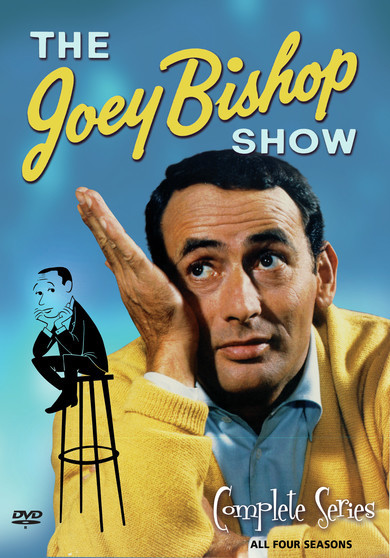 Starring Joey Bishop, the comic genius behind the ratpack. This sitcom is about the fictional host of a TV talk show originating in New York. Each episode deals with events in his personal and professional life as a celebrity.

The characters include Joey Barnes: a night club comedian and host of the Joey Barnes Show, a talk show. Ellie Barnes: his wife Freddy: Joeys agent/writer/manager in the first season Larry Corbett: Joeys new agent/writer/manager in the second season. Hilda: Joeys maid, who says she dislikes his TV show even though she doesnt, but would never tell him.