Flicker Alley has announced the upcoming release of The Ancient Law (1923) on June 5th.

The Blu-ray/DVD combo will retail for $39.95 and comes with the usual array of Flicker bonus features (below). 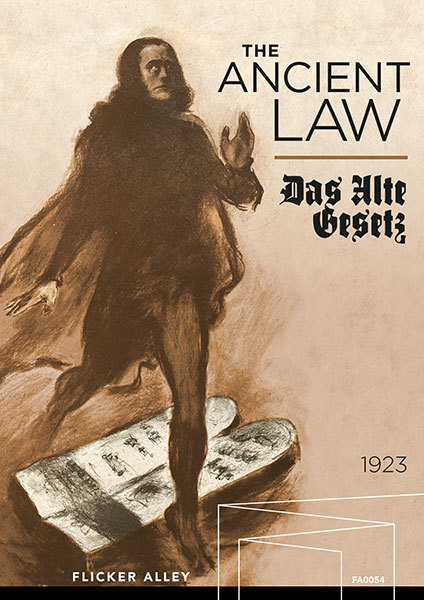 Flicker Alley is proud to present Ewald André Dupont's 1923 silent film The Ancient Law (Das alte Gesetz), digitally restored by the Deutsche Kinemathek with generous support from the Sunrise Foundation for Education and the Arts.

The Ancient Law is an important piece of German-Jewish cinematic history, contrasting the closed world of an Eastern European shtetl with the liberal mores of 1860s Vienna. With its historically authentic set design and ensemble of prominent actors – all captured magnificently by cinematographer Theodor Sparkuhl – The Ancient Law is an outstanding example of the creativity of Jewish filmmakers in 1920s Germany.

After first reconstructing the film in 1984, the Deutsche Kinemathek found the censor’s certificate with the text of the original title cards. This provided the impetus for a worldwide search for all the surviving film elements and a new, digital restoration – which drew upon nitrate prints in five different languages held in archives across Europe and the United States. With the censor’s certificate, the restoration team from the Deutsche Kinemathek could accurately reconstruct the intertitles as well the correct editing. The color scheme is based on two nitrate prints nearly identical in their tinting and toning. The restored version closely corresponds to the original German theatrical release, both in its length and digitally simulated color.

In the film, Baruch (Ernst Deutsch), the son of a rabbi, becomes fascinated by the theater. Against his father’s wishes, Baruch leaves home and finds his way to Vienna, where an archduchess at the imperial court (Henny Porten) falls in love with him. She becomes his patroness, facilitating his successful career as a classical actor. But Baruch continues to long for home, and must find a way to reconcile his religious heritage with his love of secular literature. The movie paints a complex portrait of the tension between tradition and modernity.

Now viewers can experience a film fundamental to German-Jewish history in its most complete form since 1923. This deluxe dual-disc collectors set features two scores: an orchestral score by French composer Philippe Schoeller, and a second ensemble score by Donald Sosin and Alicia Svigals.