KINO: Wayne and Arthur in Lady Takes a Chance, Plus Doug Fairbanks in May -- 3 Day Special Price

Kino has slated a May 15th street date for the romantic western comedy A Lady Takes a Chance (1943) on Blu-ray and DVD.

Starring screen legends John Wayne and Jean Arthur, it was previously released on DVD by Republic's now defunct home video label in many iterations, but now boasts a restoration taken "from a 4K scan of the 35mm nitrate original negative & nitrate finegrain by Paramount Pictures Archives." No bonus features are expected.

Also coming to Blu-ray and DVD on May 1st is the Douglas Fairbanks silent western drama The Half-Breed (1916). It comes with numerous bonus features (below), including the 1916 feature The Good Bad Man. 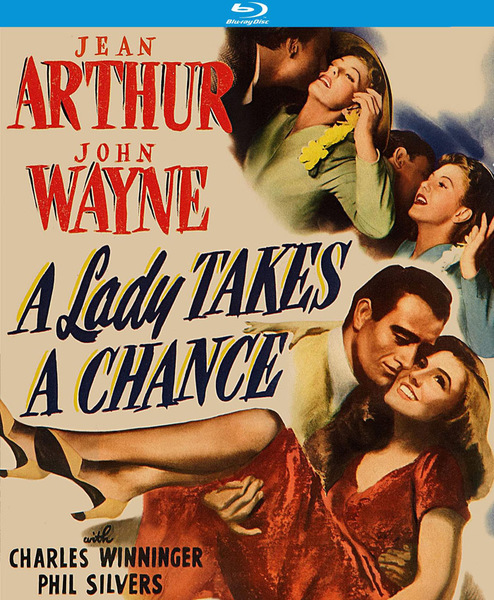 Screen legends Jean Arthur (The More the Merrier) and John Wayne (Rio Bravo) co-star in this romantic comedy western directed by Hollywood veteran William A. Seiter (You Were Never Lovelier).

Finding men had never been a problem for city girl Molly Truesdale (Arthur); finding the right man is another matter. And women have never been a problem for cowboy bachelor Duke Hudkins (Wayne), until they want to marry him. If it's true that opposites attract, these two are obviously made for each other. When Molly sets out from New York on a cross-country bus tour, she just wants to see America. But her plans take an unexpected turn out West, when she collides (literally!) with Duke while he's competing at the rodeo. He assumes she's just another pretty gal who'll fall into his arms, but she's a lady who won't be roped easily by a brawling, rough-and-ready cowboy.

Jean Arthur shows the spunk that made her one of the biggest stars of Hollywood's Golden Era, and John Wayne is at his most charming when he falls for her against his better judgment. Charles Winninger (Nothing Sacred), Grant Withers (Trigger, Jr.) and comedy legend Phil Silvers (A Funny Thing Happened on the Way to the Forum) co-star in this truly classic romantic comedy. 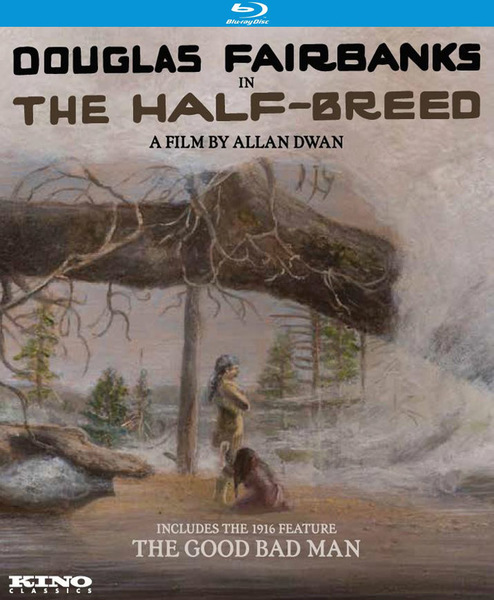 In an attempt to brand himself as a serious actor, the smiling swashbuckler Douglas Fairbanks starred in The Half-Breed (1916), a Western melodrama written by Anita Loos and directed with flair by Allan Dwan.

Fairbanks stars as Lo Dorman, who has been ostracized from society because of this mixed ethnicity - his Native American mother was abandoned by his white father. When Lo catches the eye of the rich white debutante Nellie (Jewel Carmen), he becomes a target for the racist Sheriff Dunn (Sam De Grasse), who wants to break them up and take Nelli for his own. This love triangle becomes a quadrangle with the arrival of Teresa (Alma Rubens), who is on the run from the law. Through fire and fury Lo must decide who and what he truly loves.