For the first time on home video, and with masters from the Hal Roach Studio vaults, comes Public Defender - The Official First Season.

This third release in our Silver Series line will street on DVD this April 23rd. Synopsis below.

We've also uploaded a clip from Season 2 which can be found on YouTube or here on our site. 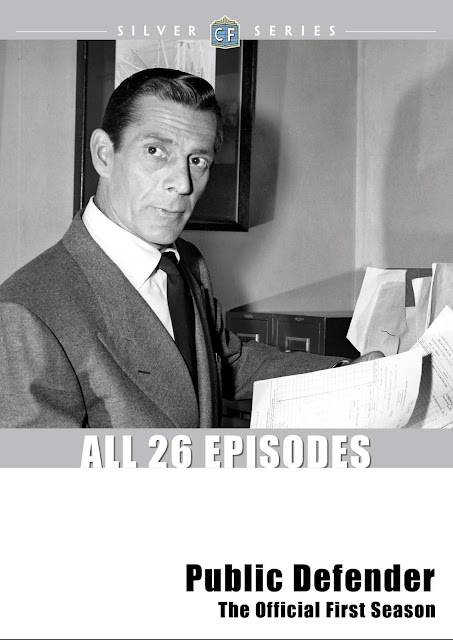 For the first time on home video come all 26 episodes of the first season of Public Defender starring Reed Hadley as Bart Matthews: a tireless and dedicated public servant, who earnestly defends the rights of the indigent.

A late season replacement for Philip Morris Playhouse, Public Defender premiered in March 1954, a time when the concept of a taxpayer funded defense attorney was largely associated with capital cases. But with everyday stories based on real-life events, tackling every kind of thorny dilemma from juvenile delinquency to vehicular homicide, the series not only shed new light on this little known public office, but its attention to realistic detail made the show a key player in the history of television crime drama.

Produced by Hal Roach, Jr., Public Defender gave Reed Hadley the second of two small screen successes (the other being the similar-in-tone Racket Squad) and also provided a great showcase for directors like Budd Boetticher and Erle C. Kenton.