More previously unreleased classics are coming out of the vaults this June 15th with our announcement of The Crystal Ball (1943) starring Ray Milland and Paulette Goddard and The Duke of West Point (1938) starring Louis Hayward and Joan Fontaine.

These two rare films mark the 12th and 13th releases in our Silver Series line. 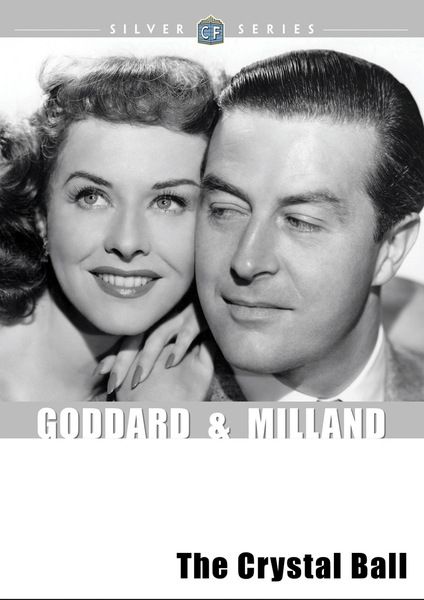 For the first time on home video comes a delightful romantic comedy about a fake medium who uses her "powers" to land the man of her dreams.

After placing second in a beauty contest she had hoped to win, penniless Toni Gerard (Paulette Goddard) finds herself homeless and alone in New York City, with no bus ticket back home to Highwater, Texas. Wanting to divine her future, she asks advice from fortune-teller Madame Zenobia, who quickly gets her a job shilling for a shooting gallery next door.

While performing her duties, Toni becomes smitten with handsome attorney Brad Cavanaugh (Ray Milland) whom she eyes while he is escorting girlfriend Jo Ainsley (Virginia Field) on her way to an appointment with the clairvoyant. Soon after, Toni is asked to impersonate the soothsayer when the medium injures herself in a fall. This not only allows the Texan to scotch the budding romance between Brad and Jo, but also allows Toni some creative ways to get the attention of the man she adores.

Director Elliott Nugent, having helmed two previous comedic forays with Paramount starlet Paulette Goddard (the Bob Hope vehicles The Cat and the Canary and Nothing but the Truth), finished the hat trick with 1943's The Crystal Ball—which also reunited Goddard with her fellow stablemate Ray Milland (they made a total of four features as leading man and lady, including Reap the Wild Wind and Kitty). 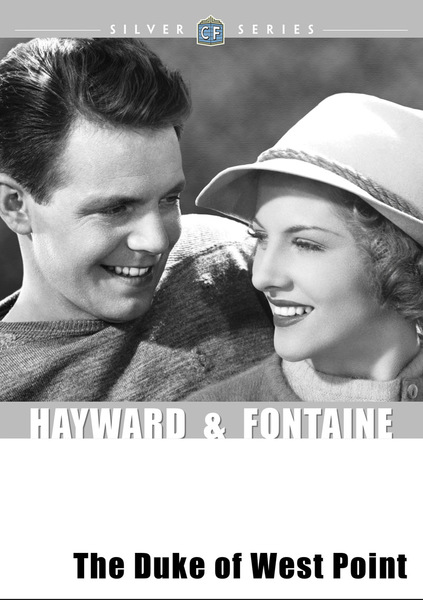 With duty, honor, tradition, and a little romance thrown in for good measure, ClassicFlix is pleased to present the DVD debut of The Duke of West Point (1938).

After an impressive showing on and off the field while attending Cambridge, Steve Early (Louis Hayward), the son of an American military attache in London, dutifully accepts a commission to attend West Point where five previous generations of Early’s have made their mark. Soon after arriving at the Academy, Steve’s confidence and manner earns him the derisive nickname "The Duke", so dubbed by his classmates who view the plebe as arrogant and entitled.

Not to be deterred, Steve devotes himself to his studies and athletics, while budgeting time for Ann Porter (Joan Fontaine), who's become the object of his affection despite the presence of a cadet rival (Alan Curtis). All appears to be going well for Steve until he violates the honor code in order to secretly help a financially struggling fellow plebe stay at "The Point" -- an untold good deed which results in his being shunned by the rest of his class.

Directed by Alfred E. Green, The Duke of West Point was independently produced by Edward Small, a prolific filmmaker who would later supervise such classics as The Man in the Iron Mask (1939) and The Son of Monte Cristo (1940) - both of which star Louis Hayward.