FINALLY RESTORED: The Abbott and Costello Show Coming to Blu-ray

Bob Furmanek, 3-D Film Archive head man, saved the camera negatives for the TV series when he was the official archivist for the Abbott and Costello Estates. Now, in partnership with ClassicFlix, the elements he saved are being scanned in 4K and meticulously restored for release on Blu-ray and DVD.

The upgrade from the current DVD release (which are from 40 year-old masters), will be stunning and you won't want to miss out on supporting this project.

So if you haven't yet pledged, go over to the project on Kickstarter right now and show your support to preserve and restore this beloved TV series. 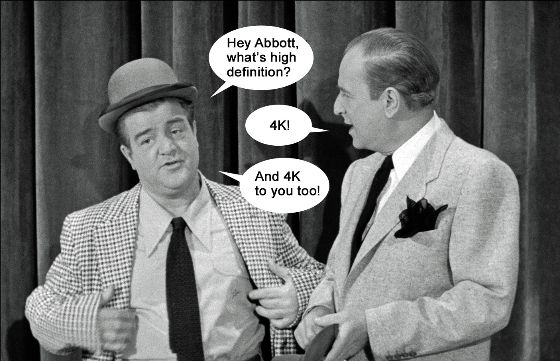