The screwball farce Young and Willing (1943) is a showcase for an array of actors yet to come into their own, most notably William Holden and Susan Hayward. It also stars Eddie Bracken and features Robert Benchley, Martha O'Driscoll, Barbara Britton, Florence MacMichael and James Brown. 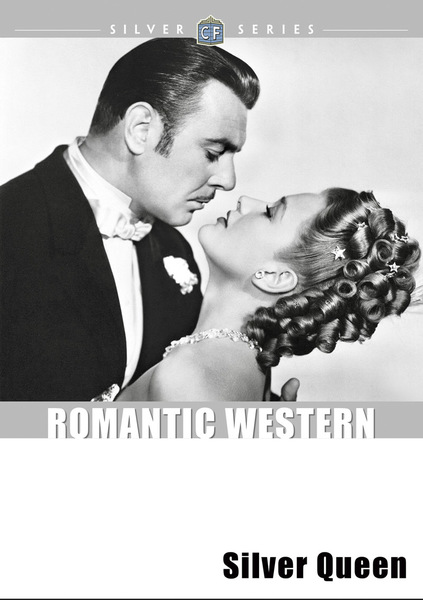 For the first time on home video comes a romantic saga set in the old west about two gamblers who'll need more than Lady Luck to live happily ever after.

When her father’s fortune is wiped out just before he dies, eastern socialite Coralie Adams (Priscilla Lane) promises to repay his debts and to do so the only way she knows how: by besting deep-pocketed gentlemen at high-stakes poker. Her steadfast conviction to make good causes Coralie to head west, thus delaying her marriage to fiancée Gerald Forsythe (Bruce Cabot).

While in San Francisco, Coralie is by chance reunited with dapper professional gambler James Kincaid (George Brent). Instantly smitten with each other, James’ romancing of Coralie is put on hold when he learns that Forsythe has been stealing money from his fiancé to keep his struggling “Gambler’s Luck” mine operating—a would-be bonanza that he secretly stole from her in the first place!

Determined to make things right by exposing his rival’s shady dealings, Kincaid heads to Nevada City in a race against time to save the woman he loves and reclaim her rightful ownership of the “Gambler’s Luck”. 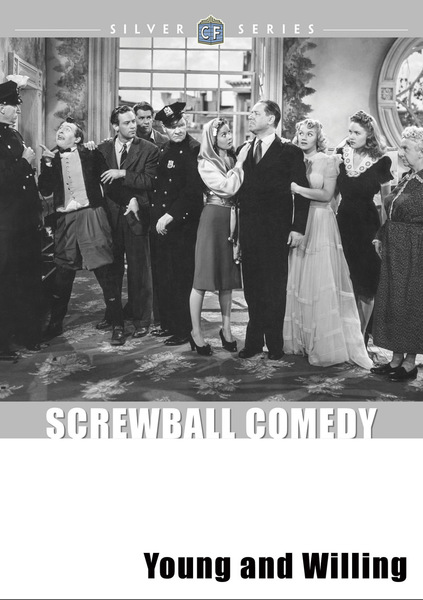 A troupe of ambitious young actors—three men and three women—reside in the same apartment. But it's all perfectly innocent, of course, as they're hoping to get their big break by auditioning for eccentric producer Arthur Kenny (Robert Benchley) who lives in the apartment directly below.

Perpetually broke, the struggling performers’ accommodations are being paid for by the father of Dottie Coburn (Martha O'Driscoll); who is unaware of his daughter's potentially scandalous and risqué living arrangement, however, he's quickly brought up to speed by her visiting school chum Muriel Foster (Florence MacMichael). To save their reputation and launch their career, our determined sextet of thespians resort to every bit of subterfuge to convince Dottie’s father of her innocence and producer Kenny that they're worth taking a chance on!

Francis Swann's stage hit Out of the Frying Pan went before Paramount Pictures' cameras in late 1941 as Young and Willing before finally being released by United Artists in 1943. Two members of the original Broadway cast reprised their roles for the silver screen adaptation (scripted by Virginia Van Upp): Mabel Paige, who plays dotty landlady Mrs. Garnet, and Flo MacMichael, who steals scene after scene as the little girl-sounding (though not as innocent as she seems) Muriel.