"These films have never looked this good." - Leonard Maltin

Scheduled to street on Tuesday, November 15th, The Little Rascals - The Complete Collection (Centennial Edition) is in the house and now shipping!

We've also cut a custom trailer for the release.

A must-have for any true Our Gang fan, this set also includes over 4 hours of bonus features (see below).

About the restorations: Each short has been newly scanned from original Hal Roach 35mm film elements. Remastered, uncut and beautifully restored, now you can see The Little Rascals like never before. With restorations so glorious, it will be like watching these iconic shorts for the first time! 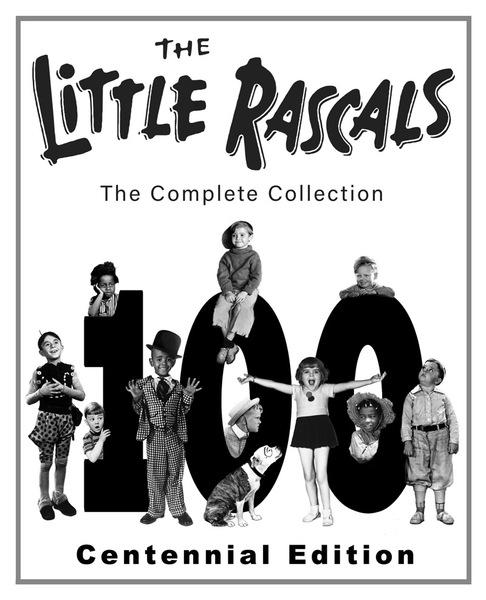 For generations, Our Gang comedies have been enjoyed by millions of fans the world over. Now, celebrate the 100th anniversary of this iconic and beloved film series in The Little Rascals - The Complete Collection (Centennial Edition).

In 1922, producer Hal Roach introduced the kiddie troupe known as “Our Gang” to theater audiences and kicked off one of the most popular and prolific franchises in the field of short subjects, with 220 one- and two-reel comedies released over a twenty-two year period.

By the late 1920s, the series (later re-titled "The Little Rascals" for TV syndication) made the transition from silents to “talkies” and would soon embark on its most revered and best remembered period–the 80 sound shorts made at Hal Roach Studios between 1929 and 1938–all of which are included in this one-of-a-kind collection.

What others are saying: