A dramatic mystery, with a good amount of comedy and romance mixed in, Trade Winds boast a top-line cast alongside Bennett with Fredric March co-starring and Ann Sothern, Ralph Bellamy and Thomas Mitchell in support. 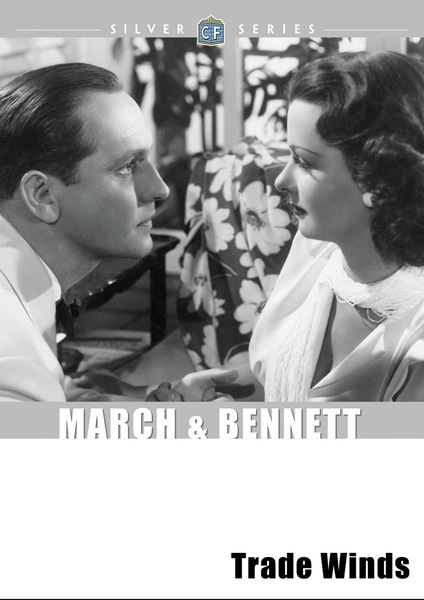 For the first time on DVD, the romantic mystery-drama Trade Winds is now available from ClassicFlix!

Believing that caddish millionaire Thomas Bruhme, II (Sidney Blackmer) is responsible for the suicide of her sister, socialite Kay Kerrigan (Joan Bennett) fatally shoots him and is soon forced to take it on the lam. To avoid capture, she fakes her own demise and immediately makes tracks for the South Seas.

Hearing reports that Kerrigan may actually be alive, Police Commissioner Blackton (Thomas Mitchell) calls on former detective-turned P.I. Sam Wye (Fredric March), along with the watchful eye of Detective Ben Blodgett (Ralph Bellamy), to track her down—with both men assisted in the hunt by Wye's gal Friday Jean Livingstone (Ann Sothern). Anxious to collect the $100,000 bounty on Kay's head, complications soon develop for Sam when he falls head-over-heels in love with the woman he's supposed to bring to justice.

Early in her motion picture career, actress Joan Bennett was a natural blonde...but she darkened her tresses for Trade Winds (1938), as her Kay Kerrigan character is forced to disguise her appearance while on the run. Bennett loved the new look so much that she kept it for the rest of her career, playing “bad girls"" in classics like The Woman in the Window (1944) and Scarlet Street (1945).

Directed by Tay Garnett and scripted by the legendary Dorothy Parker (along with Alan Campbell and Frank R. Adams), Trade Winds is part romantic comedy and part dramatic-mystery, with its travelogue aspects courtesy of cinematographers Rudolph Maté and James B. Shacklelford, as well as Garnett’s own home movies. Featured players include Robert Elliott, Joyce Compton, Richard Tucker and Linda Winters (who later changed her name to Dorothy Comingore). 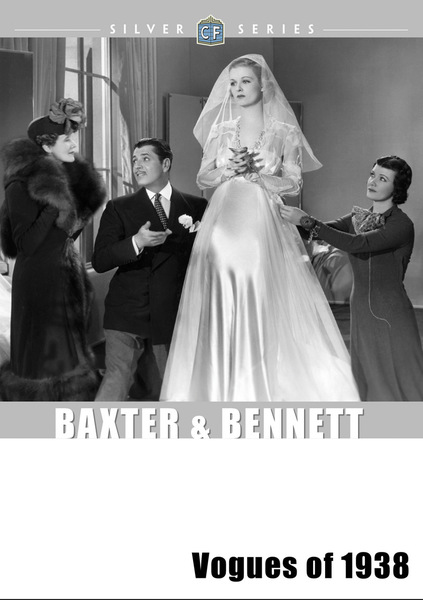 For the first time on home video comes an engaging Technicolor musical comedy with a romance set against the background of Fifth Avenue fashion!

Debutante Wendy Van Klettering (Joan Bennett) is being forced into a loveless marriage to wealthy Henry Morgan (Alan Mowbray) for the purpose of restoring the family’s sagging financial outlook. But on the "big day", she jilts Morgan and escapes the media mob with a little help from fashion designer George Curson (Warner Baxter).

Owner of the prestigiously stylish House of Curzon, George has "designs" of his own on Wendy and hires her to model, gambling that her "runaway bride" notoriety will give his establishment a much-needed publicity boost. Romance soon starts to blossom between George and Wendy, particularly once George's wife Mary (Helen Vinson) neglects him because she's set her sights on a stage career.