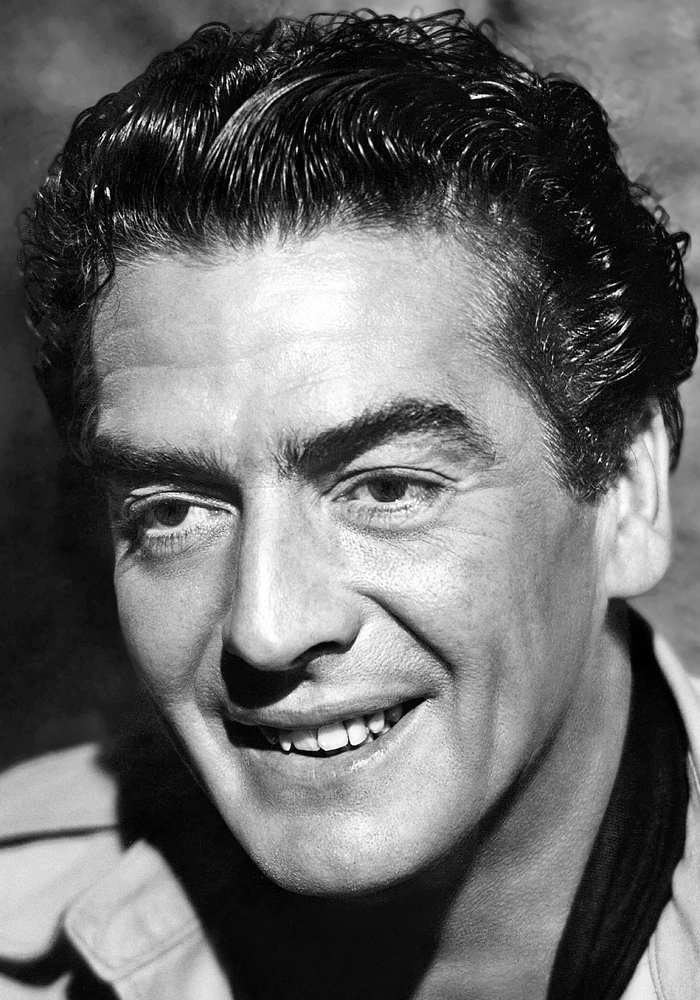 There's an oft-repeated anecdote about Victor Mature, whose application for membership in a fancy country club was turned down because he was a member of the lowly acting profession. Mature is reported to have said something along the lines of 'I'm no actor, and I've got the films to prove it!'

Whether apocryphal or not, the quote embodies Mature's lighthearted approach to his life and career, and it also belies the fact that he was, in fact, a hardworking man and a very fine actor indeed. Mature's understated style has worn well over the years; he could express volumes of emotion with his eyes alone. Mature starred in every type of film, including film noir, Westerns, Biblical epics, and even a number of musicals, creating an impressive body of work which has stood the test of time.

Victor Mature was born in Louisville, Kentucky, just over a century ago, on January 29, 1913. He dropped out of school at 14 and worked a succession of jobs before his interest in acting lured him to Hollywood in 1935.

Mature's biographer, James McKay, recounted that once Mature arrived in Hollywood he wired his father to say 'Am in Hollywood, have eleven cents, what can I do?' to which his father replied, 'When I arrived in this country I had six cents in my pocket and couldn't speak English. Good luck.'

Mature promptly auditioned at the Pasadena Playhouse; making enough of an impression there he was offered the chance to do odd jobs for the Playhouse to pay his tuition. He also took on a succession of other jobs, before winning a scholarship for the Playhouse in 1937. He appeared in over 60 plays, which provided a firm ground for his film career when he was signed by Hal Roach as the '30s drew to a close. His early movies included playing a caveman in One Million B.C. (1940), and starring opposite British actress Anna Neagle in No, No, Nanette (1940).

Mature then convinced Roach it would boost his career if he worked on the New York stage, and he was promptly cast as movie star Randy Curtis in the Gertrude Lawrence Broadway musical Lady in the Dark. He then returned to Hollywood where he starred with Betty Grable in an early entry in the film noir genre, I Wake Up Screaming (1941); he also costarred in several musicals with fast-rising stars such as the aforementioned Grable, and Rita Hayworth.

As was the case for many actors of his era, Mature's career ascent was interrupted by WWII, and he served in the United States Coast Guard from 1942 to 1945. He then returned to his film career, giving one of his best performances in one of his finest films, playing Doc Holliday in John Ford's My Darling Clementine (1946).

Mature followed My Darling Clementine with another great film, Kiss of Death (1947), where he plays an ex-convict whose attempt to go straight is complicated by mobster Tommy Udo (Richard Widmark). Kiss of Death was followed by another outstanding film noir, Cry of the City (1948).

Mature's diverse career included starring in a number of historical epics, including Samson and Delilah (1949), The Robe (1953), Demetrius and the Gladiators (1954), and The Egyptian (1954). These big-budget films were interspersed with lighter fare such as Wabash Avenue (1950) with Betty Grable and Million Dollar Mermaid (1952) with Esther Williams. He also starred in numerous Westerns, including Fury at Furnace Creek (1948), Chief Crazy Horse (1955), and The Last Frontier (1955).

Mature was smart with his money, and by his own choice worked infrequently after the '60s. He enjoyed relaxing on the golf course and became a father for the first time in his early 60s.

Victor Mature passed away in Rancho Sante Fe, California, on August 4, 1999. He was 86 years old.

Last year, an excellent book was published on Victor Mature's life and career, The Films of Victor Mature by James McKay.

Here are some personal favorites of mine among Victor Mature's many films which can be enjoyed on DVD:

I Wake Up Screaming (1941) - This early noir is a particular favorite, as Mature teams with Betty Grable to solve the murder of her screen sister, Carole Landis. It's evocatively scored with Alfred Newman's 'Street Scene,' which also turns up in Mature's Kiss Of Death and Cry Of The City; the song 'Over the Rainbow' is also used, curious as it came from a movie released by another studio! Stylishly filmed in black and white, this is a treat from start to finish.

Kiss of Death (1947) - Kiss of Death is justly remembered for Richard Widmark's electric, Oscar-nominated film debut as the cackling gangster Tommy Udo, yet the film wouldn't work nearly as well as it does without the heartfelt and sensitive performances of Victor Mature and Coleen Gray as an ex-con and his bride. Mature's quietly played role is the perfect counterpoint to Widmark's flashy performance; the contrasting dynamic is a part of what makes Widmark so effective. An all-time great film noir.

Cry of the City (1948) - This might be my favorite Victor Mature performance; he plays Lt. Candella, who's on the trail of a cop killer (Richard Conte) from the old neighborhood. Just looking at Mature's soulful eyes evokes a wealth of emotion in the viewer, and I love his delivery of lines such as 'The law doesn't want you, Teena Riconti. Go home.' Don't miss it.

Easy Living (1949) - This underrated sports drama was a real discovery for me, with Mature starring as a pro football player whose career is at the end of the line. Jacques Tourneur directed a deep cast including Lloyd Nolan, Lucille Ball, Sonny Tufts, Paul Stewart, Jack Paar, and Lizabeth Scott; Mature's off-screen best friend, Jim Backus, makes an impression in a small role as a doctor. Although some of the issues surrounding Mature's marriage may jar the modern viewer, the rest of the film has a very modern, undated feel. A rich viewing experience fans of Mature shouldn't miss.

The Las Vegas Story (1952) - Victor Mature, Jane Russell, Vincent Price, and Hoagy Carmichael on location in Vegas, with fabulous sets, lots of neon, and an amazing helicopter chase -- what's not to like? This film is just plain fun. One might quibble a bit over various aspects of the story, but Mature and Russell look great and are a wonderful screen team. This is the kind of movie to start playing on a lazy weekend afternoon and simply enjoy its company.

The Last Frontier (1955) - Mature stars an exuberant wild child of the West, a frontiersman who has trouble conforming to the rules of 'civilized' society in this Anthony Mann Western. Mature's frontiersman lays claim to Corrina (Anne Bancroft) as his woman, despite (or because of?) the fact she's married to a martinet Army colonel (Robert Preston), then clashes with the colonel on how to handle an Indian uprising. James Whitmore, who plays the grizzled mountain man who raised Jed, was actually several years younger than Mature!

The Long Haul (1957) - Like many other American actors, Mature worked in England in the '50s. The Long Haul is a gritty trucking movie where Mature plays an ex-G.I. whose British wife (Gene Anderson) is reluctant to move to the U.S. He agrees to take a job driving for her uncle and soon finds his life spinning out of control as he becomes mixed up with hijackers and a gorgeous blonde (Diana Dors).

Escort West (1958) - This cozy Western produced by John Wayne's Batjac Productions is an unsung pleasure, with Mature in a very likeable performance as Ben, a widowed former Confederate officer heading to Oregon Territory with his young daughter (Reba Waters). Along the way, Ben rescues the survivors of a wagon train ambush, ultimately fighting both Indians and renegade soldiers. Faith Domergue and Elaine Stewart are among the wagon train survivors, and the supporting cast includes Western favorites such as Noah Beery Jr., Harry Carey Jr., Ken Curtis, and Leo Gordon, who co-wrote the script. Good Western, good company.