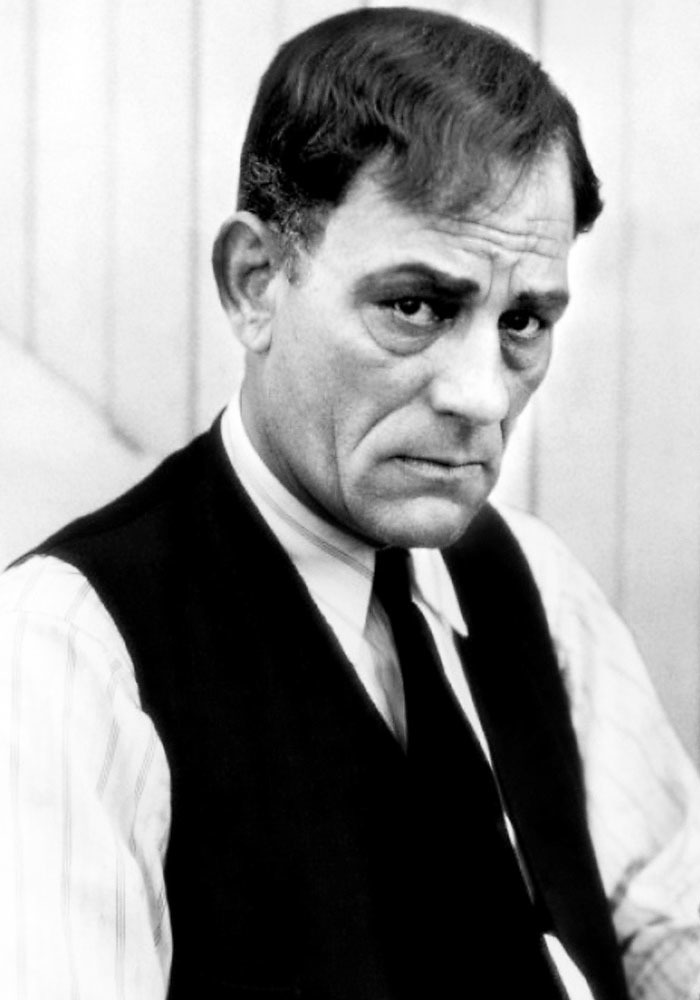 Ask anyone to name the cities with the greatest cultural impact and Paris likely makes the list. Hollywood loves Paris as much as anyone, and that love goes all the way back to the silent era. Of course, no two filmmakers are going to see a city in the same way and this is where things get interesting. We are going to be looking at the assorted ways Paris was portrayed in silent film.

The most lavish films set in Paris take the audience back in time to the middle ages. The two films chosen for this category feature two of the most famous leading men of the silent era at career crossroads: Lon Chaney and John Barrymore.

Lon Chaney had been hovering on the cusp of stardom for several years when he finally got his chance at the big time (with a little help from Irving Thalberg) playing in Victor Hugo's famous tale of love, jealousy and Quasimodo, The Hunchback of Notre Dame. Lon Chaney's makeup is legendary (when was it not?), but he is not given nearly as much screen time as his fans wish. Still, it's wonderful to see a talented performer make the jump to major fame.

Sadly, no original negatives or prints seem to have survived so The Hunchback of Notre Dame only exists in 16mm format. However, the venerable Flicker Alley made the best of things with an excellent Blu-ray release. It is a pity, though, that we cannot see the lavish sets and costumes as clearly as we might with a 35mm print.

Paris in this film is an overwhelmingly huge and dangerous place if you don't know your way around and/or are not friends with a lonely hunchback.

John Barrymore had finally attained movie stardom to match his fame on the stage with his wildly popular performance in Dr. Jekyll and Mr. Hyde. Having spent the last few years in romantic costume films and dramas, Barrymore decided to take the leap over to United Artists, then a relative newcomer in the studio game.

His first film for his new studio was a wild mix of medieval adventure, slapstick, uninhibited melodrama and some of the most shameless overacting of his career. It's absolutely nuts. It is also the most (legal) fun you can have at the movies. Barrymore's performance was so over the top that even he blushed at it, but that's all part of what makes the movie so entertaining. That he is supported by an equally hammy Conrad Veidt (in his American debut) is the icing on the cake.

Paris in this film is a mad city where anything can happen -- and usually does. It also features a surprisingly friendly and patriotic criminal underclass.

Dance with the Apache

Of course, Hollywood was not content to stay in the past. Modern Paris, with its colorful nightlife and romantic low-lives, was also the subject of numerous silent films. Charlie Chaplin famously tried his hand at serious drama with A Woman of Paris. However, the two films here are from two extremes of silent filmmaking. One was a prestige picture with famous leads that has been forgotten by the public at large. The other is a cheapie affair benefiting from its leading lady, the up-and-coming Clara Bow.

Ramon Novarro goes to the dark side in Red Lily, but his most famous silent role was as the title character in the 1925 version of Ben-Hur. Ben-Hur's director was Fred Niblo, hardly a household name today but he was a very popular director during the silent era, helming vehicles for such luminaries as Douglas Fairbanks, Greta Garbo and Rudolph Valentino.

The leading lady of Red Lily, Enid Bennett, is even more obscure. She and Niblo married in 1918, a union that lasted until his death in 1948. Bennett was a notable leading lady during the 'teens and twenties, often playing sweet young ladies.

Bennett and Novarro play innocent lovers who are separated in Paris and try in vain to find one another. There is much grit and despair; it is a dark film, definitely not for everyone but the acting of Novarro and particularly Bennett makes this a dark romance worth seeking out.

Paris in this film is a labyrinth in miniature that no one seems able to escape and that both dashes and grants dreams.

Some actors stumble into stardom thanks to happy coincidences while others work their tails off and climb up the ladder through hard work. Clara Bow belongs in the latter category. Before she was dubbed the It Girl, Bow churned out poverty row vehicles by the dozen, learning the craft of acting and building her popularity.

Parisian Love was one of those dozens. Its budget was approximately three cents, one shoe-string and a ball of lint. Bow plays a feisty Apache whose boyfriend, Donald Keith, falls in with an old acquaintance (a shamelessly overacting Lou Tellegen) and decides to go straight. This annoys Miss Bow and she decides to get her revenge by seducing the man who broke up her romance. The plot is not entirely clear. Should I mention that the director, Louis J. Gasnier, later went on to direct Reefer Madness?

The simple rule for enjoying this movie is as follows: Skip to Bow. Her scenes have spark and sparkle that none of her co-stars manage. It Girl, indeed!

Paris in this film is remarkably like Southern California. Hmm. Wonder how that happened...

Paris as seen by the Russians

Paris was more than just a city of romance. For Russian actors and directors fleeing a revolution, Paris was a haven and a place to refine their art. The Russian emigre's made films astonishing in their creativity, scope and acting.

Ivan Mosjoukine had been a star in Russia, but his popularity spread across Europe with his work in France. The Burning Crucible saw him wear three hats: director, writer and star. The result is a mad mystery about a straying wife. Her paramour is the city of Paris itself. Her husband wants to move to South America but she cannot bear to leave her beloved Paris. Mosjoukine plays the private investigator hired to follow her and find a way to return her affections to her husband.

The direction of the film is a crazy mix of dramatic images, rapid cuts and innovative camera techniques. It's unlike anything you have ever seen and was far ahead of its time. It did find one fan, though: Jean Renoir credited the picture as his inspiration to take up directing.

This is just a sample of the many ways Paris appeared on the silent screen. Do yourself a favor and give yourself a movie night in France.