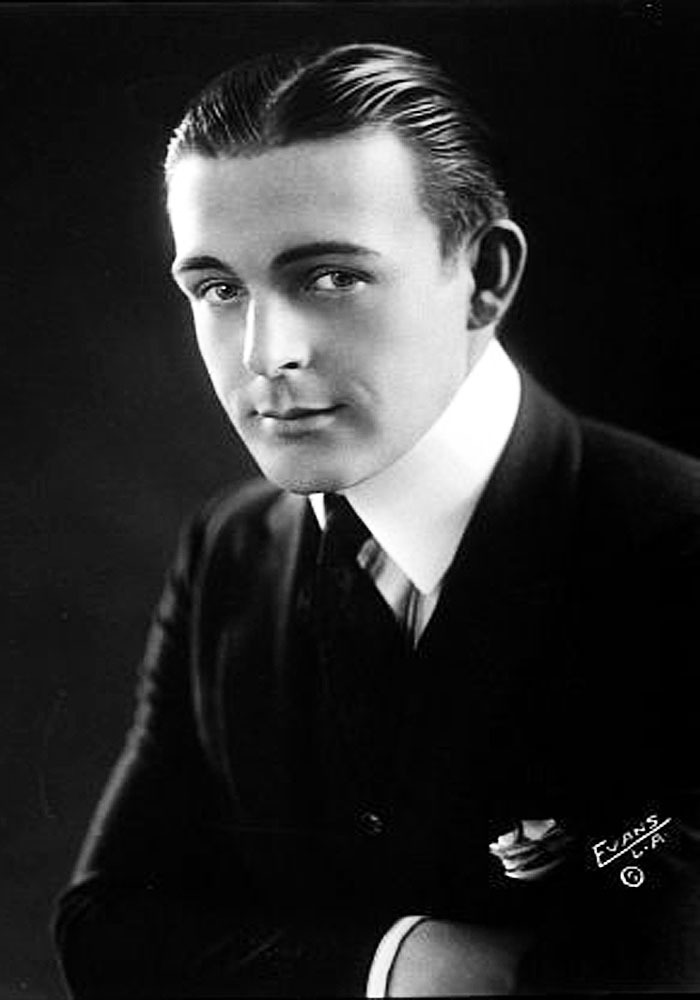 Today we are going to be taking a look at the runners-up, the also-rans. The silent movies that are wonderful and enjoyable, perhaps very popular in their day (and probably known to silent film buffs) but don't seem to get the same amount of attention as their more famous siblings.

Pandora's Box, The General, Metropolis, The Gold Rush... This article is not about them. It's about stepping off the beaten path and maybe discovering something magical.

Made in 1914, this stunning little romance looks like it was produced years later thanks to the impeccable direction of Maurice Tourneur. While some of his movies suffer from leaden pacing, The Wishing Ring speeds along.

Subtitled An Idyll of Old England, The Wishing Ring tells the tale of a wastrel nobleman named Giles (Chester Barnett), who is expelled from his university and disowned by his father. He is not allowed to return unless he earns five pounds on his own. Our hero falls in love with the spunky minister's daughter named Sally (Vivian Martin) and soon finds himself becoming kinder and less selfish.

Sally has purchased a ring that has the power to grant wishes -- or so she believes. In fact, Giles has been eavesdropping and has been the one fulfilling her dreams. When Sally finds out Giles' identity, she decides to do a little wish fulfilling of her own by reuniting him with his father. Armed with her charm, her little dog and a killer chess game, Sally sets out to win the old man over.

The Wishing Ring is so light it almost floats away, but that's part of its appeal. Considering how polished the film is, it is very surprising that it is not better known today. The forgotten cast charms, Maurice Tourneur's direction is gorgeous and film speeds along at a rapid clip. The Wishing Ring is an ideal pick-me-up.

William de Mille is not mentioned today unless he is being used as a cudgel against his little brother Cecil. (Why are you making those epics, Cecil? Why can't you be like your big brother William?) This isn't fair to either man. William de Mille (yes, small 'd') deserves to be remembered as someone other than Cecil's brother.

Our elder de Mille specialized in intimate dramas but much of his work is lost. We are fortunate that one of the survivors is Miss Lulu Bett. It tells the story of a woman saddled with two of the worst labels possible, at least in the eyes of a nation that still had one foot in the previous century: she is a spinster and a poor relation.

Miss Lulu Bett is (and many apologies for using this overexposed phrase) an uplifting tale of a woman stepping out from under the fetters of the nineteenth century and enjoying the liberation of the twentieth. Star Lois Wilson gives the performance of her career (this film was her favorite), and she is ably supported by venerable ham Theodore Roberts and the rugged Milton Sills, who has a civilized part as the local schoolteacher and Lulu's love interest.

If all this sounds a bit preachy or dull, let me assure you the movie is nothing like that. The story brims with humor and warmth. Because Lulu is such a well-written, well-acted character, we are immediately sympathetic and invested in her journey for independence.

This is an understated drama with heart to spare but it also has enough depth and social awareness to reward re-watchings.

Before coming to America, Ernst Lubitsch made wildly successful films in Germany. While many of his famous titles from this period are historical epics, his sassy comedies are really the most fun to watch. Surreal, smart and showing the first glimpses of his famous touch, Lubitsch's German comedies hold up very well indeed.

Many of Lubitsch's earlier work starred the dynamic Ossi Oswalda. Oswalda is often written off with the shorthand 'The Mary Pickford of Germany' but this doesn't do her justice. The tastes of her audience and her wilder comedic style meant that Oswalda got away with a risky brand of farcical performance. Her characters skated on the edge of surrealist madness and were completely boy crazy.

In The Doll, Oswalda plays the daughter of a doll maker specializing in creating completely lifelike machines to serve as mechanical wives for men who wish to remain bachelors. His best creation to date is a doll that is an exact replica of his daughter. Unfortunately, the doll is broken and Ossi secretly takes its place. Wouldn't you know it, a particularly neurotic bachelor picks that exact moment to buy the 'doll' and Ossi is soon whisked away to her own wedding.

The rest of the film is taken up with Ossi's exploits as she experiences the advantages and disadvantages of a mechanical life. Oh and there is that little matter of her new husband...

The Doll is as wacky as can be and it does a wonderful job of displaying the early promise of Ernst Lubitsch. Ossi Oswalda thoroughly steals the show with her charming, saucy performance and enormous talent for physical comedy.

Lois Weber is an interesting figure in silent cinema. She was not the only woman of the era in the director's chair, but she certainly was one of the most famous members of this unique sisterhood. (Other notables include Alice Guy, Frances Marion and Dorothy Davenport.) Weber specialized in making films about hot button social issues. For example, Where Are My Children? dealt with abortion and birth control.

The Blot took on the poor wages paid to teachers and professors. Claire Windsor plays the daughter of one of those poorly-paid scholars courted by one of her father's wealthy students but her heart cannot be won over by money.

Lois Weber embraced domestic drama and directed with a quiet, understated assurance. While she was not above using flashy tricks and symbolism to get her audience's attention (notably having a translucent nude model wander through the scenes of her film Hypocrites as 'the naked truth'), in general, she strove for realism.

Lois Weber is not notable just because she was a woman who directed films. She is notable because she was a good director, period. The Blot is a heartfelt film, and while it skates close to tearjerker territory, Weber knows how to pull back just enough to keep the film from becoming a maudlin affair. It's an ideal showcase for her talents behind the camera and a good introduction to her unique style.

I hope you have enjoyed reading about four silent films from off the beaten path. Each one of these is a treat to watch and illustrates how creative and diverse silent cinema was. Of course, we will still love Metropolis, Sunrise, The Phantom of the Opera and other famed titles. However, it is always fun to enjoy a little bit of adventurous viewing.