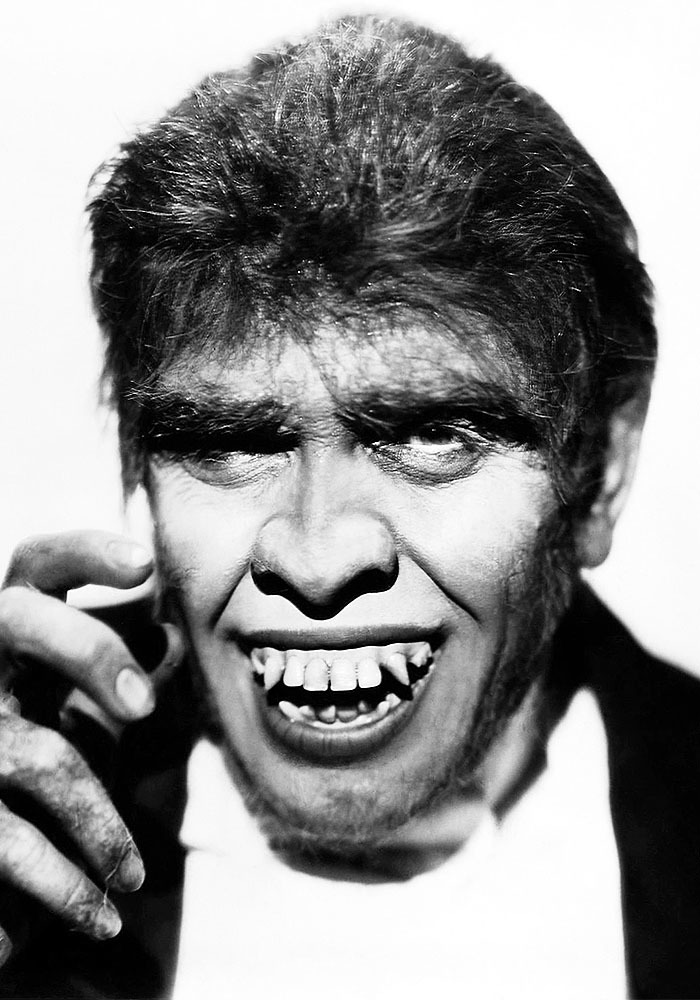 Five years separate the premieres of The Jazz Singer (1927), with its brief but irresistible sequences of Al Jolson's singing, from Love Me Tonight (1932), a miracle of score synchronization, fluid camera, and optical effects. In the early sound period, the major studios hired more technical advisers and, for certain effects-filled films, began to accept higher ends in production costs and schedules.

At their best, the results are startling. In this piece I will visit a half dozen films in which special effects matched the filmmakers' visions with images that no audience had seen before. Some of the stories are familiar to film buffs. For me, the details enhance, rather than detract from, a viewing of each film.

Horror fans should see the John Barrymore (1920) and Spencer Tracy (1941) versions, but on no account miss this one, starring Fredric March under the direction of Rouben Mamoulian (whose next film was Love Me Tonight.)

I first saw this at a film society showing in the late '80s. My fellow cinephiles awaited the transformation scenes in Jekyll's laboratory, expecting to see the dissolves that are stock shots in hundreds of thrillers. Instead, in one continuous take, we saw March's face darken and acquire creases and blotches. Later, there were dissolves, as Jekyll regressed to his final horror (bushy eyebrows, flared nostrils, jutting teeth.) But how had Mamoulian shown the initial changes without a cut?

Mamoulian used panchromatic film, although it was printed in black and white. Using this film, it is possible to mask certain makeup compounds with filters, then reveal them when the filters are pulled away. When March's face grows wrinkles, you are seeing makeup effects that were there all along, but that the filters were blocking. Veteran cinematographers knew how to create this effect, which takes precision to pull off. Mamoulian did not reveal it to the general public until the early 1970s.

Most horror films were shot on low to medium budgets, and monster transformations were done with dissolves, which any film crew could create. Mamoulian's Hollywood career produced only 16 features, and, especially in his early career (ca. 1929-1935), he exploited every capacity of the movie camera.

Kong is the greatest achievement of Willis O'Brien, whose pioneering work in animation and stop-motion led to an earlier silent triumph, The Lost World (1925).

Kong cost 70,000 and took six months to shoot, which was a substantial risk for RKO. The film pulled in three times its cost in its first run, and became one of the studio's most dependable reissue titles.

Most of us know this film scene for scene. It is filled with the dinosaurs that O'Brien loved to create, using complex metal armatures with precision joints and rubber exteriors. The dinosaur scenes are eye-poppers, especially when seen in a theater. There are encounters with a stegosaurus, a brontosaurus (which is perhaps unfairly shown to be murderous), a T. rex, a serpent-like elasmosaurus, and a pteranodon.

Kong himself is the big show. When you see him full body, you are seeing an 18 inch tall model, covered in rabbit fur, animated with meticulous stop-motion photography. The prop department made three giant body parts for Kong. One was a foot and lower leg, used for a shot of Kong stomping on an islander. A giant hand and forearm was used for shots of Kong reaching for Driscoll (Bruce Cabot) and for the famous shots of Ann (Fay Wray) in Kong's grip. Finally, for close up reactions, a head, chest, and shoulder was made for Kong, big enough for three men to fit inside, operating levers and air hoses to animate the mouth, nose, eyes, and brows. King Kong used most of the special effects techniques that existed in 1933. There are matte shots, glass shots, optical printing, and extensive rear projection. Kong expressed emotions from curiosity to dumbstruck love to rage. For many of us who saw the 1933 original on TV as children, he is the only Kong that wins our sympathy, despite a string of domestic and foreign remakes and knockoffs that stretches into the CGI era.

(Much of my information on Kong comes from The Making of King Kong (1975) by Orville Goldner and George E. Turner.)

Any studio could have recreated the 1906 earthquake with stock footage, miniatures, and rear projection. MGM had Irving Thalberg as production supervisor, and he aimed above the industry average. MGM's earthquake runs about ten minutes, longer than the actual event. In stretches it looks like a typical studio job, with a montage of collapsing walls and people fleeing as debris falls on them. There are standout effects that make this the best-known movie earthquake. First is the ominous rumble, which is heard as Jeanette MacDonald sings in the music hall, and is soon recorded at maximum volume over the action which gave the audience an overpowering sense of dread. Second, the studio had entire sets built over hydraulic lifts and shakers, so that floors could tilt and rock violently. Finally, for the amazing shot of the sidewalk splitting open, a raised stage was fitted with two adjoining platforms. The platforms were pulled apart by cables as hoses sprayed water through the gap to represent broken water mains.

This super-production required three years of preparation and eleven months of shooting. It is another tribute to Thalberg's perfectionism and helps explain why MGM was known in the industry as Retake Valley.

The story climaxes in a locust storm which the Chinese peasants survive, as they survive all of life's plagues. MGM approached this scene first in the conventional manner. They bought stock footage of African locust swarms and assembled a cut interspersed with shots of their actors. Neither Thalberg nor director Sidney Franklin found the quality they were looking for. The task then fell to the special effects department, which tested various props for the variety of shots required. They filmed coffee grounds and bits of burnt cork, which they shot from air guns and filmed against a white drop. They mixed dead grasshoppers and wood chips and bounced them off a sheet, trampoline style, to show swarming. They reached the limits of ingenuity but still needed convincing footage of humans and locusts on a flat, open landscape, battling for survival.

The problem was solved when a grasshopper swarm descended on Utah farmland. An MGM crew arrived in time to shoot reels of footage. The finished sequence combines the Utah footage with studio process work. The film crew returned with cages of live grasshoppers, and these were used in close ups.

It is hard imagining any studio other than MGM nursing this property through production. Whole books have been written about it; my main source is Aljean Harmetz's classic The Making of the Wizard of Oz. I will focus on my favorite three effects, out of dozens and dozens of spectacular moments.

The tornado funnel: The prop department's tour de force was a muslin cylinder that stretched from the floor to the top of the stage. It was fitted over a steel support called a gantry and attached at floor level to a little car that ran on a zigzag track. The funnel discharged fuller's earth, a clay-based powder, mixed with compressed air, which was fed into it with air hoses at the bottom.

The shots of Dorothy looking at the inside of the tornado, with people flying past, were done in a 35-foot diameter drum lined with muslin. Optical printing brought in the men in the boat, Miss Gulch and her bicycle, etc.

The flying house: It was a three-foot tall model. It was shot from above, falling toward a floor painting of the sky. When the film was reversed, it showed a house crashing to earth.

The horse of a different color: The script called for six colored horses, in red, orange, yellow, green, blue, and violet. This meant using six docile white horses and finding a dye that would photograph well and pose no threat to the horses themselves. At the outset paint was ruled out. The solution was rather delightful. The horses were sponged with a mixture of Jello and water that had to be reapplied between takes, as the horses licked it off themselves and each other.

Toward the end of this exemplary Alfred Hitchcock espionage yarn, his principal characters are crossing the Atlantic when their plane is shot out of the sky. Hitchcock wanted to show the impossible: the plane hitting the water in one unbroken shot, from inside the cockpit. His method was ingenious, and in later years he gleefully described it to numerous interviewers.

First, he had a stunt pilot fly nosedives over the ocean with a camera fixed to the plane. Next he had a cockpit built beside a water tank in the studio. Two dump tanks were primed to flood the set. In front of the tanks was a rice paper screen, on which the nosedive footage was projected. As the footage reached the deepest point in the dive, Hitchcock pushed a button, and the dump tanks unloaded several hundred gallons of water, with sufficient speed to hide the screen as it tore away.

To conclude, an era of popular entertainment with a worldwide audience supported these advances in technology. Four of these films were high-budget gambles in their day; all of them were commercial art, and with the exception of The Good Earth, they all fit into typical escapist genres: horror, fantasy, historical romance, and suspense. And yet they are visionary in technique. Masters of photography, recording, and prop design created the effects that highlight these films.