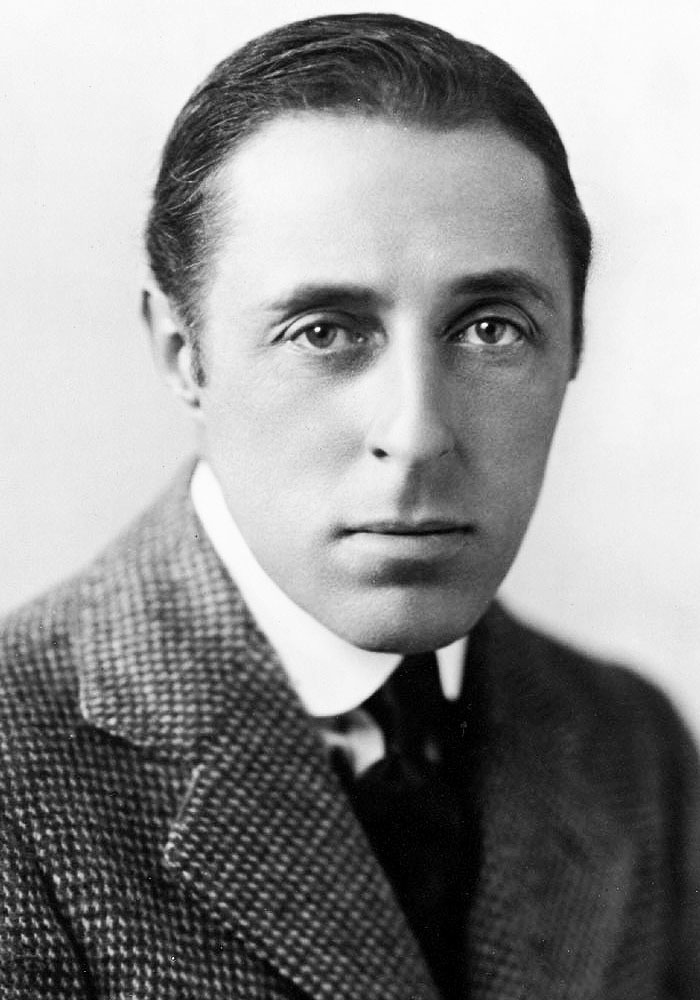 About one hundred years ago, the American film industry experienced an upheaval that was arguably more important and game-changing than the switch to sound which came over a decade later. Since the beginning, motion pictures had been, well, short. From a few seconds in the 1880s to 10-30 minutes in the 1910s, the movies were slowly getting longer but they were not yet commonly feature-length.

(The first feature film is generally reckoned to be The Story of the Kelly Gang, a 1906 Australian production, and Italian filmmakers were soon producing massive and lavish epics with runtimes to match. Feature-length films were known to the American film industry as early as 1909 and the format was gaining popularity in the very early 1910s, but 1914 or 1915 are most often considered to be the years when the Americans went all in for features.)

Pre-1915 short dramatic films don't get much attention these days. Most histories of film are happy to show A Trip to the Moon, The Great Train Robbery, some Keystone comedies, a few short films from director D.W. Griffith and then off to the features.

Hold your horses! The films of the pre-feature era have a charm all their own and are worth taking the time to savor. I'm going to share a list of some of the most interesting, important and charming short films from this era. While this list is 'essential' I would never call it complete. In order to keep this post at a manageable length, I may be obliged to leave off one of your favorites. However, I hope you will find something to enjoy.

Famous for a reason

Georges Melies made hundreds of films but none more famous than this. A riff on then-popular sci-fi with some sly political commentary thrown in, A Trip to the Moon is a visual feast. With the newly-discovered hand-colored version now available, we can finally see this film in all its turn of the century glory. (Many early films were painted by hand and the effect is both stunning and charmingly homemade.)

The American film industry of 1903 had a few things in common with today's movies. Then as now, action films packed theater seats. While not as polished as the Melies project, Edwin S. Porter more than makes up for it with gusto and thrills. It's all about the titular robbery and then the attempt by the posse to round up the gang. The Great Train Robbery was a slam-bang thriller in its day and an important historical artifact to us.

Contrary to popular belief, this is not the first gangster film. The Black Hand beats it to the punch by a good six years. That being said, D.W. Griffith's gangland tale is a ton of fun to watch and a big part of its oomph is thanks to the performances of Elmer Booth (often compared to James Cagney, an accurate description) and Lillian Gish. Gish should be particularly fun to see for viewers who think she only played delicate waifs in her early days.

We end this section with the debut of one of the most iconic characters in film history: Charlie Chaplin's Tramp. What's amazing about this plotless little bit of fun is how full formed and appealing the character already is. Harsher, yes, but definitely entertaining. Watching this short is like watching history being written before your eyes.

Alice Guy was not one of the first female film directors. She was one of the first film directors period. This engaging special effects film endeavors to show us where babies come from. Don't worry, though, this is as safe as milk because this film tells us babies are created in the cabbage patch by the cabbage fairy! This whimsical little film is simple but has grace and charm to spare.

Another gem from the special effects genre, this British production was directed by George Albert Smith. A canoodling couple find themselves with nowhere and nothing to hide when an x-ray fiend uses his machine on them. The couple's 'skeletons' are just painted body stockings but the film shows great imagination. We even see the wire frame of the woman's parasol. This could easily have been a short sequence in Monty Python's Flying Circus.

Another British production, this comedic trick film was the work of director James Williamson. Even madder than The X-Rays, this film shows a man angrily approaching the camera, threatening to eat both the device and the cameraman if they do not stop filming him. He makes good on his threat (thus the title) and seems to greatly enjoy his meal. The surreal humor is complemented by the innovative 'close-up.' Instead of the camera approaching the subject, the subject approaches the camera.

Edwin S. Porter is famous for The Great Train Robbery but he was quite prolific. This fairy tale film is set-bound and stagey but it has an old-fashioned charm and it is valuable seeing how beholden to stage productions early films were.

Fairy tale subjects suited Georges Melies just fine and this Arabian Nights tale is both lavish and grand. It is also (surprisingly) punctuated by moments of relatively graphic violence, decapitations and such. The gorgeous colored print is like an illustration come to life and the dark content makes the whole production both old-fashioned and modern.

This is a mad mix of a fairy tale (Goldilocks and the Three Bears), early stop-motion animation and political satire. What would happen if President Theodore Roosevelt were to enter the famous fairy tale about a thieving young miss and a family of bears? Well, wonder no more because this film has the answer. A strange film but not without its charms.

This French western is an anarchic treat. Director Jean Durand is most famous for his comedies but this film takes all the energy and mad scheming one would expect in a humorous picture (or a Wile E. Coyote cartoon) and plays it straight. The result is a frenzy of gunfights and booby traps as two former friends race one another to a gold strike. It tries to be American but stays so very French, which only adds to its charm.

Again, this list is hardly exhaustive but I hope you will find some forgotten gems that are worth your time.