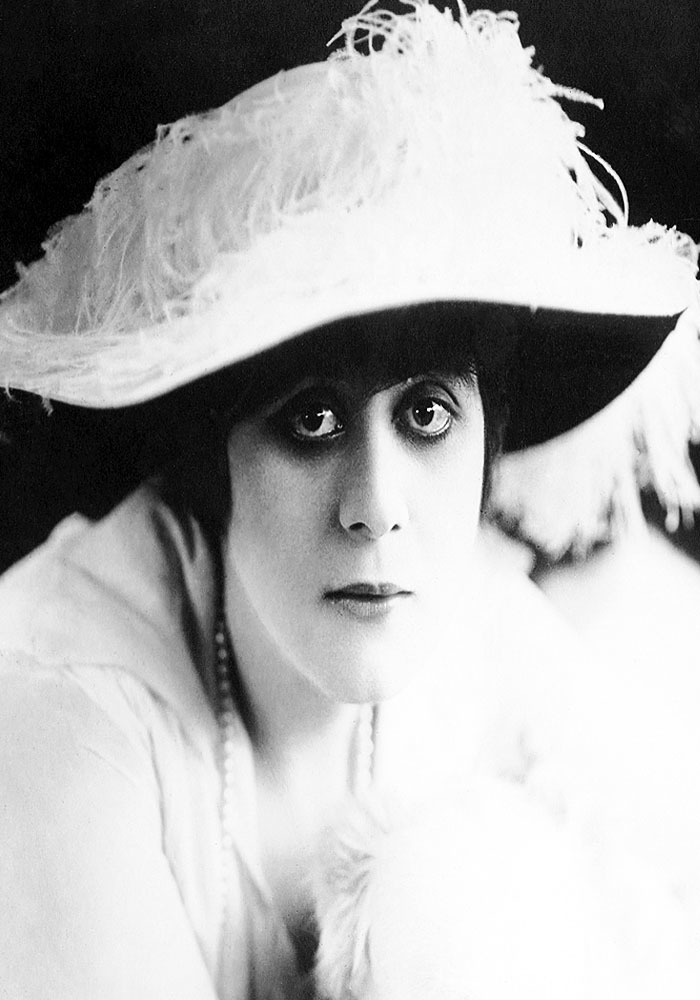 2015 is, of course, the centennial year of the release of The Birth of a Nation, that controversial, pro-KKK blockbuster. Whatever their opinions of the film, one thing all classic movie fans agree on is Birth tends to dominate the conversation when discussing the motion picture industry of 1915. To give some historical context, let's look at some of the films that were released in that pivotal year.

While the American film industry had been making feature films for years (and what is believed to be the first narrative feature was made in Australia in 1906) 1915 stands out as the year when the feature length motion picture really took over. We're going to enjoy a selection of feature films with a handful of shorts; all released one hundred years ago.

A Fool There Was

How many silent films have title cards that are still quoted a century later? When Theda Bara uttered the deathless 'Kiss me, my fool' she made movie history as the top vamp. The survival rate for Bara's films is shockingly low but this is the one that launched her to superstardom. She plays a woman who seduces and drives men (preferably married men) to their deaths because it beats playing cards, I suppose. Audiences went wild for her assertive seductions and expressive eyes. The vamp fad didn't last long but whas an intriguing period it was.

Cecil B. DeMille is mostly known today for his somewhat cheesy religious sound epics but in 1915, he was a force to be reckoned with. DeMille's flair for the lurid is on display in The Cheat. Stage star (and allegedly ageless goddess) Fannie Ward plays a socialite who borrows money from a businessman (Sessue Hayakawa) in exchange for certain...personal favors. She goes back on the deal and he takes a branding iron to her. It's every bit as lurid on the screen. DeMille's moody direction and flair for the dramatic make this film one to remember. Not for the easily offended but worth the effort.

No director in the American film industry could coax more beauty onto the screen than Maurice Tourneur. With this film, he takes an O. Henry short story and turns it into a study in finding beauty in unexpected places. A darkened bank during a robbery becomes a geometric maze. Sing Sing is ideal for moody performers to stare through bars. Even a wild escape through windows and alleyways is exquisitely framed. The film itself is a little on the slow side but you are not likely to see anything more beautiful from 1915. And, of course, you get to enjoy the patented O. Henry twist ending, which the film retains.

This film is sometimes used as a punch line by people who do not understand silent film. They made a silent film of an opera? And starred a famous soprano in the lead? Hilarious? Nope. This picture (another one from DeMille) was based on the original novella that inspired the opera and it takes every advantage of the motion picture medium. Soprano Geraldine Farrar proves herself to be a natural for the screen and her chemistry with Wallace Reid sizzles. Her Carmen is older, more wily and more world-weary but more than ready for a lark. If you get a chance, do also check out Charlie Chaplin's send-up of the film, A Burlesque on Carmen, filmed the same year. Chaplin and Edna Purviance have a grand time spoofing the picture.

Gangster pictures existed almost from the moment the movies were invented and this is one of the very earliest feature length examples. It covers popular social topics of 1915, such as crime and the question of whether a gangster can ever really go straight. It's directed by Raoul Walsh, one of the undisputed masters of the genre. He would still be making gangster films over three decades later with White Heat being one of the masterpieces of that genre. Another standout is Swedish star Anna Q. Nilsson, who underplays beautifully in her good girl role.

The Taking of Luke McVane

This western short is pretty typical fare for William S. Hart. He enjoyed his grit and grimness and this picture provides it in spades. He plays a nice guy who shoots a stinking cheater at the card table and rides out of town with a posse on his trail. There are some very nice action set pieces and the film also boasts a rather bold and likable heroine role for Enid Markey as the 'Belle of the Chuckawalla Valley.'

A Night in the Show

Charlie Chaplin was a certified cultural phenomenon by this point and his signature tramp character was a big part of his success. However, he still was not playing the role exclusively in 1915. In this short, he revives one of his old music hall routines about a bum (not a tramp) and a drunk swell who both do their darndest to interrupt a variety show. The short is quite different from Chaplin's usual offerings and while it is not his best, it is fun to watch and see his versatility.

Fatty and Mabel at the San Diego Exposition

Mabel Normand and Roscoe 'Fatty' Arbuckle were teamed successfully in a series of short films with titles like Fatty and Mabel's Simple Life and Fatty and Mabel Adrift. In this short, the main attraction is not these talented comedians but the San Diego Exposition they are attending. There's something very exciting about seeing the events of a century ago play out on the screen and the comedic chops of Arbuckle and Normand are the icing on the cake.

Mr. and Mrs. Sidney Drew's comedy films are some of the best kept secrets of silent film. Quirky, subtle and light as a feather, the married duo play off of one another beautifully. In this case, Mr. Drew is being run ragged by his younger wife. You see, she is addicted to the foxtrot and wants to dance the morning, afternoon, evening and night away. Her husband just wants to read his newspaper. Exhausted and desperate, our hero decides the only way to escape the burden of the foxtrot is to feign an injury. Of course, nothing works out as he planned but to say more would be telling.

This is just a tiny sample of the films from 1915 available for viewing. The film industry was still young and the air seemed to crackle with creativity. This spark is very evident in films from this pivotal year.