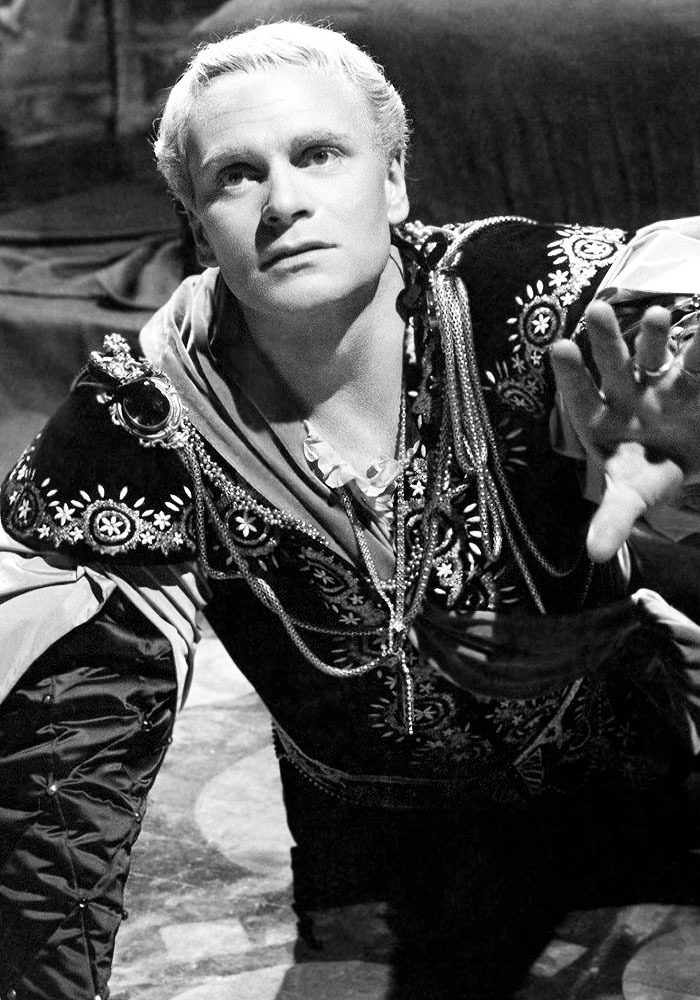 We film buffs are defined by our desire to see favorite films over and over. In the studio era, producers capitalized on this by reissuing their blockbusters for additional theatrical runs. In the 1950s, the studios leased or sold thousands of films for TV broadcast. Since the '80s, film buffs have been able to collect their favorite movies and acquire a frame-by-frame familiarity with them. Many buffs know their favorite films, stars, directors, and studios better than the original audience did.

Playback technology gives us the luxury to memorize cherished moments in which an actor, director, screen writer or cinematographer created magic. A classic shot or a killer line brings us back to our favorite films. Truly great films are packed with them.

In the mid-'60s, the teenage Steven Spielberg, an intern at Universal, got some face time with John Ford and received a terse lesson in Ford's theory of direction. The old man told Spielberg to study the western prints that lined his office wall. The same values that enhance a painting (composition, light, color, thematic statement) are essential to the screen image.

Ford's films provide countless examples. Watch any of his westerns or period films to see how a director uses landscape to compose an image. Note how Ford's characters travel in sunken roads or along pasture fences which set bold contours for our eyes to follow. When Ford is fully engaged, his images are unforgettable. Toward the end of The Searchers (1956), a terrified Debbie (Natalie Wood) flees down an arroyo to escape from Ethan (John Wayne). It's a scene that finishes off the main plot threads, and Ford shoots it from the mouth of a cave with the overhang becoming a proscenium arch. It's a formally beautiful shot that intensifies the viewer's emotions.

Ford, and many others of his generation, credited D. W. Griffith with showing them the art of cinematic storytelling. Griffith will always be controversial on such issues as racialism and sentimentality, but his mastery of composition and editing were foundational. The Birth of a Nation (1915) has astounding images of the battle of Petersburg, with Griffith's camera gazing down on a battlefield lit with artillery salvos and volleys of rifle fire. The film's two most famous shots give us Griffith's focus on smaller human details. After a title card reads 'War's peace' he shows us three young soldiers sprawled in a trench amid heaps of materiel. This shot is often compared to Matthew Brady's photographs of the war dead at Gettysburg. When the Little Colonel (Henry B. Walthall) returns to his South Carolina home, we see his mother greet him by the single detail of her hand reaching out to encircle his neck and draw him into the house.

Cops (1922): The indescribably wonderful shot of the marching policemen, with, far to the rear, Buster mistakenly joining the parade with his overloaded horse-drawn wagon.

The Big Parade (1925): The doughboys advancing through the Argonne Woods. To be exact, the riveting shot of John Gilbert's company marching right to left through sun-dappled trees, intercut with various battle images, shots of the German machine gun nest, etc.

The Black Pirate (1926): Douglas Fairbanks, capering on the main mast, thrusts his sword into the sail and rides it down, bisecting the sail as he goes.

The Crowd (1928): The long tracking shot of the office as ant farm, gliding over identical desks and workers as the camera seeks our protagonist (James Murray).

Alfred Hitchcock had the painterly eye. It's a rare Hitchcock that doesn't contain a famous shot. His best films are filled with them. A marvelous example is the crane shot in Notorious (1946), which begins as an overview of Claude Rains' glittering party. The camera drops from balcony height; we pick out Ingrid Bergman, and the camera pulls up to a close-up of her hand, nervously clutching the key to Rains' wine cellar. It's artistically audacious, and it advances both plot and audience involvement.

Another irresistible shot: Howard Hawks' 360 degree pan shot of the start of the cattle drive in Red River (1948). The camera glides past Montgomery Clift and the cowhands, shows us the milling herd and the supply wagons, all in readiness in the half light of dawn, as Dimitri Tiomkin's strings play muted, descending chords. The shot closes on John Wayne on horseback, who rubs his nose and gives a full Duke reading of the line 'Take 'em to Missouri, Matt.'

There's an offhand moment in Laurence Olivier's Hamlet (1948) that, once seen, sticks with the viewer for repeated showings. It's the scene where Hamlet greets the acting troupe who will help expose his murderous father-in-law. With affected breeziness he says: 'You are welcome, masters, welcome all. I am glad to see thee well.' Olivier, who starred, directed, and did textual work, decided to address the second part of the line to the dog that is romping among the actors. It's a debonair touch playing up Hamlet's glibness, Olivier's quicksilver instincts, and the audience's delight in the unexpected.

A perfectly written and delivered line is enough reason to watch an entire film (although the following examples are from films with an abundance of riches.)

Downstairs (1932): John Gilbert plays Karl, an utterly corrupt chauffeur in a wealthy household. He seduces the middle-aged cook (Bodil Rosing), fleecing her out of her savings. When she demands he return her money, he spurns her in horrible language: 'With a face like that, you oughta pay plenty. Goodbye, Grandma.' See this for Gilbert's fearless playing of a swinish character.

It Happened One Night (1934): There must be a couple hundred reasons to watch this perfect romantic comedy. Who can resist Claudette Colbert's putdown of the womanizing Oscar T. Shapeley (Roscoe Karns)? In her rich girl's conception of a squelch, she high-tones: 'Believe you me, you bore me to distraction!' Karns greets this with an obnoxious cackle, sending the scene into the comic stratosphere.

Stage Door (1937): Stage Door is a sharp comedy set in a theatrical boarding house for women where the aspiring actresses are more often rivals than friends. When elegant Terry (Katharine Hepburn) shows up, she is set upon by Jean (Ginger Rogers), the resident wisecracker. Terry puts up with a few zingers and then swats Jean aside with this: 'Evidently, you're a very amusing person.' This line, in Hepburn's Bryn Mawr register, is a showstopper. Try it on the next sarcastic pest you meet.

The Bride Came C.O.D. (1941): This Bette Davis/James Cagney farce is a guilty pleasure, and much of it is low comedy. Davis' rear end is assaulted five times in the picture, three by cactus and twice by slingshot. But you get full-strength performances from two screen legends at the peak of their careers. Bette's best line comes after she plants a kiss on Cagney, and it's a single indignant word: 'MUSTARD!' A lot of plot goes into that word, along with Bette's full histrionic thrust. I have happily watched this picture several times over to hear that line.

The African Queen (1951): Humphrey Bogart stars in a rich comedic performance as Charlie Allnut, with Katharine Hepburn as the indomitable Rose. Bogart was a master at delivering large chunks of dialogue with phrase after phrase piled on; two examples are the scene in the D.A.'s office in The Maltese Falcon and the park bench scene in Treasure of the Sierra Madre. Here, in a wonder of a drunken scene, he unleashes his frustration on Rose: 'I asked ya on board 'cuz I was sorry for ya, on account of ya losin' your brother and all...Well, I aint sorry for ya no more, ya crazy, psalm-singin', SKINNY OLD MAID!'

Touch of Evil (1958): Touch of Evil is Orson Welles' baroque, decadent masterpiece. He plays Hank Quinlan, a bloated, debauched border town cop. Marlene Dietrich is Tanya, a blase madam who greets him after a long absence with 'I didn't recognize you. You should lay off those candy bars.' Later, she rebuffs Quinlan's line about fortune telling with this deadpan reading: 'Your future's all used up.' Their scenes might have been played at the bottom of a well; the affect is airless and terminal.