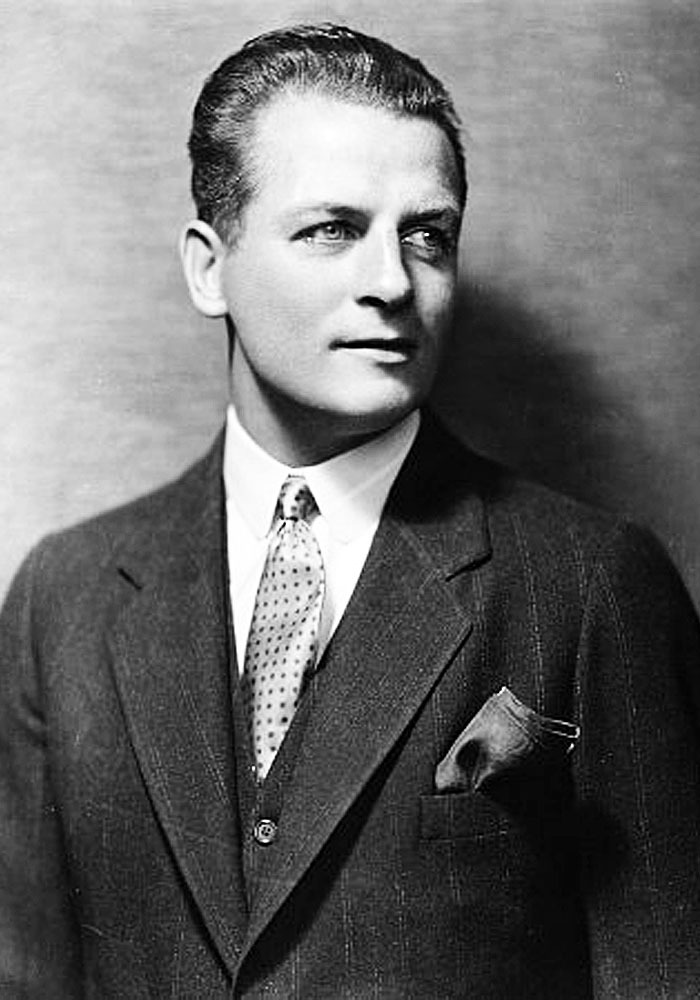 The silent era was truly a golden age of cinematic comedy. While the biggest names certainly are fun to watch, it is also pleasant delving a little deeper into the selection of silent funny people and experience comedy from performers who are not necessarily household names, even to classic movie fans.

I'm going to share a few of the more obscure comedians of the silent era (and by 'obscure' I don't mean Chaplin, Keaton or Lloyd) who deserve a little bit of attention. This list is not complete by any means (a shelf full of books would be required to give every forgotten comedy talent of the silent era his or her due) and it is very much based on personal taste, but I hope you will find someone you like.

Slapstick wasn't the only kind of comedy in the silent era. Reginald Denny specialized in portraying everymen trapped in ridiculous situations. In Skinner's Dress Suit, he is a salary man who has overextended his credit but is able to save his finances (and his dress suit) thanks to some quick thinking and even quicker hoofing. Denny and co-star Laura La Plante's chemistry and dance skills make the film a real classic.

In Oh Doctor! (no relation to the Arbuckle/Keaton short of the same name) he plays a cowardly hypochondriac who becomes a daredevil overnight thanks to his crush on his beautiful nurse (a very young Mary Astor). The central conflict comes from the fact that Denny, thinking his death from his imaginary ailments is imminent, has signed his inheritance over to some greedy bankers forced to follow him on his exploits and attempt to prevent him from annihilating himself. Denny also acted in boxing films but his comedies are his real claim to cinematic immortality. His droll delivery and quiet charisma are delightful.

Flora Finch had a face made for comedy and she knew how to use it. Teamed with the equally forgotten John Bunny in a series of films, she continued in a solo career after his early death. Finch is probably best known today as the neurotic and/or shrill character actress in support of bigger names. In the horror-comedy classic The Cat and the Canary, Finch plays a greedy cousin with a feisty manner and a, um, colorful vocabulary (imaginatively portrayed via title card). She also ends up saving the day as she is the person who escapes the old dark house, fetching a policeman, riding to the rescue on his handlebars. The cavalry coming to save the heroes has never been funnier. Finch may not have been the star but she always made her presence known thanks to her wonderful expressions and her excellent comedic timing.

Lupino Lane is Ida Lupino's first cousin once removed, in case you were curious. Lane came from an acting family and was doing acrobatic comedy routines from a young age. His Hollywood silent films display his stunts but the real draw is Lane's whimsical presentation.

In Only Me, he plays every part in a music hall show. While the one-man performance had been done before (Chaplin and Keaton both had their own versions), Lane's iteration is notable for its sheer scale and clever spoofing of the melodramas and butterfly dancers of the previous generation. In Naughty Boy, Lane plays an adult man who must pose as a child so his vain father can claim he is only thirty. His problems include a rough playmate, forced naps and the nefarious schemes of his romantic rival (played by Lane's younger brother Wallace Lupino). The finale of the film involves a bicycle chase with Lane constantly having to improvise new wheels out of whatever is at hand. Lane may not be one of the big boys but his light touch and quirky humor is always welcome.

This real-life married couple created charming domestic comedies in the 1910s. Anyone who thinks comedic subtlety was an invention of the later silent era or the talkies would do well to check out some of their pictures. Sidney Drew usually played a man-child getting himself into trouble while his wife Lucille patiently disentangles him or humorously gives him what for.

In Foxtrot Finesse, she plays a dance addicted wife fox-trotting her husband to death. He tries to get out of dance duty by faking an injury but the observant missus soon realizes he is faking it (skipping to his office was a dead giveaway) and sets out to teach him a lesson. In the recently released Wanted, A Nurse, Sidney is once again faking illness to get his way, this time it is to make a pass at a pretty nurse. Naturally, nothing goes as planned. The Drews respected their audience and trusted them to understand the more subtle aspects of their comedy. As a result, their films are just as fresh today as they were a century ago.

Probably the most famous person on this list, Chase was another comedy star who found humor in exaggerations of everyday situations as well as perfectly absurd ones. Chase delighted audiences with his over-the-top battle to buy sheets on sale in Fluttering Hearts (anyone forced to shop on Black Friday can appreciate the situation) and then found himself thwarted by sprinklers when he attempted to pad his calves with sponges in Bromo and Juliet. For madder Chase, Mighty Like a Moose features our hero and his wife both secretly getting cosmetic surgery (he for crazy teeth, she for an enormous schnoz) and then attempting to cheat on each other -- with each other!

My personal favorite Chase short is Crazy Like a Fox, in which he attempts to convince his prospective in-laws he is a dangerous lunatic in order to get out of an arranged marriage. Among other gags, Chase dons a hat with a little white feather he twitches with a string. The plan works all too well as it turns out the unwanted fiancee is actually the girl of his dreams. Oops. In fact, much of Chase's comedy can be summed up by saying, 'What could possibly go wrong?' Everything, Charley. Everything.

While fans of silent comedy can enjoy a lifetime of laughs with the most famous names in the business, it's also worthwhile to step a little off the beaten path and seek out comedians whose fame has slipped a little. Not only are they funny and entertaining but they also expand the viewer's movie knowledge.