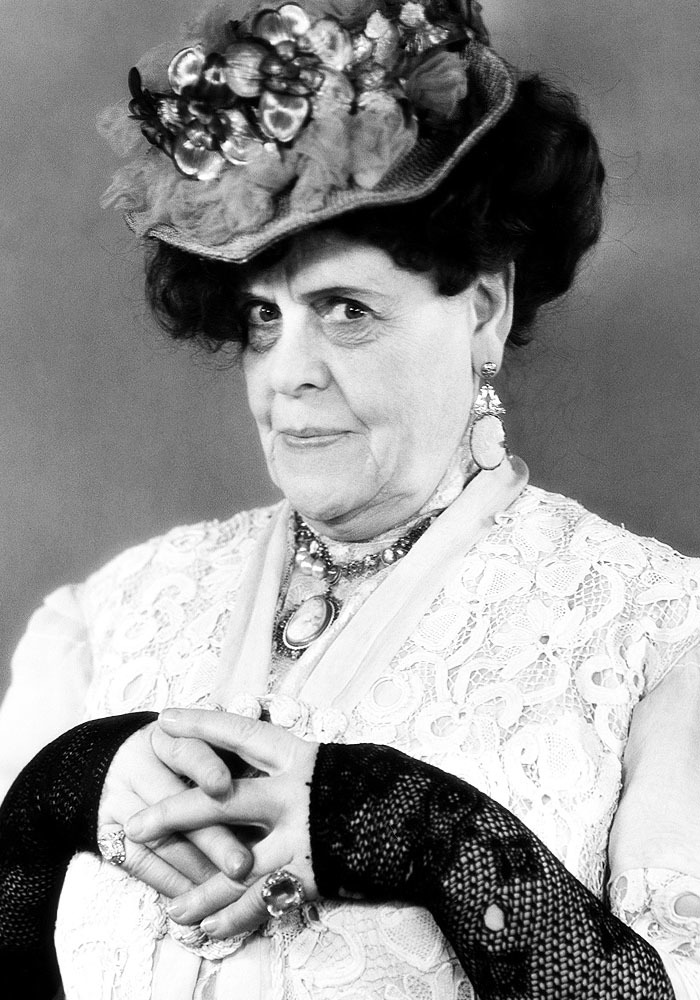 Film buffs take sides over many genres: B-westerns, horror films, the works of Maria Montez or Lum and Abner. Slapstick is another divider, and the division is stark. To the anti's, slapstick is lowbrow, unimaginative, and unfunny. To its fans, slapstick, done by experts, is a comic exaggeration of the extremes of human behavior, fitting the definition of comedy as bad things happening to other people.

A buff who scrupulously avoids slapstick must forego the pleasures of Chaplin's early films and parts of his features, many a Laurel and Hardy film, a lot of the Marx Brothers, much of Our Gang, and all of the Stooges. For such a buff, slapstick taints any number of 'safe' classics: Nothing Sacred with Fredric March landing a punch on Carole Lombard's snoot; The Women, with Rosalind Russell licking her chops before biting Paulette Goddard's ankle; and Ninotchka, in which, when Garbo laughs, she laughs at a Melvyn Douglas pratfall.

Slapstick was a mainstay of silent films in the nickelodeon days. Mack Sennett started production at Keystone in 1912, with comics who had learned physical comedy in British music halls and American burlesque. Film made slapstick bigger and sassier. Comics could and did engage entire crowds in food fights, demolished cars and buildings. Hollywood must have generated several thousand slapstick shorts in the studio era.

Comics who graduated to feature films balanced physical comedy with longer story lines and character-driven plots. Chaplin, with his poetic sensibility, still brought off uproarious slapstick in his features.

Much later, the conventions of two-reel slapstick came to early TV. Milton Berle, Sid Caesar, and Martha Raye used slapstick routines that were two or three generations old and were perfect for sketch-length farces. Red Skelton and Carol Burnett continued the tradition in the '60s and '70s.

The anti-slapstick faction will not be swayed, but, for those who enjoy comic mayhem, here is a brief tribute to some masters of the art.

Reviewing Chaplin's 1914 short The Property Man, Moving Picture World's critic wrote, 'There are very few people who don't like these Keystones. They are thoroughly vulgar and touch the homely strings of our own vulgarity.' Chaplin made about 70 one- and two-reelers, in many of which he races madly through houses, flees the police, and kicks his foes repeatedly in the backside. In Chaplin's features, his slapstick counts for more, as raucous comedy finds a setting in satires and dramatic narrative.

The Circus (1928) has a classic sequence when Charlie impulsively agrees to perform the high wire act. He arranges to use a safety belt as a cheater, but midway through the act the belt pulls loose. As he flails in the air, four rogue circus monkeys attack. One gnaws at his nose while another manages to pants him. Low comedy? It's one of the funniest scenes of all time. When it's screened in theaters, there are shrieks of laughter. The feeding machine in Modern Times (1936) also destroys audiences, although this scene is better to see at home than to read about.

In The Great Dictator (1940), Chaplin finds the ultimate use for his slapstick. He loathed fascist dictators, and he uses the broadest physical comedy to mock them. Chaplin plays Adenoid Hynkel, the Hitler prototype, while, in inspired casting, Jack Oakie spoofs Mussolini as Benzini Napaloni. Napaloni arrives in Hynkel's capital on a train with faulty brakes, which throws the dictator, his wife and entourage on their faces again and again. Later, the dictators' mutual suspicion boils over in a food fight. Hynkel and Napaloni throw handfuls of strawberries and spaghetti about and duel with baguettes; both have gasping fits from swallowing hot mustard.

This big-hearted star with the bulldog face and the gunnysack bust captured the heart of the Depression audience, throwing herself into her roles. In drama she was an anchor of heart and conviction; in sentimental hokum, she was shameless.

As a comedienne she was superb, able to pull off witty line readings (as in her curtain line in Dinner at Eight), but she also had a flair for mugging and low comedy which she displays it in Tillie's Punctured Romance (1914), the first feature-length comedy. In the talkies, she made a string of knockabout farces with Polly Moran. The two of them milked laughter with every sort of pratfall. Some critics (notably the New York Times' reviewers) complained that Dressler was soiling her image with vulgar comedy. Her audience disagreed.

For an unforgettable glimpse of Marie's comic energy watch Min and Bill (1930), a melodrama for much of its length. Min (Marie) runs a waterfront flophouse and Bill (Wallace Beery) is her soul mate. Midway through, Min catches Bill flirting with another woman.

The script calls for a fracas, but with Dressler onscreen, it's more like a tornado hits Beery. She chokes him, rams him against the wall with a bedstead, rolls across the floor with him, bites him, breaks a chair over his head, and comes at him with an axe. Marie is the equal of any physical comedian, and she pulls off this alarming mayhem at the age of 61.

We think of character comedy when we remember this legendary team: Laurel's lamblike bewilderment, faltering speech, and fits of falsetto weeping; Hardy's braggadocio and elaborate hand gestures. But they devoted entire films to wreckage, tearing houses and cars apart by hand. Their Academy Award winning The Music Box (1932) is all about the physics of hauling a crated piano up a flight of terraced steps.

One of their most violent shorts is Dirty Work (1933), in which they play idiotic chimney sweeps. The comic value of soot is thoroughly explored. Hardy falls off the roof and crashes through the top of a greenhouse before falling down the chimney, ending up in the fireplace as brick after brick bounces off his head. Shoveling soot out of the house, Laurel misses the dump bag and empties the soot into Hardy's pants. This is a grimy but inventive and highly satisfying little comedy.

And, ultimately, there are the Stooges. Their long career at Columbia encompasses the Curly Era (1934-1946), the Shemp Years (1947-1955), and the Assorted Curly Joe Phase (1956-1965). When the Stooges weren't wrecking someone's house or business, they were assaulting each other's skulls, eyes, noses, ears, and bellies. In real life, every short resulted in about a dozen arrest warrants. This is where all but the staunchest slapstick fans drop out. Happily, we are legion.

The boys were loud, crude, and cheerful. Their best films start with violent comic action and never let up. A good example is Half-Shot Shooters (1936). Early in the film, the Stooges run into the sergeant who made their lives miserable in the service. They attack. Moe pokes his eyes, Curly knees him, and all three pull his shirt over his head. As Moe gut-punches him, Larry yanks out handfuls of his underarm hair. Curly locates a nail-studded plank and spanks him. Then the Stooges proudly imitate a fife and drum corps and march off-screen.