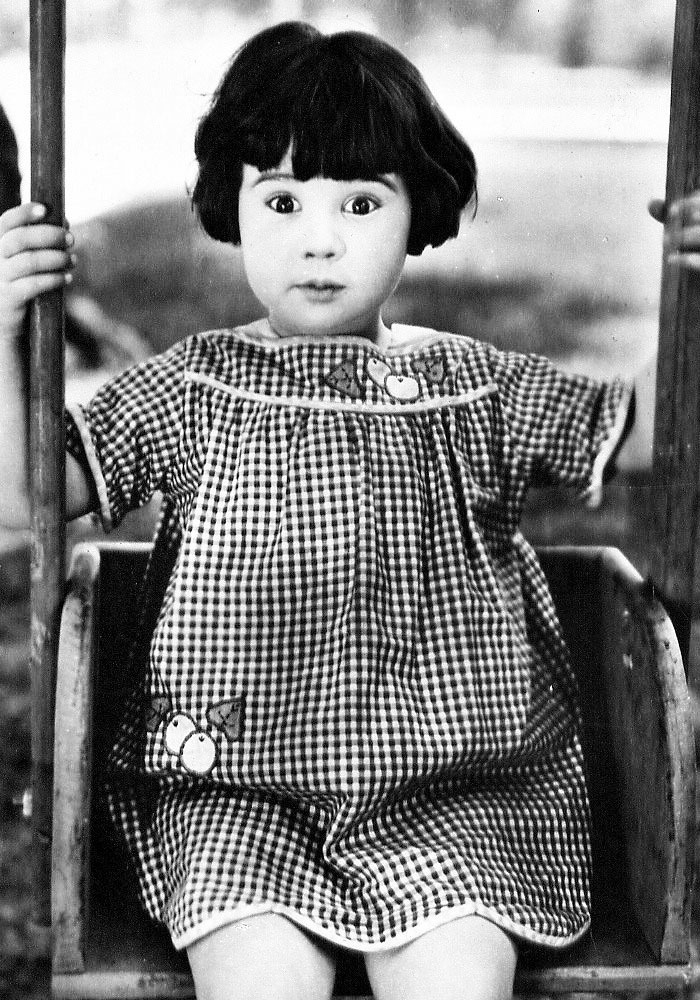 Winter is coming, which means hot beverages and baked goods, but it can also mean grey, dreary weather. What better way to cure the winter blues than by watching a cheerful movie? I've gathered a small selection of silent films guaranteed to make you feel all warm and gooey inside. Enjoy!

Director Frank Capra's distinct touch is all over this charming little romantic comedy about a would-be gold-digger (Viola Dana) and the rich boy (Ralph Graves) she marries after a whirlwind romance. When he is disinherited by his restaurateur father for marrying a nobody, the pair set about creating a restaurant empire of their own armed with a lot of hard work and the heroine's talent for constructing tasty sandwiches.

Viola Dana is a more obscure name among silent stars, mostly remembered for her touching reminisces in the Hollywood miniseries, but she deserves rediscovery. Her girl-next-door characters are sweet and street-smart and have a way of winning audiences over. This picture is an ideal introduction; light as a feather but cute as can be, a late silent era delight.

This film was remade as a vehicle for Shirley Temple in 1936 but the best version is Baby Peggy's. Peggy plays an orphan adopted by Hobart Bosworth, a grizzled lighthouse keeper. Naturally, busybodies believe an elderly bachelor is not fit to raise a child but the duo absolutely adores one another.

There are some cute comedy sequences (particularly Bosworth's no-nonsense parenting methods) but the highlight of the film is the sweet chemistry between Bosworth and his little adopted daughter. The film is sentimental but thankfully doesn't overdo the pathos. It understands its biggest assets are its leads and they are showcased accordingly. This is a family film that actually works for the entire family, young and old.

Mary Pickford's considerable talent for comedy is showcased in this quirky film about family estrangement and reconciliation. Pickford plays a child whose mother remarries an unpleasant character. In order to please her new husband, the mother leaves Pickford in Belgium under the care of her maid and returns to America. Later, Pickford journeys across the sea to find her mother but she hasn't the nerve to approach her directly.

Pickford takes a job as a maid in her mother's mansion, thus the rather curious title of the picture. While it deals with serious topics, this picture keeps things light, focusing instead on Pickford's charm and her acting ability as she plays her character from the age of ten all the way into adulthood. It's not Pickford's most famous film but it definitely is worth checking out.

Cinderella is updated for the twenties in this charming Colleen Moore vehicle. Moore plays a young woman who dreams of escaping her dreary life by becoming a film star. Scammed by a phony film contract, she ends up stranded in Hollywood with no job. Fortunately, with a little help from Harry Langdon, she has a chance of making it big.

This is one of Moore's most popular films and with very good reason. She is utterly charming as the whimsical lead and the use of special effects (most famously in the 'eye exercise' sequence) adds just the right note of magic to this modern fairy tale. The behind-the-scenes gags are also a great deal of fun, particularly to silent movie fans that recognize the tropes and cultural touchstones being spoofed.

Corinne Griffith is not well-known today but she is a charming burst of pep and personality in this darling comedy. Griffith plays a wannabe opera singer who accidentally finds herself employed in a burlesque club. Forced to thwack a masher, Griffith is fired but invited to accompany her friend Rosa (Louise Dresser) on her annual trip to Monte Carlo. Naturally, romance (with Charles Ray), mistaken identities and other misadventures await her.

The plot is wacky but the performers put it over spectacularly. Maude George and Lowell Sherman in particular do excellent work as the predatory club owner and lecherous customer, respectively.

Ernst Lubitsch's German films were considerably broader than the sophisticated comedies he made in Hollywood but they are charming in their own way. This is the story of Ossi Oswalda, a spoiled American heiress who decides she will not be happy until she has married a German prince. Fortunately, there are plenty of impoverished nobleman hanging about who would love to wed American cash and Harry Lietdke is the lucky boy.

Lubitsch has a grand time poking fun at both American and German culture, but his barbs are affectionate and the film is a happy, crazy whirlwind of outlandish incidents and eccentric characters leading to grand fun.

Before he was the Sheik, Rudolph Valentino bounced between playing oily villains and all-American boys. He's the latter this time around, playing a moneyed kid trying to pluck up the nerve to propose to Carmel Myers. The problem is her overprotective father is always around, so his friends arrange a dinner party to give the kids some privacy.

Naturally, everything goes wrong and Valentino and Myers are stuck at the house all night. Valentino's comedic chops are underrated but he is adorable as a shy boy who just wants to give a ring to his best girl. If you've only seen his red hot romances, you will be charmed by his gentle turn in this picture.

Anna Sten's unsuccessful stint in Hollywood has marred her reputation and saddled her with the mean nickname 'Goldwyn's Folly.' The fact is, Sten was a charming and vivacious leading lady, as this Russian comedy proves. Sten plays a hatmaker who impulsively marries an impoverished and homeless student (Ivan Koval-Samborsky) so he can use her apartment. It's supposed to be one of those in-name-only sorts of marriages but we all know those never work the way they are planned.

Things are complicated further when Sten wins a large prize in a lottery and her neighbors decide they want the winning ticket for themselves. Director Boris Barnet creates a kooky little film, full of sight gags and enthusiastic performances that's a perfect showcase for the unfairly maligned Sten.

I hope this list has given you a few films that will chase away those winter blues. Relax, make yourself some cocoa and let the silent era cheer you up.