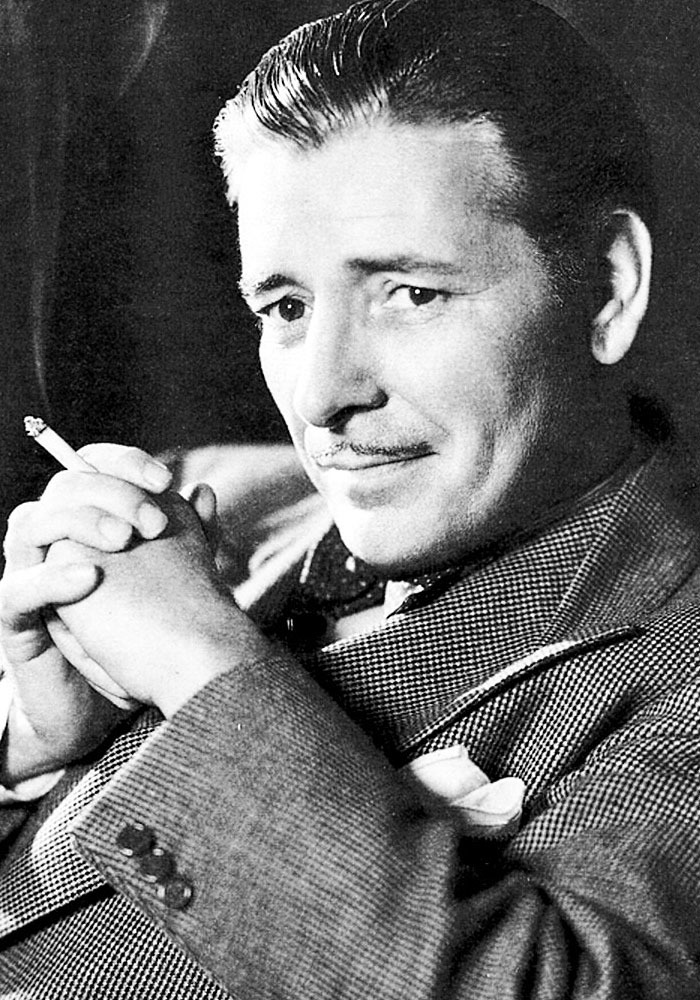 'You can dish it out, but you got so you can't take it no more.'

Most film buffs can identify the above quote (Edward G. Robinson in Little Caesar) and many can hear it in their heads; Robinson’s jeering voice, ripe with false bonhomie and sharp with menace. Stars of the sound era cultivated a vocal style for their roles. Some had natural tone and timbre that provided character.

Wallace Beery's slow delivery and casually rolling syllables matched the slovenly characters he played. His half-brother Noah, much in demand as a villain, had one of the deepest voices in Hollywood, with a rumbling laugh that warned his victims what was in store for them. For Noah Beery's antithesis, consider Franklin Pangborn, with a voice that glistened and rippled as his characters fussed over inane points of protocol. Voice builds character.

At no time have audiences been more engrossed in actors' voices than in 1929. Fans flocked to their idols' talkie debuts, savoring the moment when each star crossed the wondrous boundary between silence and sound. Fans rediscovered their idols. Audible speech made the stars excitingly closer to the audience.

In some cases, the rediscovery was a shock. Charles Farrell's thin, callow voice clashed with his romantic image, and his career declined as a result. Douglas Fairbanks, perhaps the screen's most virile star, had a light, somewhat wispy voice with no chest tones, but his career slowdown was a matter of choice, not rejection by the public.

Tom Mix was mush-mouthed and halting with dialogue, but he still looked good in his sound films, all made between 1932 and 1935, leaving him rich enough to walk away from pictures. Norman Kerry and Rod LaRocque had grating, nasal voices that ruined their romantic images.

There were happy debuts, of course. As fans discovered with Bulldog Drummond, Ronald Colman had a light baritone and cultured diction that made him more alluring than ever. Laurel and Hardy had stunningly perfect voices for their characters: Laurel's shambling delivery and high-pitched shrieks, Hardy's blustery attack, with loud, emphatic yawps of pain or exasperation and pear-shaped tones as he flattered or wheedled.

Clive Brook and William Powell developed an understated delivery that recorded well and showed up the overplaying of some of their castmates.

Within a few years, the film makers settled most of the issues in voice casting. Trained theatrical voices were valuable in certain situations (historical drama, character parts, comic foils), but many '30s genres called for colloquial speech. Jack Oakie became a great favorite, in part for his free-wheeling speech patterns, into which he threw southernisms, hipster slang, and comic voices.

Herewith, some capsule descriptions of some notable actors of the studio era with unforgettable voices.

Charles Chaplin: Chaplin's speaking voice was something like Fairbanks Sr.'s: light, a bit wispy, and formal. Rent The Great Dictator to hear him work wonderful changes from his vocal equipment: a double role as a Jewish barber and as Hynkel, the dictator. Don't miss Hynkel's speech to the masses, for which Chaplin invented hilarious double-talk German.

Louis Calhern: He brought stage experience and a marvelous frosty voice to the movies. Calhern could play solid citizens and scoundrels, always with a sophisticated style supported by diction and timbre. A classic Calhern role is Emmerich, the crooked lawyer in The Asphalt Jungle, smooth-talking the movie's gangsters and cops until he finds himself in a terrible trap.

Walter Brennan: He hailed from Swampscott, Massachusetts, but he nearly invented the character of the backwoods galoot. Brennan knew how to go country. His characters often complained about things, and his creaky, seesaw vocalizing was a perfect fit for these scenes. Catch him in The Westerner as the bloodthirsty yet romantic Judge Roy Bean, and as the immortal Stumpy in Rio Bravo. Stumpy's cackle will stay in your head forever once you hear it.

Walter Huston: A consummate actor whose performances have not aged, even when his vehicles are hackneyed. Huston played a wide range of characters, often conflicted, hard-to-like lead characters. He excelled at declamatory speech. His ringing tones threw each word at the audience, but he never lost the overall shape of the scene. Huston's best vocal performance is Howard the prospector in The Treasure of the Sierra Madre.

Henry Daniell: A British stage veteran, Daniell could produce the cold, stinging voice of the backstabbing villain. Watch him torment Garbo in Camille. He also plays Hynkel's henchman, Garbitsch, in The Great Dictator. Verbal parries from Daniell were like stiletto thrusts.

Clark Gable: Gable's voice is one to savor across his 30 years in sound pictures and its granular quality increased over the years. Gable's early roles as tough guys are flat, but once he played comedy, the bemused quality in his voice was just perfect. His battle of the sexes pictures with Jean Harlow, especially Red Dust and Hold Your Man, have memorable love spats. By the '50s, Gable's voice was husky to the point that audiences thought he sounded exactly like President Eisenhower.

Fred MacMurray: He had perhaps the warmest voice in movies, friendly, reassuring with steady rhythms. Female fans melted when he played love scenes. When he plays a killer in Double Indemnity, there's a devastating tension in audience sympathy.

Robert Mitchum: Mitchum's voice grabs an audience, even in the twenty-odd bit parts he did in 1943-44. His deep, penetrating timbre, full of chest tones, can't be mistaken. The Night of the Hunter brings us Mitchum's voice in top form. As the crazy preacher he delivers a backwoods sermon with ringing cadence, sings gospel hymns as he stalks his young victims, turning it into a song of menace, and, at a key moment, produces a scream of anger and frustration.

More voices from the great old films: Bogart in fast attack (The Maltese Falcon) and as an old salt (The African Queen); Charles Laughton in full theatrical thunder (Mutiny on the Bounty); James Mason's amused and malty voice (North by Northwest); George Sander's dandified pronouncements in All About Eve; Claude Rains purring sympathy in Now, Voyager or hissing in jealous rage in Deception; James Stewart's tour de force in the filibuster scene in Mr. Smith Goes to Washington; Dwight Frye's demented laughter from the ship's hold in Dracula; Karloff's raspy speech and chuckles in The Bride of Frankenstein ('Bread...drink...good!')

Great actors know the heft of a laugh, a line, or a single word, and they laugh it or utter it so that it lingers in memory.